We spent all day on the Isle of Lewis, first visiting the Calanais Standing Stones and then Doune Broch, a stone roundhouse.  By mid-afternoon we were at the Black House Village Museum, a collection of old stone houses.   The village of Arnol has moved several times, from the seashore further inland in 1735, and a few more moves over the years, until it reached its current site on the ridge in 1853.

This type of house was called a white house, to distinguish it from black houses which housed people and animals under the same roof.  The white houses were built in the 1900’s when legal pressures and health regulations started to demand that the livestock should be housed in separate dwellings. 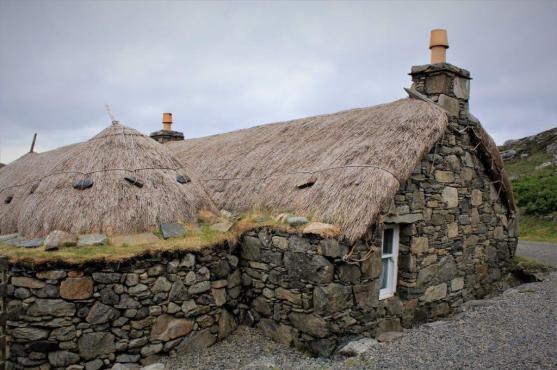 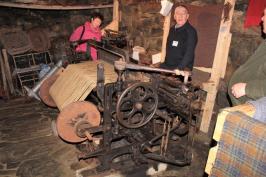 This fellow was demonstrating an old loom that wove the tartan fabrics used for blankets and clothing. 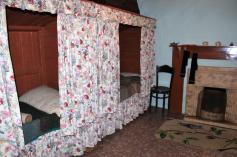 Many of these homes were lived in until recently when the museum was created in the village. 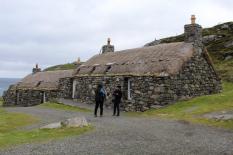 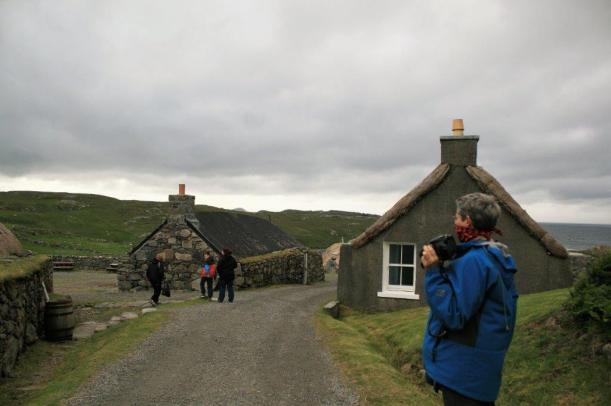 All the thick smoke from the smoldering peat fires was stirring up my asthma so I wandered the village wearing my carbon-filled bandana so I could breathe. 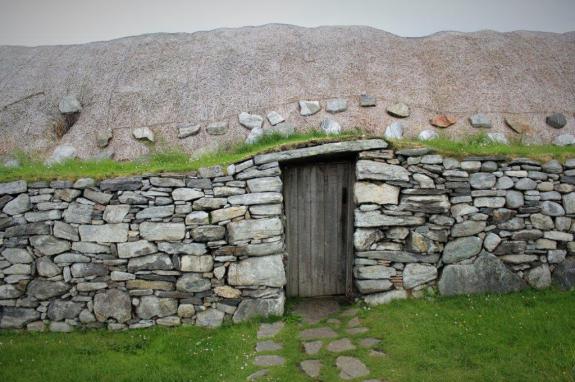 The Blackhouse was a residence for both animals and humans. There was no chimney and a peat fire was lit at all times in the center of the kitchen and living area.  The dwellings had thick stone walls and thatch-covered roofs.  Looking at the Blackhouse from the outside it is long and narrow, and its main feature is a thatched roof made of twigs and heather and overlaid with straw. The building is constructed from local stones with no cement between the stones.  The thick stone walls and earthen floor absorbed the heat of the fire. The earth core of the walls was good for insulation and also served to keep out draughts, and the chilly winds. The turf and thick thatch, heavy with soot, were also good insulators.

This is John’s photo.  I did not even attempt to enter the Blackhouse.  The smoke was so thick I couldn’t even stand near the open doorway.

Also at the Black house Village there were partial dwellings that had little signs telling you what the rooms were used for. 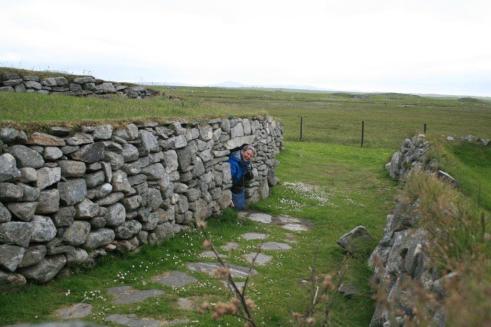 This low building had no fire so I was able to crawl inside. 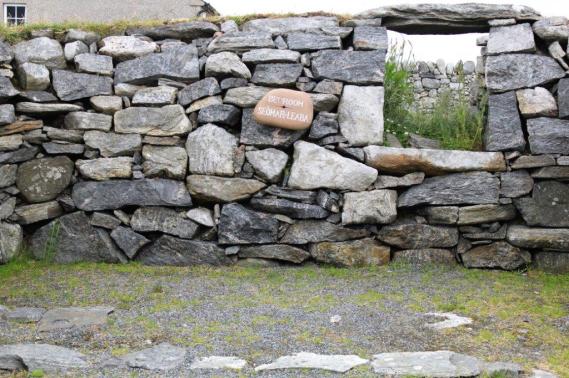 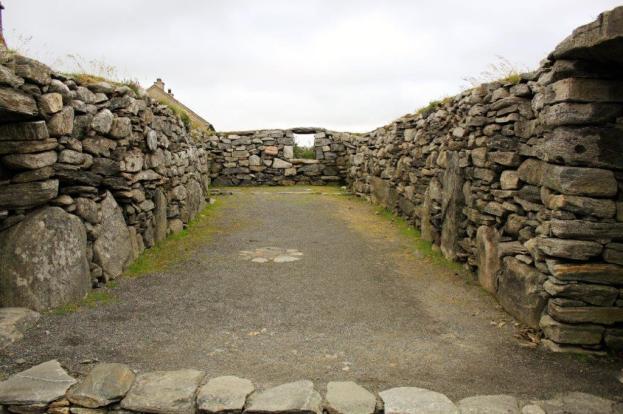 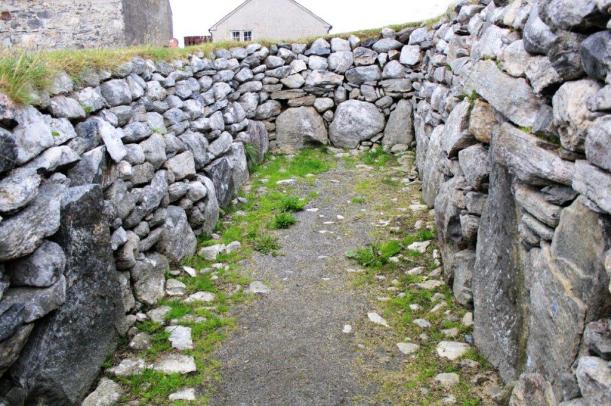 From the Black House Village we drove further up the coast to the Butt of Lewis; the most northerly tip of the island. 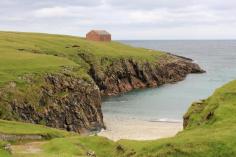 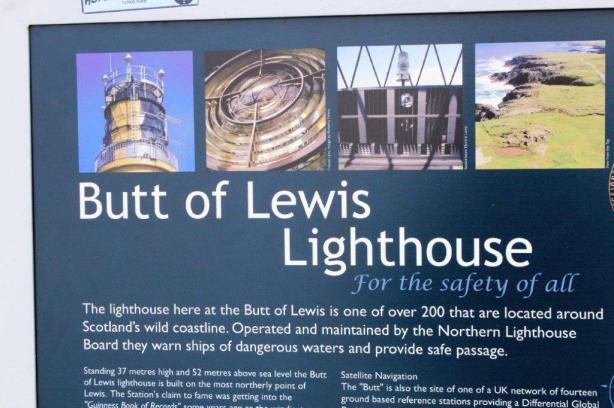 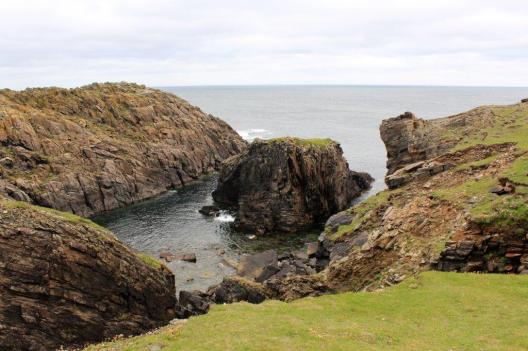 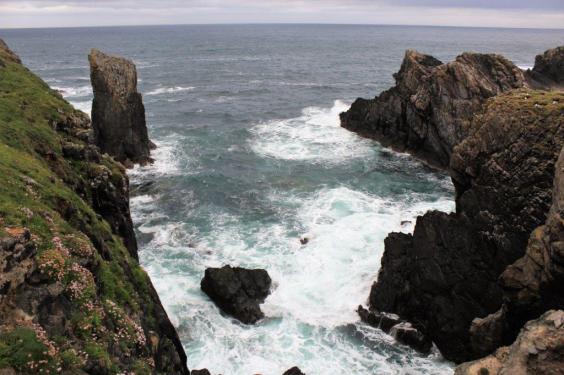 This northernmost point of Lewis in the Outer Hebrides lies in the North Atlantic, and is frequently battered by heavy swells and storms and is marked by the Butt of Lewis Lighthouse.  The sight of all the rocks offshore and the strong winds of the north confirms why a lighthouse was needed up here.

The area is also a favourite spot for bird watchers 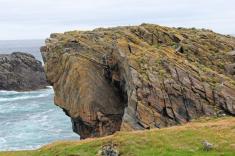 From the Butt of Lewis we drove back down almost as far as Black House and then cut across the island back to Stornoway. 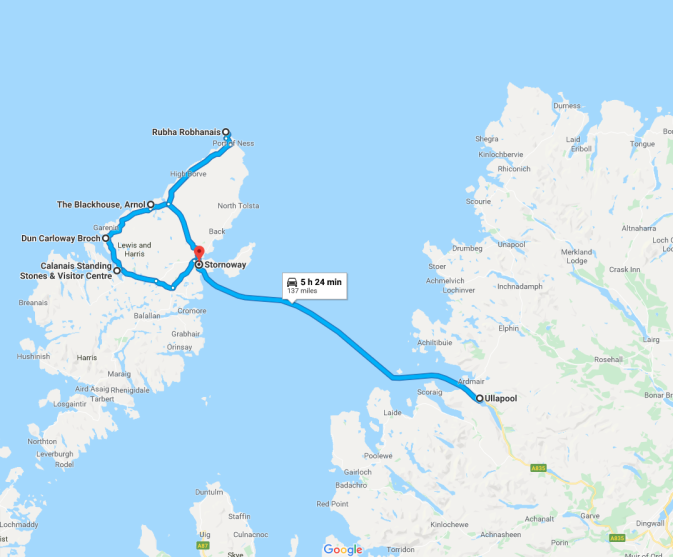 We spent the night in a very nice room at Thor lee Guest House and caught the ferry back to Ullapool in the morning.