Our drive from Fort Nelson in northwestern BC to Watson Lake, just across the Yukon Territory border took us all day – just over 10 hours.  It was a beautiful day, amidst gorgeous scenery, blessed by an abundance of animal sightings.

We were not far past our stop at the Folded Mountains information placard when we came across this lovely Cinnamon bear. 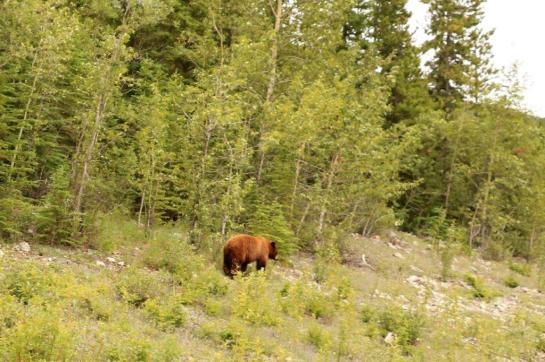 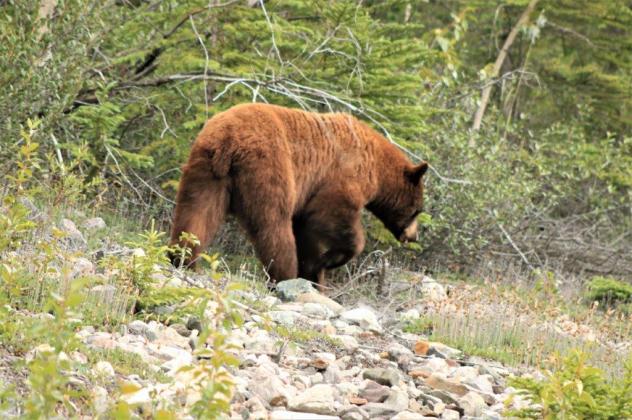 We saw our first Stone Sheep a few kilometers past the Cinnamon Bear. 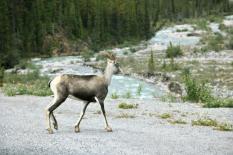 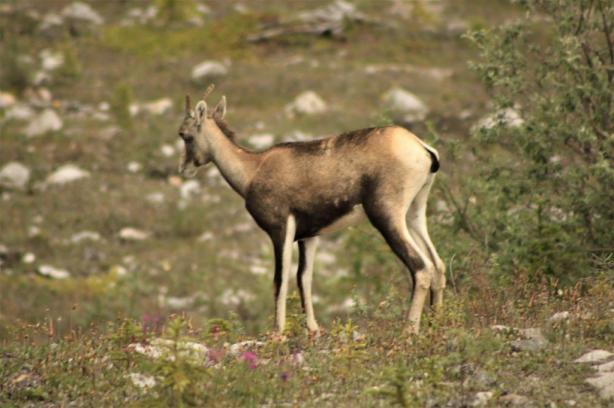 Muncho Lake is considered one of the primary jewels of the Northern Rockies.  It is a deep, cold, glacial lake.  It is long – 11 km (7 m) and 1.6 km (1 m wide).  When the sun is out, which unfortunately it wasn’t when we arrived at the bottom end, it is a brilliantly stunning green. 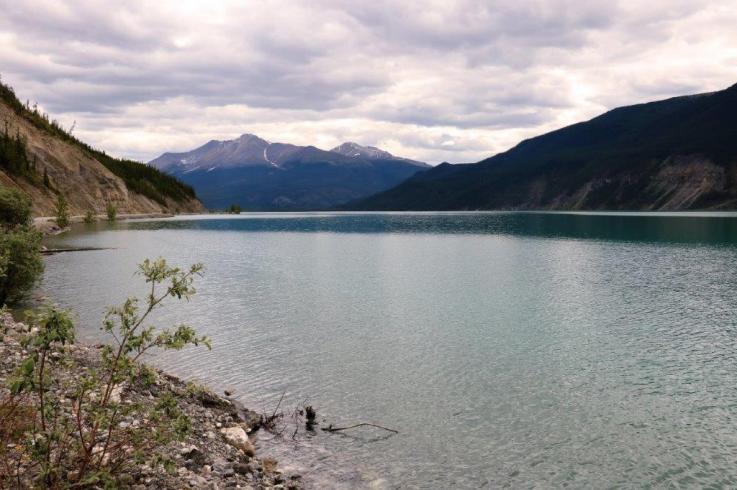 There was another pullout at an area frequented by Stone Sheep, although there were none in evidence.  But, the placards were interesting. 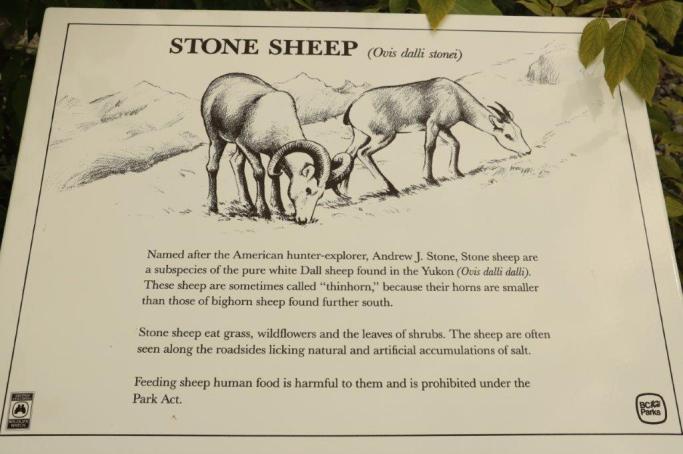 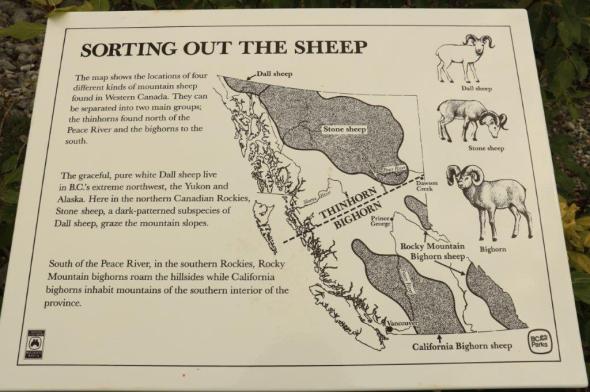 One of the vehicles we had been leapfrogging along the highway was a family from Texas.  Mom, Dad, and two adult daughters were on their way to Alaska.  We chatted to them several times.  We were already at the pull-out when they stopped and they were so excited to have seen a moose.  They did not see the Stone Sheep that we had seen earlier and they thought the big brown bear was a Grizzly due to the fact it was not black. (Black Bears come in black, brown, and even blonde).  We told them about the different colours of the black bears and also said that if they see another moose they have to hang onto it until we get there.  They told us likewise we were to keep any stone sheep we see until they arrive.

Sure enough, a few corners later this group of Stone Sheep were standing around on the road.  (They didn’t find a moose for us though.)

The kids are very cute.

I bet they are very happy when they are finally be rid of all the itchy winter hair.

We pulled into Muncho Lake Provincial Park and by then the sun was brighter so the colour and reflections were lovely. 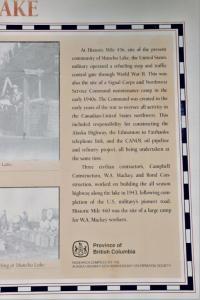 More sheep. They lick the salt left from the winter road clearing. 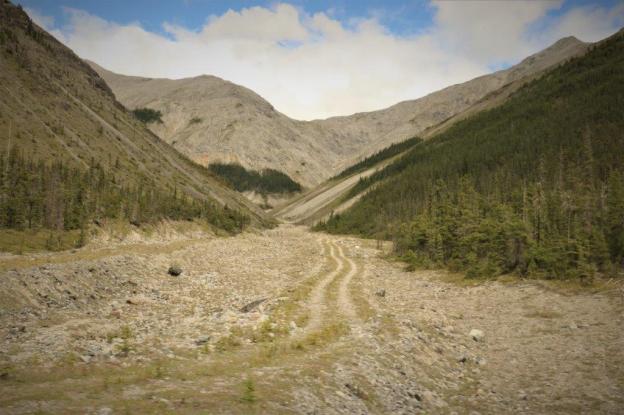 Our next critter viewing was Bison.  We had not seen one all day and over the next hour or so we saw several groups of them or lone males. 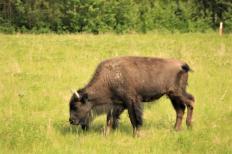 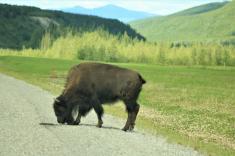 The geocache map told us there was a cache hidden at Smith River Falls so we had to go find it. 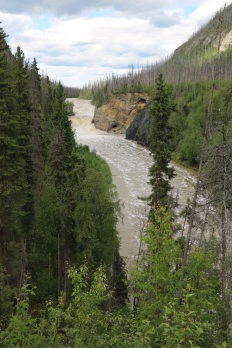 There was also a cache hidden at a place called the Whirlpool.  There was a huge pile of drift wood that had accumlated over the years during high water. 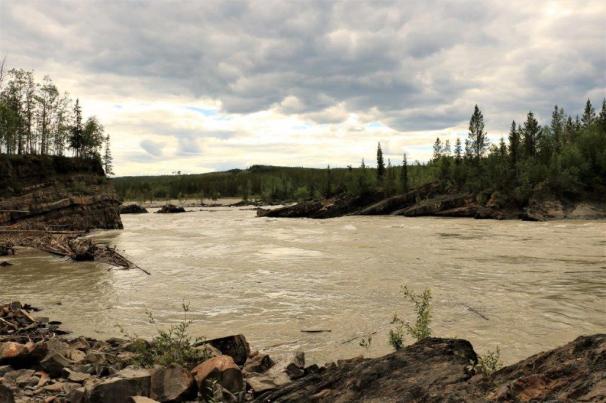 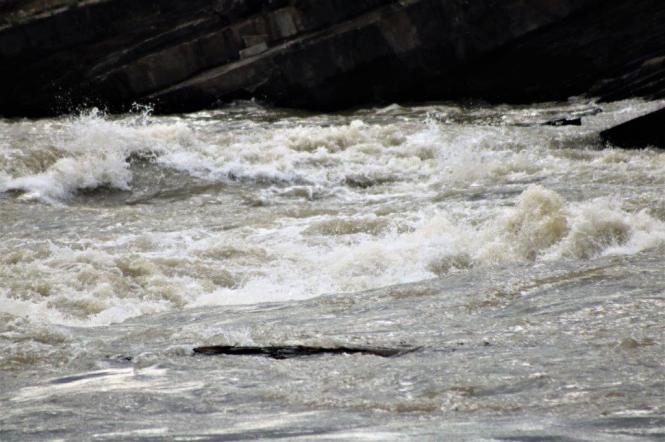 The Alaska Highway goes from BC into the Yukon and back into BC again about 6 times.  This is an ‘unofficial’ sign at one of the crossings.

Contact Creek is an actual creek but the real claim-to-fame of the spot is the meeting of the southbound and northbound teams of the Alaska Highway in September 1942.  It took another month for the road to be officially opened by dignitaries and used by the military. 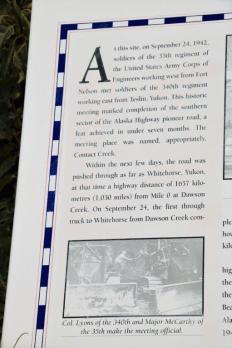 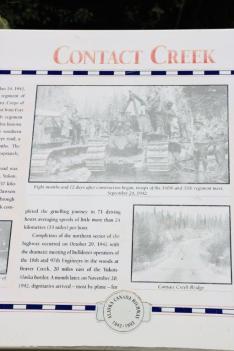 This is an official Welcome to the Yukon sign.

The last two critter sightings before we arrived at Watson Lake. 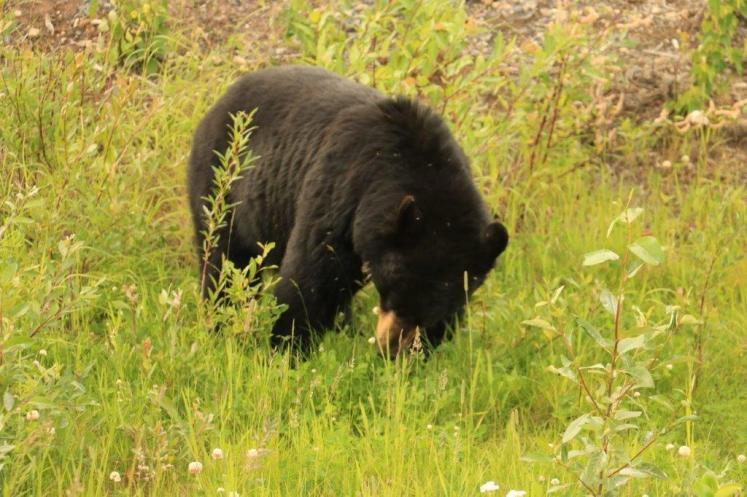 We checked into our hotel, found a place to eat dinner, and then went to see the 8:30 pm show at the Northern Lights Center where we saw two shows: one explained how the northern lights come to be (residual energy from plasma eruptions on the sun’s surface) and the second one on how they got the name Aurora Borealis and when and where to see them best.  There was some spectular photography of the lights.

Back in our hotel it was now after 9:30 pm and we had been up and on the move since 6:45 am.  I loaded my photos from the day onto the laptop, sorted through about half of them and went to bed.  The next day we drove to Whitehorse where we are booked for two nights in a hotel right downtown.