There had been weather predictions for rain the last couple of days and today it came true.  We woke to pouring rain blown sideways by the wind.  Apparently there had been horrendous thunder and lightning at 6 am but I slept through it. 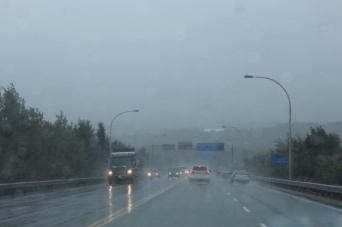 Today was basically a travel day.  We stuck to our coast road even though it wouldn’t be very scenic with the heavy clouds and rain, but if you drive through the interior of Nova Scotia from Halifax to Antigonish on the freeway all you see is trees.  I would rather see some coves and harbours than just trees.  I can see trees at home.  Of course, I can see water at home too, but it isn’t salt water which is an important distinction! 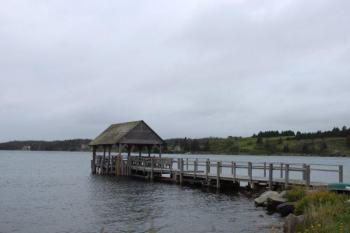 The rain stopped and started all day.  During one of the stoppages we paused at a picnic park for a light lunch.  That was our only stop until we reached Canso and the Grassy Island National Historic Site. 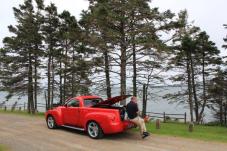 Grassy Island is a 7 minute boat ride off the coast of the little SE town of Canso.  Unfortunately due to the high winds we couldn’t go over to the island.  There are only archaeological excavations and traces of what was once a busy fishing community but you get a 15-minute walking tour around the place.  We were, therefore, limited to the small interpretive center, but as with all the Canada Parks sites we have visited, it was well laid out and interesting. 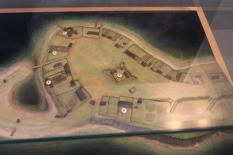 Grassy Island was frequently fought over between the British and French (like pretty much everything in this part of the country) because it is a prime fishing area with a protected harbour.  The cod would be caught from boats one at a time with a hook and line and in a season 8,000,000 fish would be brought in.  It was dried on racks and shipped to Europe, if it was of a good quality or to the Southern States and the Caribbean if it was poor quality as food for slaves.

The end of the community came in 1744 when the French, in retaliation to a raid by a British Captain (who had no orders or authority to do so) raided a French fishing community.  300 French troops arrived at Grassy Island, which was very poorly defended and surrendered quickly, and burned all the fishing sheds, racks, homes and the run-down fort to the ground.  It was never rebuilt and remains uninhabited.  In 1978 excavations were begun at several places on the island and five stories of life on the island were pieced together.  Archaeological work is ongoing. 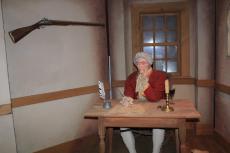 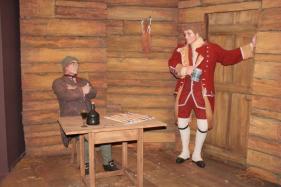 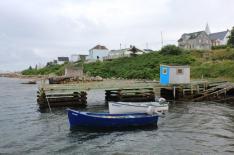 From Canso we drove up to the north coast and then westward for about 30 km to Antigonish; a university town with a population of about 5,000.  We are spending the night in the O’Regan Building, one of two new residences on the campus of St. Francis Xavier University.  They rent the dorms out during the summer season.  This campus is full of tidy brick buildings, but the twin Riley and O’Regan buildings are really nice – very New England Colonial looking.