Our last day in Halifax was supposed to be a cloud and showers day.  It was quite windy and overcast when we left the hotel, but it turned out to be a much better day than forecast.

There were still a few things on the to-see list so our first order of business was the Atlantic Maritime Museum. There were lots and lots of ship models in there  (and two originals moored outside that you could tour).  There are a couple of fellows – members of the ship model builders guild – who make them.  One fellow is 77 years old and has been working on a model of the Halifax Harbour as it was in the 1800’s for 26 years.  They hope to have it finished this year.  He was there today working on a model of a cruise ship. 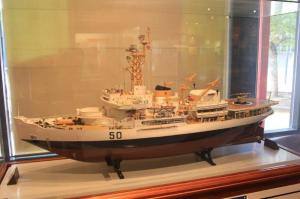 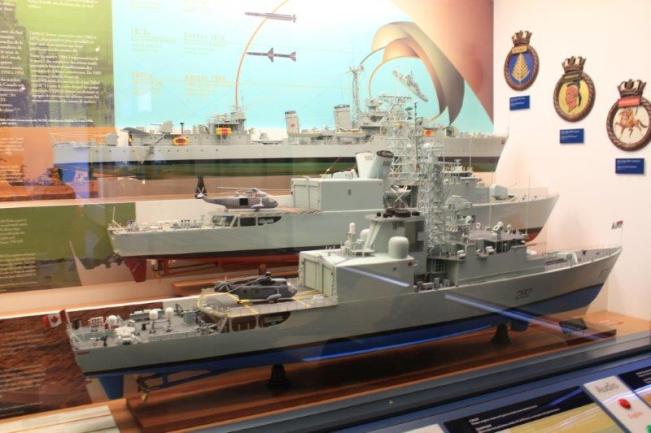 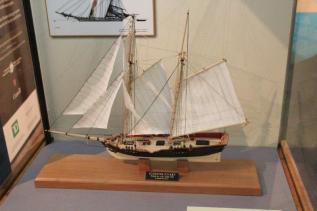 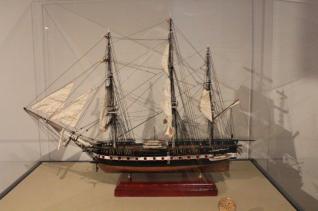 The Liverpool Packet, a privateer boat that served on both sides of the war between the British and the USA

The USS Constitution, built in Canada for the US in 1797 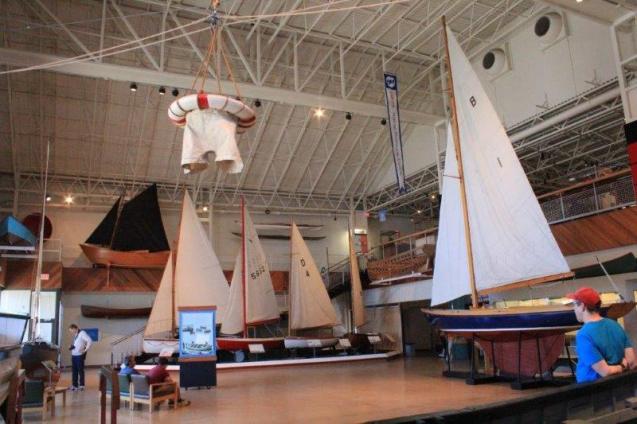 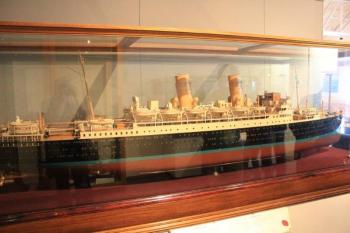 The Duchess of York 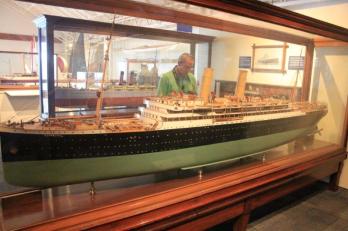 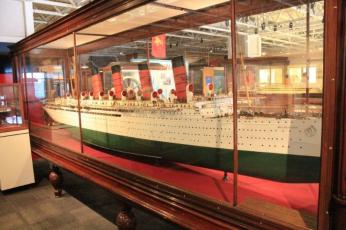 Also in the museum was a really good, albeit heart-wrenching display about the Halifax Fire of Dec. 6, 1917.  I had read about it many years ago but had forgotten a lot of the particulars.

At about 8:45 am the fully loaded French cargo ship SS Mont-Blanc collided at slow speed (about 1 1/2 miles per hour) with the empty Norwegian vessel SS Imo.  The Mont-Blanc was carrying highly explosive benzol ( a type of gasoline) in barrels on the open deck.  The lower decks were packed with TNT and other dangerous goods on their way to Bordeaux, France for the war effort. 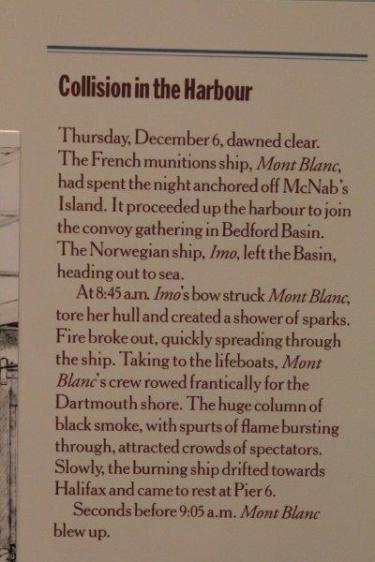 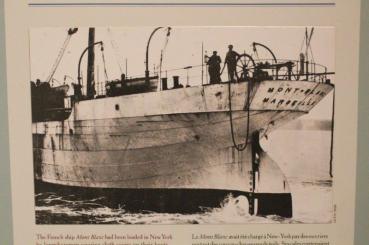 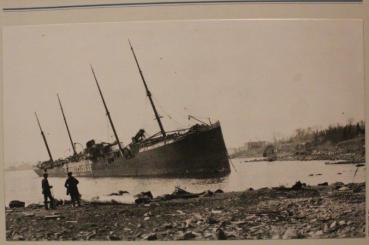 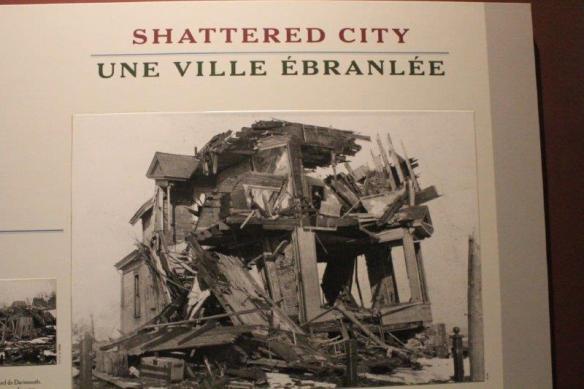 Fire immediately broke out on the deck and 20 minutes later the ship exploded.  It was the largest man-made explosion prior to the development of nuclear weapons.  1 sq. mile was flattened – totally destroying the community of Richmond.  A university professor has estimated that 2400 metric tons of explosives blew up. 1,250 people died instantly, over 9,000 were wounded, 6,000 were homeless and 25,000 people lacked adequate shelter.  The blast was felt 483 km away.  Part of a 517 kilogram anchor was found 3 km away and a gun barrel flew 5.5 km.  The death toll was 8 times that of the Chicago Fire and 4 times that of the San Francisco Earthquake. 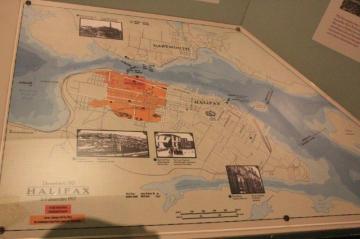 A railway telegraph operator sent this message: “Hold up the train.  Munitions ship on fire and heading for Pier 6. Goodbye boys.”  Soldiers awaiting shipping out to the Front took charge and secured the area, cleared a roadway about 5 feet wide and helped find the bodies of the dead and rescue the injured. 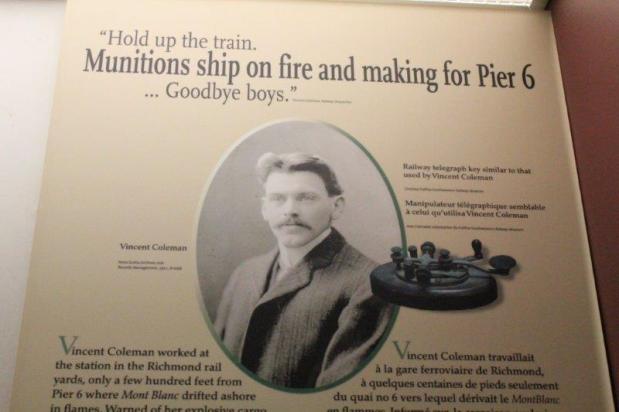 The pressure wave of air broke trees, demolished buildings, blew the glass out of every window, bent the railway’s iron rails and sent fragments of debris flying kilometers away.  One little girl was blown 1/2 kilometer and survived, but she lost her entire family.  One lady that was on the movie clip lost 25 members of her family. 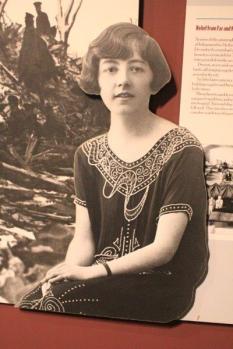 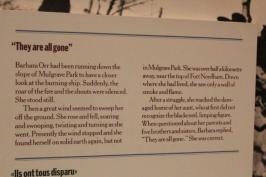 The tsunami emptied the harbour and destroyed a Mi’kmaq First Nations community that had lived at Tuft’s Cove for generations.

Relief and aid immediately poured in from all over the place.  The state of Massachusetts sent a warehouse of goods and building materials. The Province of Nova Scotia sends a Christmas tree to Boston every year as an ongoing thank you.  Streets of the rebuilt city were named for the state and the governor of the day.  The T. Eaton’s company sent railway cars of household goods and people could just come and get whatever they needed. 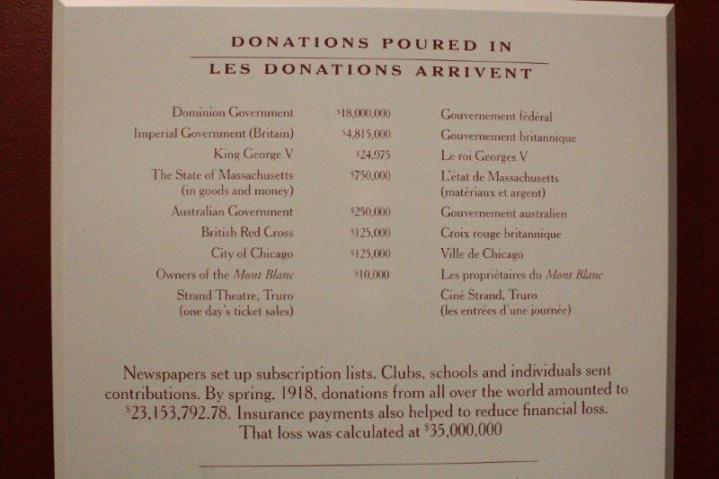 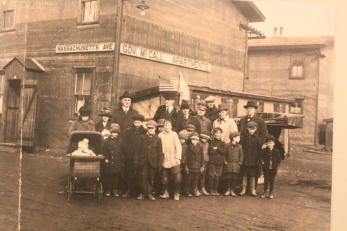 Governor McCall of Massachusetts came to see the rebuilding progress. 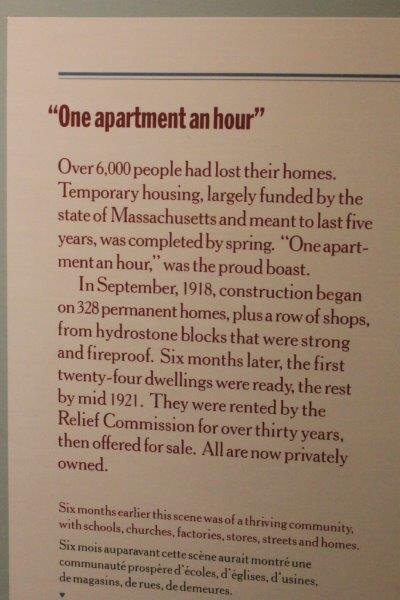 And one of the worst blizzards in the history of the area hit the next day so many of the injured that were trapped in debris froze to death. What a horrible tragedy – and in the middle of a World War too.

We wandered the waterfront boardwalk down to The Historic Properties – seven business and warehouse buildings that have been preserved and have become a mini-mall of shops. 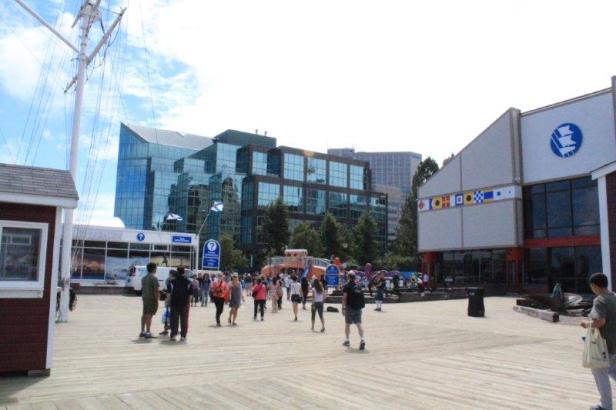 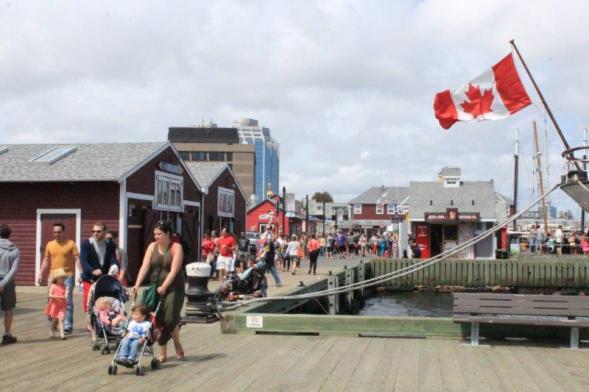 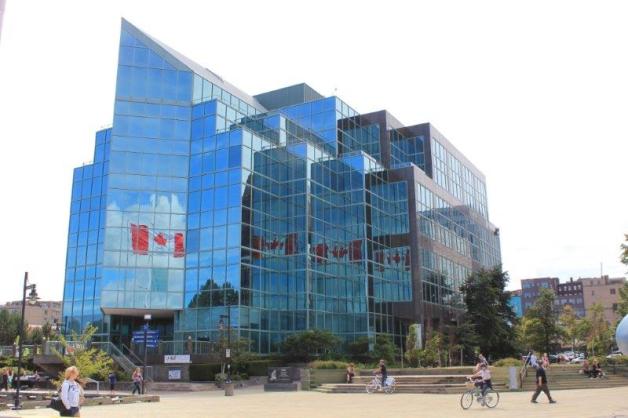 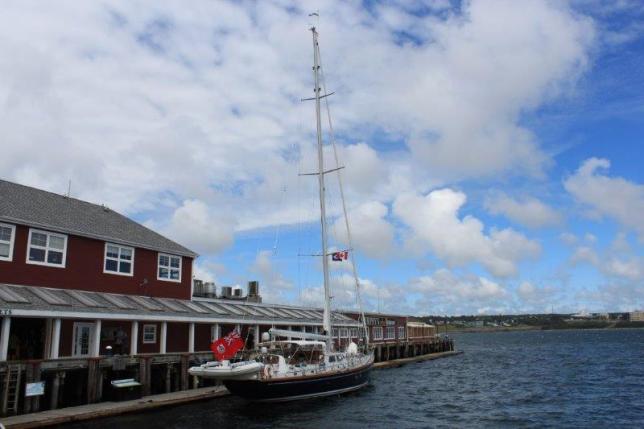 On our way into town this morning I noticed the top of a tower poking above the trees.  Our hotel is a little drive west of the downtown and there is an inlet called the Northwest Arm dividing the west side of Halifax from the area our hotel is located.

I had looked, unsuccessfully, on the map several times trying to find Dingle Road because there is a tower, Dingle Tower, that was built between 1908 and 1912 to commemorate the  150th anniversary of the 1758 convening of the first elected assembly in Canada.  When I spotted the tower I searched the area of my map that it looked to be in and found Dingle Road so after we had wandered around the waterfront we went looking for it.

And I had guessed correctly, this was Dingle Tower.  It was in the Sir Sanford Fleming Park.  Sir Fleming had a summer home on the shore of the Northwest Arm when he lived in Halifax in the 1880’s that he called Dingle.   He donated 95 acres of the estate to the city of Halifax for a park and suggested the Memorial Tower be built.  Donations were received from all across Canada and many parts of the world, especially the British Empire.  There are 122 steps inside the tower but by the time we got to the top the sun was shining and we enjoyed a glorious view.  Sir Sanford Fleming, by the way established Universal Standard Time in 1884 and designed the first Canadian postage stamp in 1851. 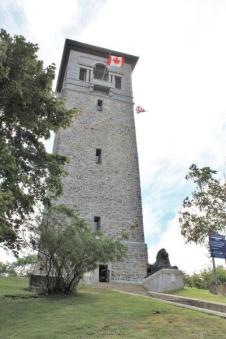 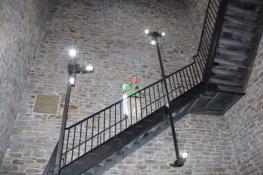 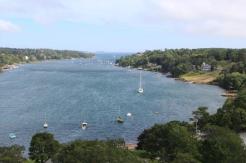 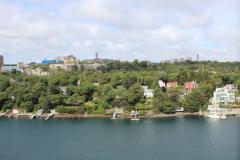 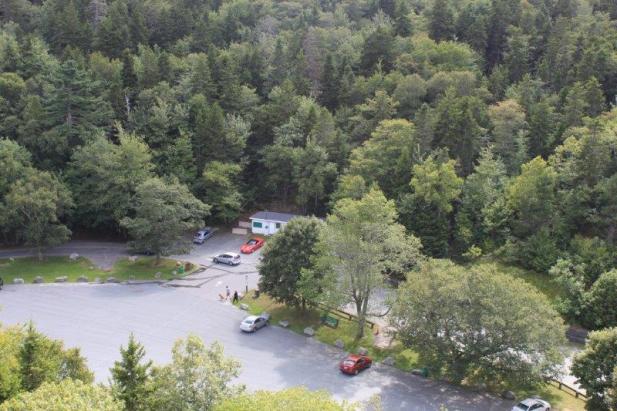 I apologize for the wordy blog today, but the story of the Halifax Fire is, for the most part – outside of the Maritimes – a not often remembered one and I felt it should be shared.  In 1991 the National Film Board made a 1/2 hour documentary on the disaster. We watched the film at the Museum.  I don’t know if it would be available online but it is well worth a watch if you can find it.