Have you ever had to work on Plan B rather than Plan A?  Or perhaps even Plan C?  That is how today went: a constant change of plan. Fortunately none of our plans are set is stone so they are easy to change. 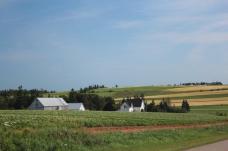 The re-scheduling began not long after we left Charlottetown.  We were going to do a 45 mile scenic drive that was highlighted in one of my Daddy’s travel books, but we missed a southward turn, drove too far westward to want to go back for such a short drive, and decided to continue on to see a garden in Burlington that had replicas of English castles and buildings set among English country gardens.

We found the place but it was closed and for sale.  Plan C – follow the current road all the way to the east cast to Parks Corner and see the Anne of Green Gables Museum.  Parks Corner is further down the coast from all the other Green Gables attractions around Cavendish so I thought this would work well for later if we didn’t have to come this far east when we were doing the Anne thing.

We pulled into a viewpoint overlooking the picturesque village of French River.  Totally a typical Maritime image!  And on such a nice sunny day it was a lovely view. 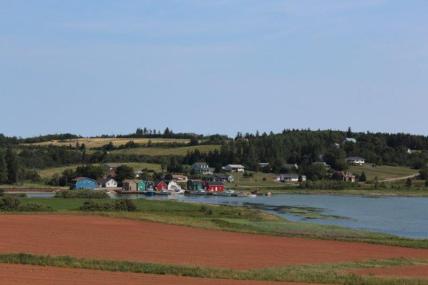 The Anne of Green Gables Museum is located in the farm house of the author’s aunt and uncle.  Lucy Maude Montgomery spent many happy visits there.  She called the place “Silver Birch” and used it as a setting for her “Pat of Silver Birch” story.  The farm is still in the Campbell family. 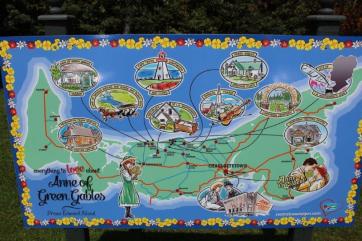 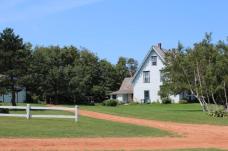 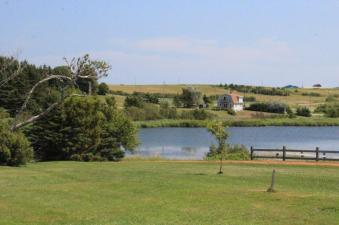 This is “The Lake of Shining Waters” in her books.

We continued around the point and headed south to Kensington via a little loop road detour to see the gorgeous black and white St. Mary’s Roman Catholic Church at Indian River. 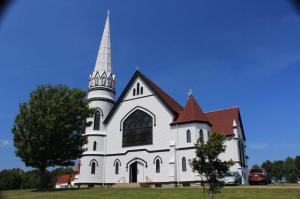 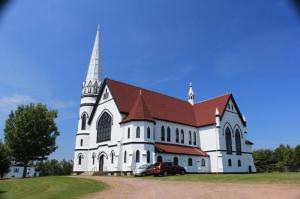 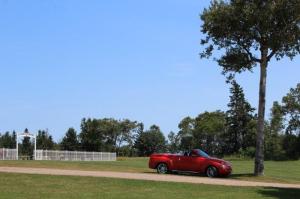 Poppy rested in the shade.

I wanted to check out the Kensington Water Gardens that had flower beds amid ponds, fountains, streams and waterfalls and a Tudor Mansion that had a sound-and-light show and a medieval street you could walk down.  The Tudor Mansion is now a haunted house and the water gardens have been covered with a kiddie amusement park.  We are now on Plan D. 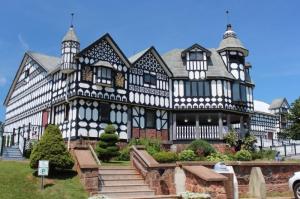 We are spending the next three nights in Summerside, which is only 26 km from Charlottetown if you take the main road straight up. There were three things I had on my list to see here.  Since we had gotten into town so much earlier than expected we decided to start checking them off.

The first one we found was the International Fox Museum.  From the early 1900’s until the mid-1940’s there were many silver fox breeding farms on PEI.  The sale of these rare and valuable pelts helped the Island weather the Depression much better than many other places.

A silver fox is a genetic anomaly in a regular red fox.  Because of the rarity of finding them in the wild they were much sought after by the rich and famous for furs in the early part of the 20th century, especially among European and British royalty.  It was a fascinating story of selective breeding and competition.  By the 1940’s there were over 3900 fox farms on the island with over 99,000 foxes living on the farms.  There were even fox shows, like dog show, where the foxes were beautifully groomed and graded for quality by the judges.  A pair of breeding silver foxes would sell for $5000 each in 1910.  And a top quality pelt would fetch $25,000.  But a change in fashion and a saturation in the market closed the industry in the early 40’s.  I had never heard of this business before.  What an interesting tale. 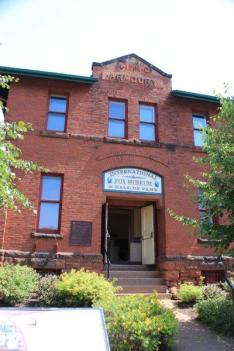 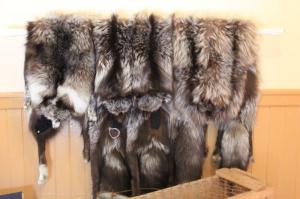 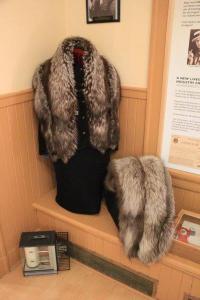 When we were in Charlottetown I saw a card advertising a display for the 150 years of the Summerside Fire Department.  It was located on the upper story of the old Armory Building; which just happened to be upstairs in the Fox Museum!  The Fire Station is next door so after we were done looking at the displays we wandered over and John spent a happy 3/4 of an hour chatting to one of the firemen and checking out their new and antique equipment. 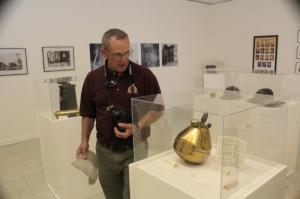 This was a fire sprinkler.  We had never seen one like it before. 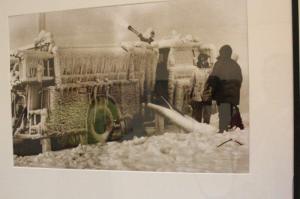 Some of the photos from the 150 years of Summerside Fire Department. 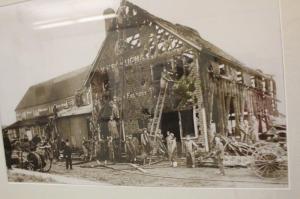 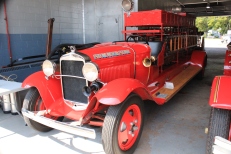 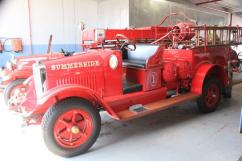 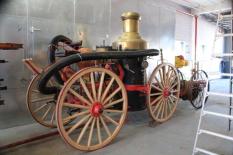 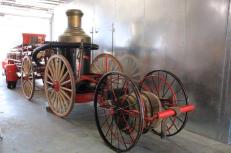 The last thing in on my list was the Wyatt Heritage House.  Built in 1897 it was lived in by J. Edward Wyatt’s family and his two spinster daughters until they died, the eldest was 102 at the time. She gifted the house and it’s contents to the city.  It took two years to get it set up for a museum and they are still cataloging things stored in the attic.  We had a nice Acadian girl guide us through the house and tell us all the stories.  J. Edward Wyatt was a prominent Conservative MLA and was Speaker of the House in PEI in the early 1900’s.  He made his fortune in mortgages and loans.  Some of the treasures in the house were collateral from failed loans. 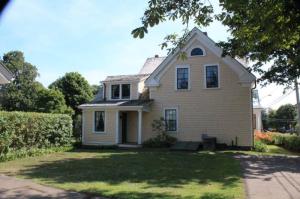 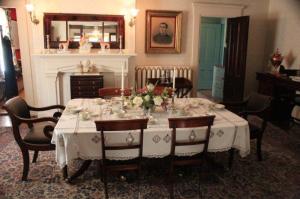 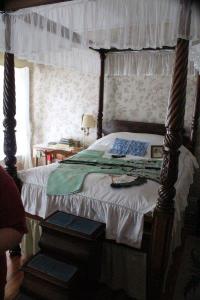 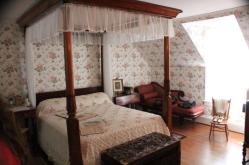 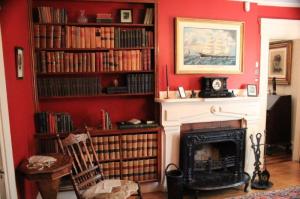 It was a good day, albeit one that took a lot of twists and turns.  But…that is what makes our type of travel fun.