It was almost 4:30 in the afternoon before we arrived at Scone Palace (pronounced Skoon), which is located about 2 miles north of the city of Perth.

For centuries Scone Palace has been the home of the Murray family, the Earl of Mansfield.  The original palace of 1580 was rebuilt in the early 19th century and is one of the finest examples of late Georgian Gothic style in Great Britain. 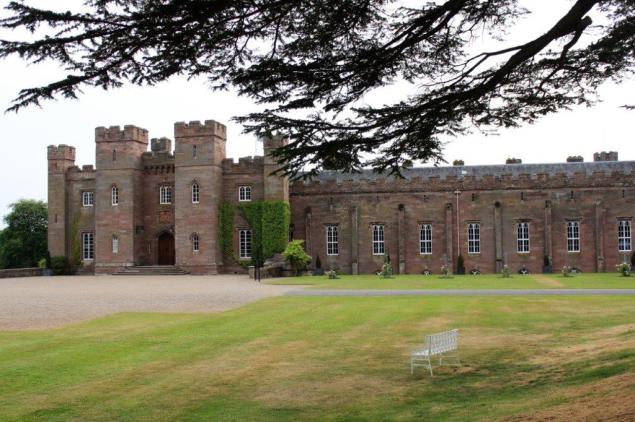 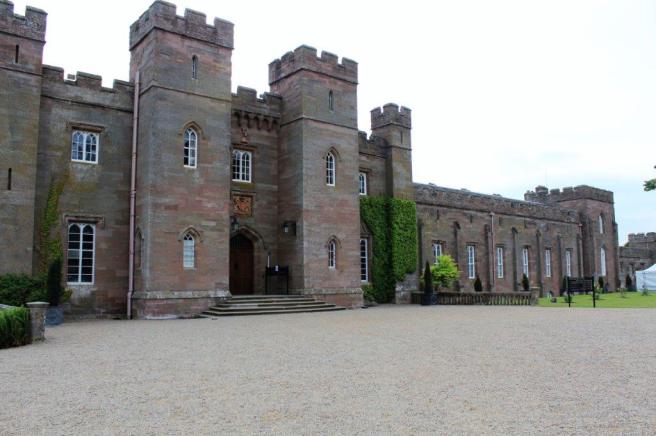 Scone was the ancient crowning place of Scottish kings on the Stone of Scone, also known as the Stone of Destiny.   MacBeth, Robert the Bruce and Charles II were all crowned here.  The stone was taken to Westminster Abbey in London by Edward II in 1296 and only returned to Scotland in 1997.  It now resides in Edinburgh Castle.

Scone was an ancient gathering place of the Picts, and was probably the site of an early Christian church. The place of coronation was called Caislean Credi, ‘Hill of Credulity’, which survives as the present Moot Hill.   In the Middle Ages the mound was marked with a stone cross, but this disappeared, probably during the Scottish Reformation in 1559, when the Abbey buildings were sacked by a mob from Dundee that was led by John Knox.

From 1114 to 1559, Scone was one of Scotland’s major monasteries and later abbeys.  All that remains today is the small Presbyterian chapel atop Moot Hill, which in reality is just a slightly higher piece of land across from the main palace grounds 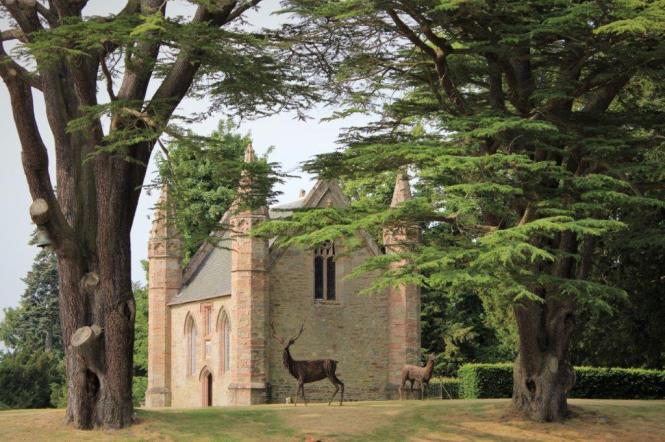 The  deer  are  statues. 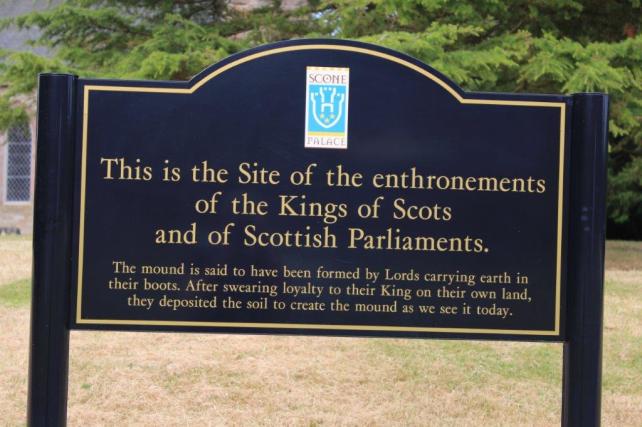 A replica of the Stone of Destiny is near the chapel. 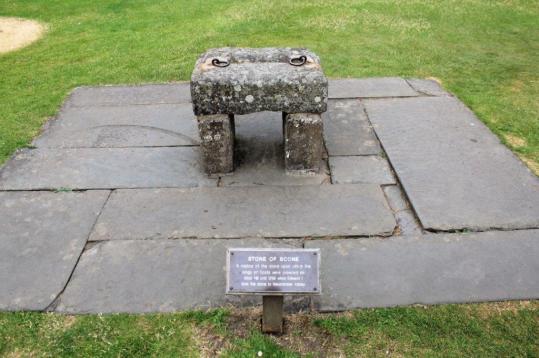 The village of Scone at one time was situated within the grounds of the palace.  The medieval house was rebuilt as a Gothic mansion in 1803 and when the grounds were landscaped two years later, the entire village was moved two miles away and became known as ‘New Scone.’

One of the things that the gardens at Scone Palace is famous for is the Star Maze.  This gorgeous maze was designed by international maze designer Adrian Fisher. (Who knew that could be a career?)  The large maze is made of 2,000 copper and green beech trees to reflect the Earl of Mansfield’s family tartan.  The five-point star is part of the family emblem.  I copied the photo below from an internet site to show the size of the thing.  There is a nice viewing platform where you stand above the maze and watch people try find their way to the center. 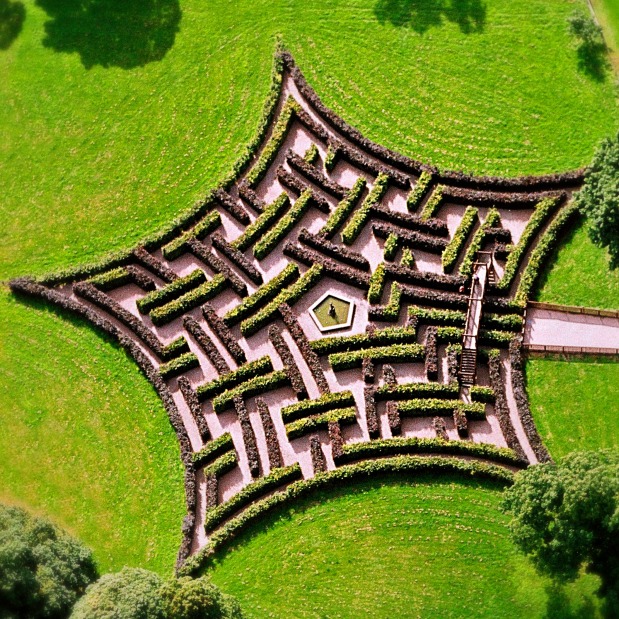 We arrived back in our hotel in Blairgowrie at 6:15, had dinner and settled in for the night after another wonderful day in Scotland.