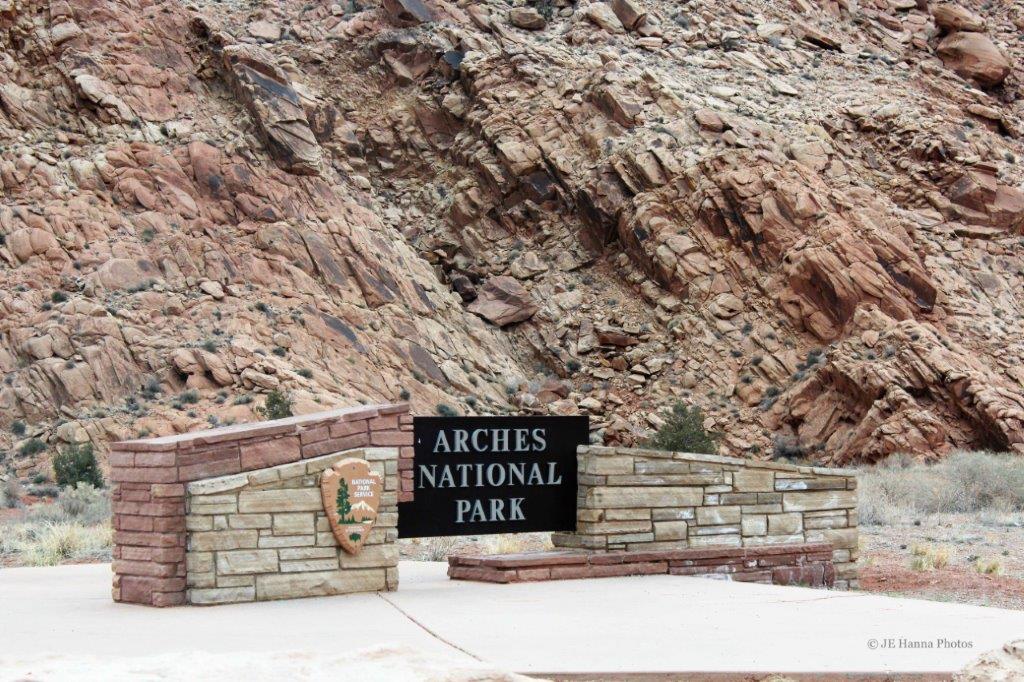 Arches National Park is the most easterly of the southern Utah parks, and is only about 35 miles from the Colorado/Utah border.  For the second day in a row the weather was not the greatest with heavy clouds and smatterings of rain for most of the day.  The sun came out as we were leaving so we did get some nicer shots later.  And, once again, this blog, like all the others of the various parks we visited on this trip, is more a photo blog than anything else.  If you are sick of red rocks, you are free to leave. 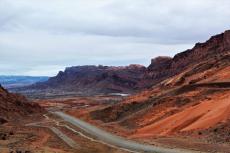 An expansive view of the Park Avenue Trail Courthouse Towers 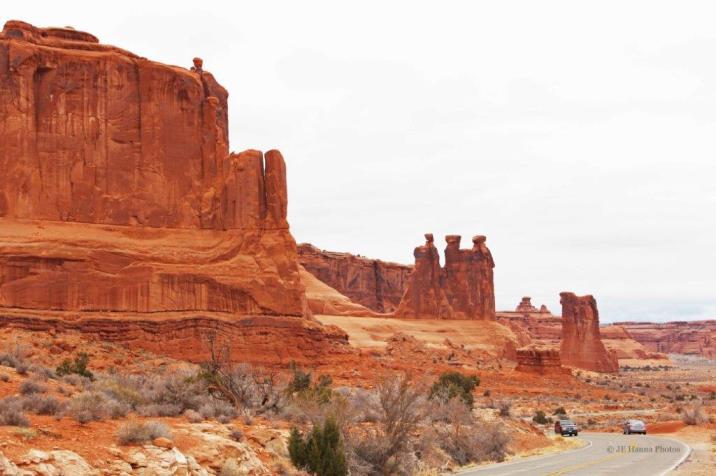 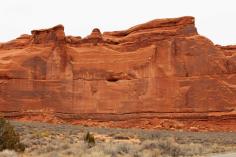 There are always people who want their picture taken and who then offer to take ours as well.  Usually we decline, but this day we said yes and the fellow took a couple of good ones. 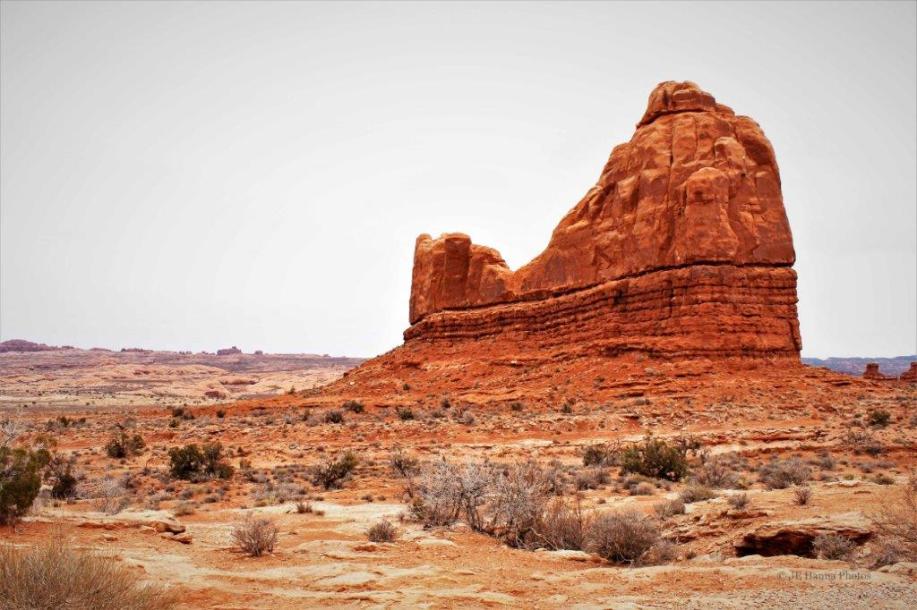 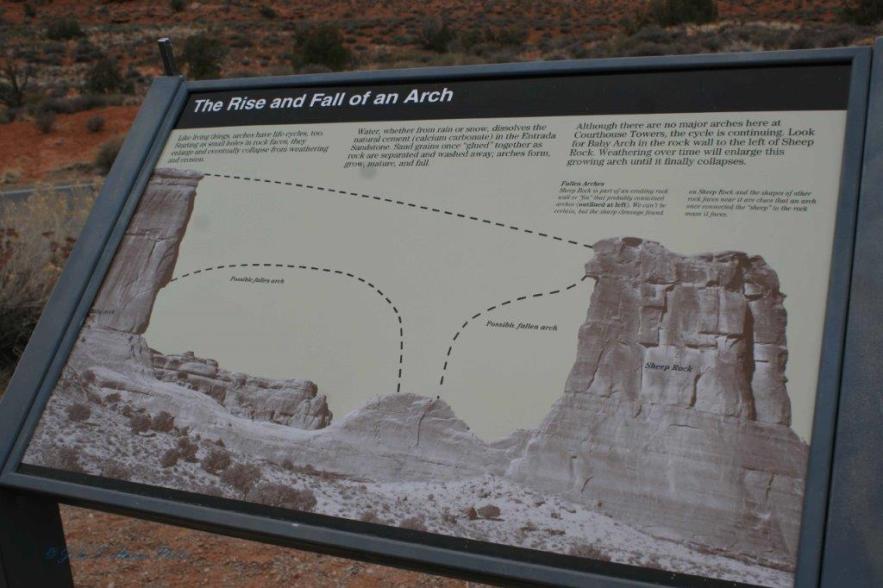 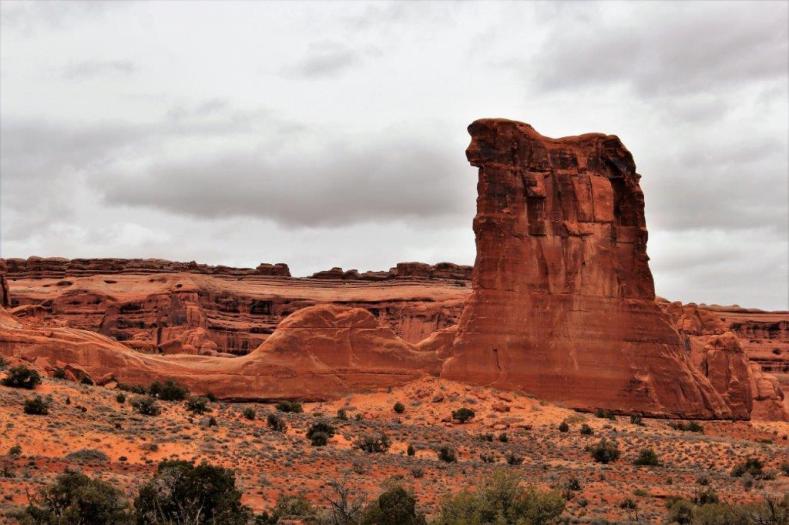 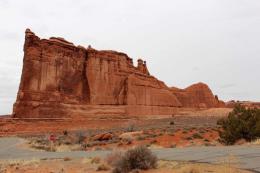 Whenever there is a large, long view or viewpoint I like to take a series of shots and then stitch them together.  It makes for some narrow photos but I like the sense of scale that the image gives me. 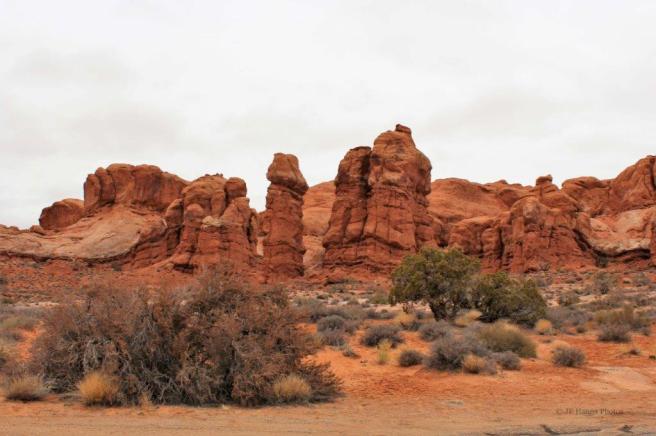 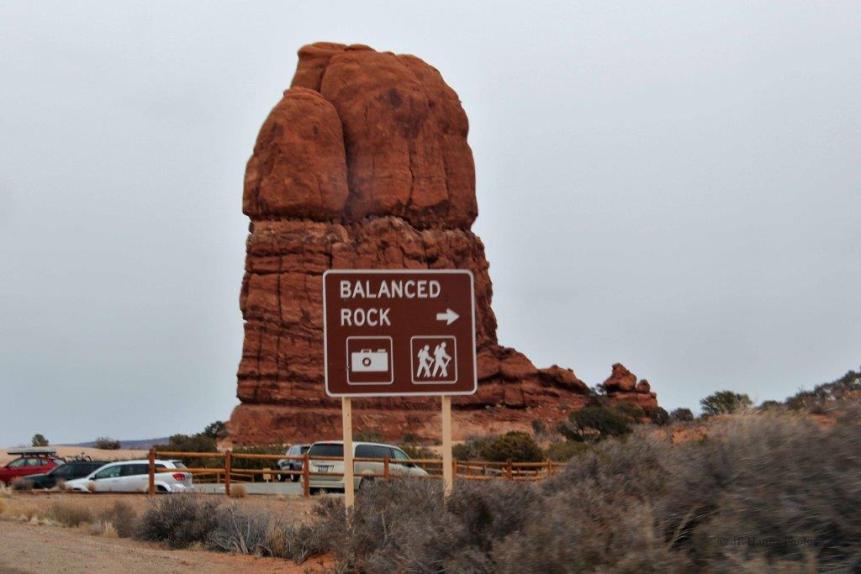 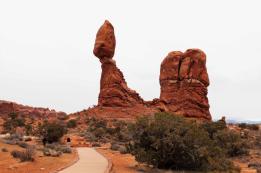 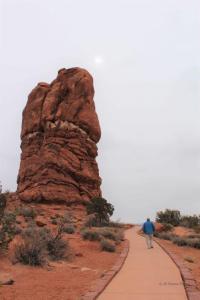 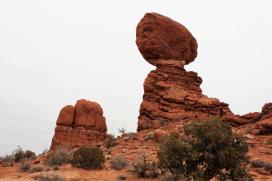 Rock pinnacles of hundreds of different shapes were everywhere throughout the park. 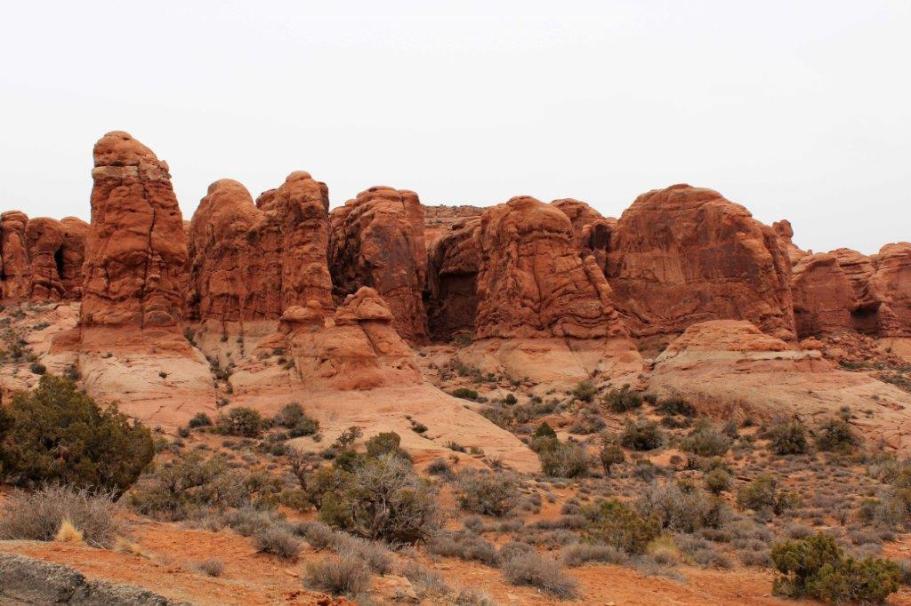 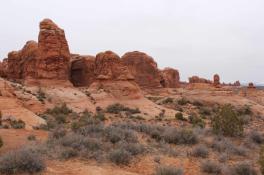 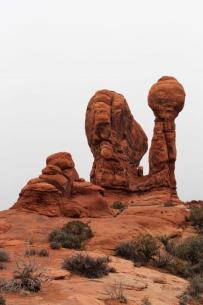 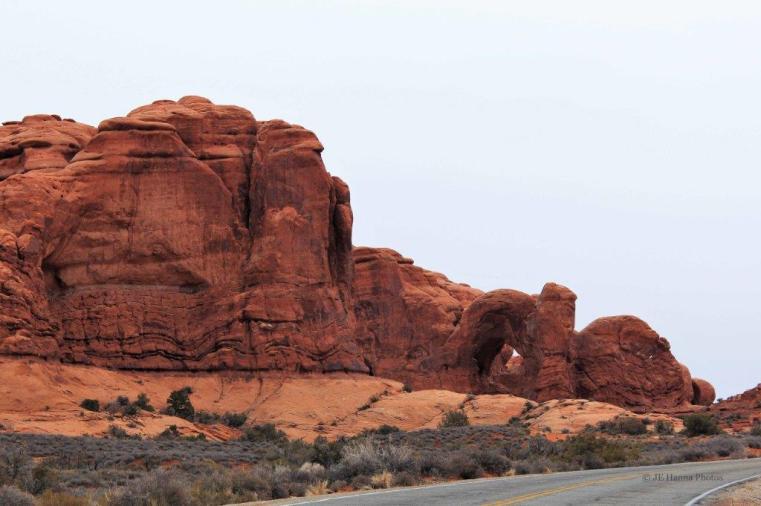 From Balanced Rock we drove down a side road to see The Windows Section: Cove Arch, Double Arch, Turret Arch and the North and South Windows. 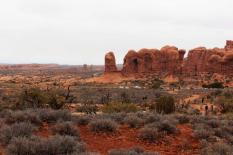 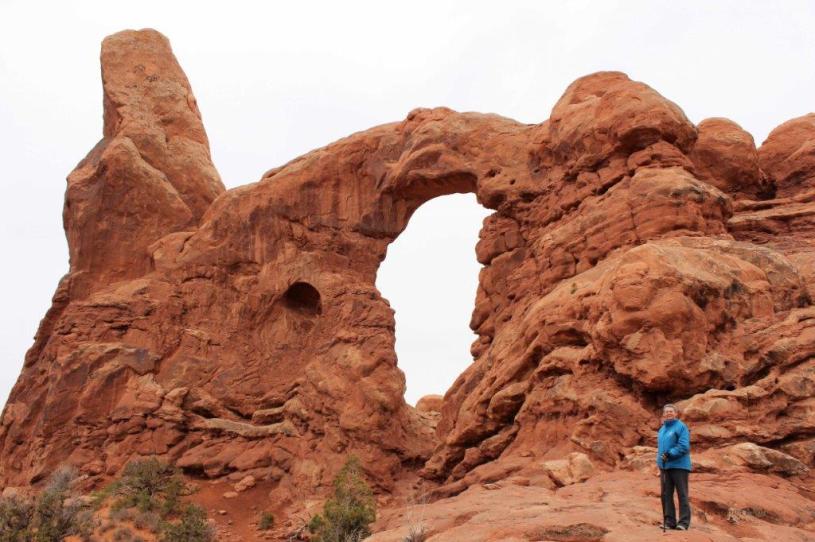 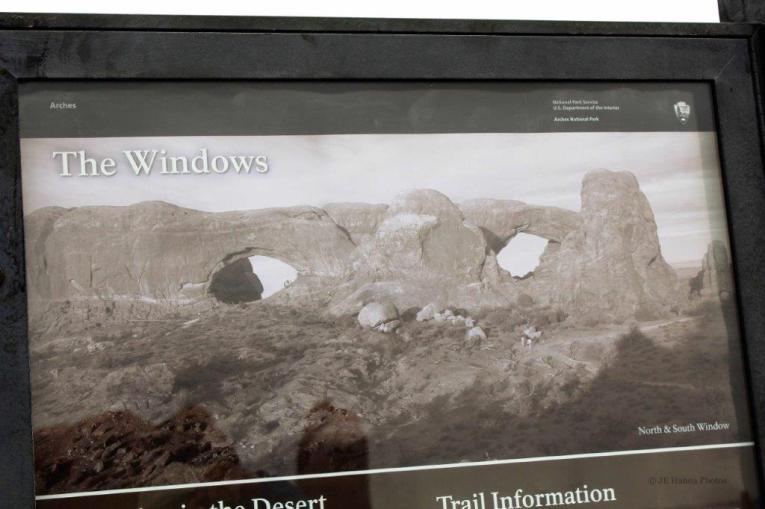 Look ma – I took the same picture!  Except I added a person for scale. 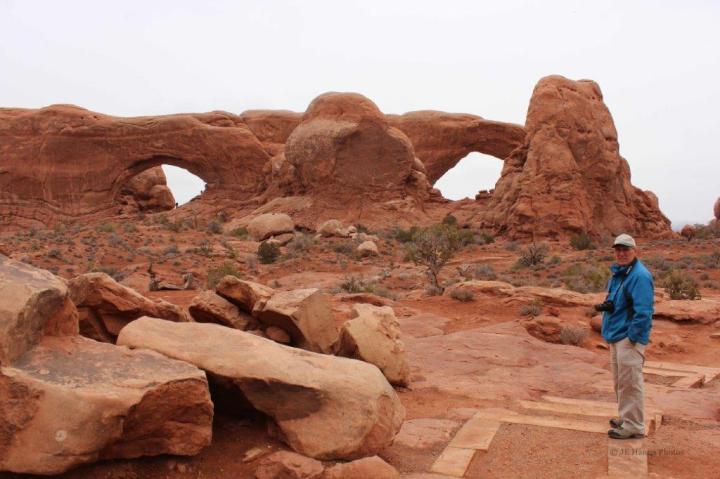 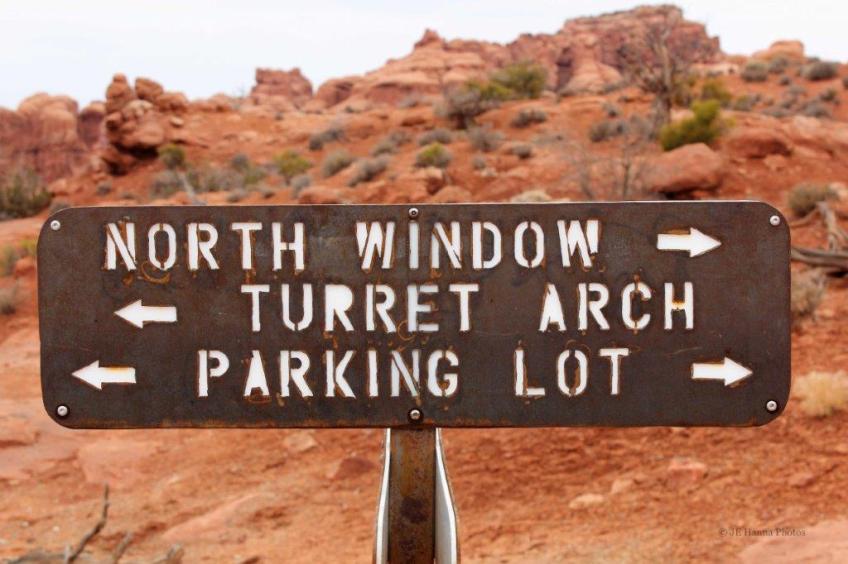 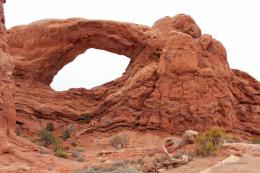 The trail took you on a loop so you walked all the way around the two windows. 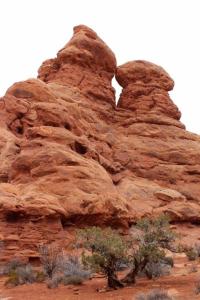 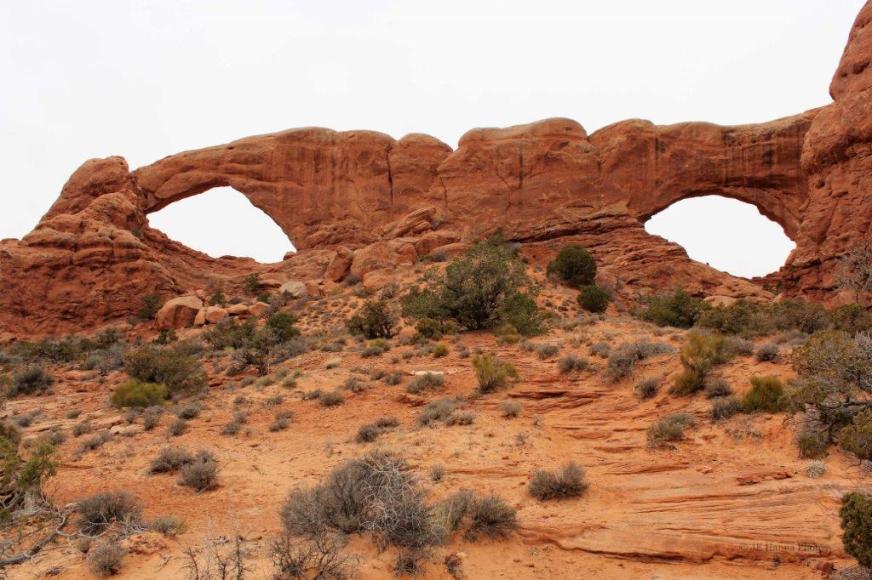 A different perspective from the back – more eye mask than windows.

Not a very hospitable land. 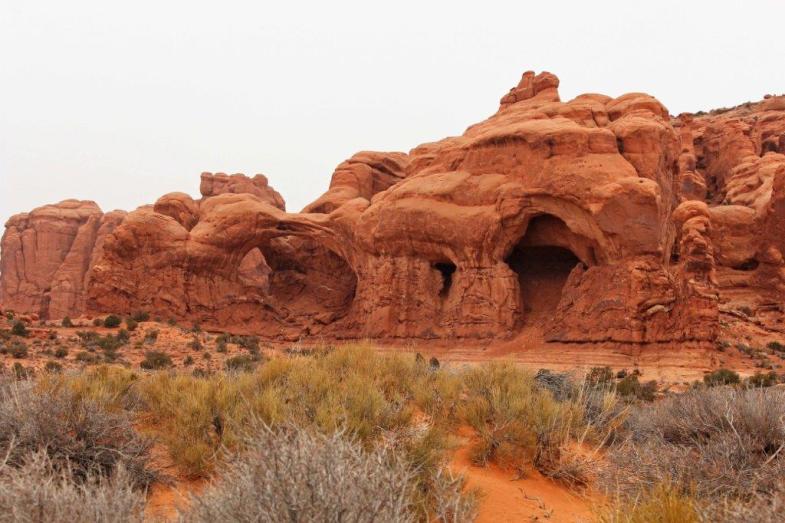 A first look at Double Arch.

The above formation is called “Parade of Elephants.” 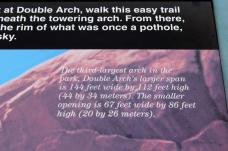 As I said earlier, there are always people around who wish to have their photo taken.  This is always a John job.  I can never see the image in the little LCD screens or phones.

And…. to be continued.