We were up and on the road by 9 am, although we didn’t go very far.  Eden is home to the Killer Whale Museum, much of which tells the story of John’s mother’s cousin Robyn’s family (the Davidson’s) during the mid-1900s.  After the Great Depression Robyn’s uncles and father were whalers out of Twofold Bay in Eden and the remains of their old whaling station is now a national park. 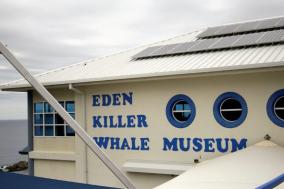 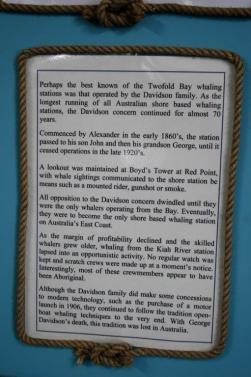 A lookout in Boyd Tower would spot a whale in the Bay, holler “Rusho,” and everyone would scramble for their boats.  The men would go out in 32′ rowboats oared by five guys.  There were two or three whaling crews working in the bay and the rule was that the first boat to harpoon the whale claimed the whale even if other boat crews helped to finish it off.  It only became the property of a second boat crew if the first boat’s harpoon came loose from the whale.

They would kill about 5-6 whales per year, usually Humpback or Right whales. And they had assistance from an unlikely source; a pod of Killer whales.  The Killers would work together to keep the Humpback in the bay and prevent it from diving into the water by biting it and harassing it until it was to tired to flee and the boat crew harpooned it. 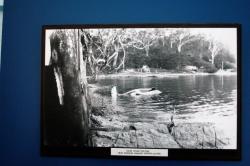 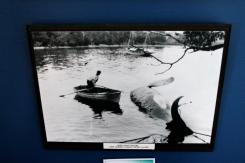 If the Davidson men were out whaling Old Tom and his whales would work for no other boat. The whalers would leave the dead whale to sink in the bay for the Killer Whales who only eat the soft tissue of the tongue (four tonnes), lips and soft throat tissue.  After the Killers had eaten what they wanted the dead whale would fill with gas and float to the surface where the men would haul it by rowboat to shore, 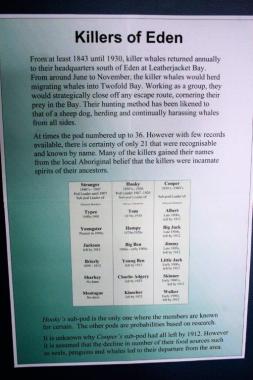 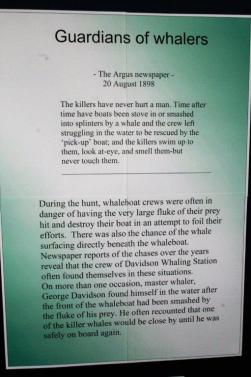 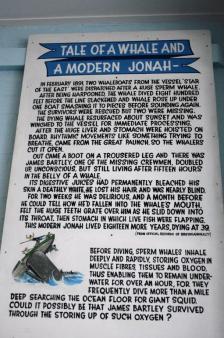 After we left the museum we drove to the site of the Davidson Whaling Station Park at Twofold Bay to see the restored old house and the Try Works where they boiled down the blubber to make oil to sell.  One whale would net about 500 pounds of oil. 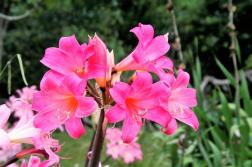 Lovely Amaryllis blooming in the yard. 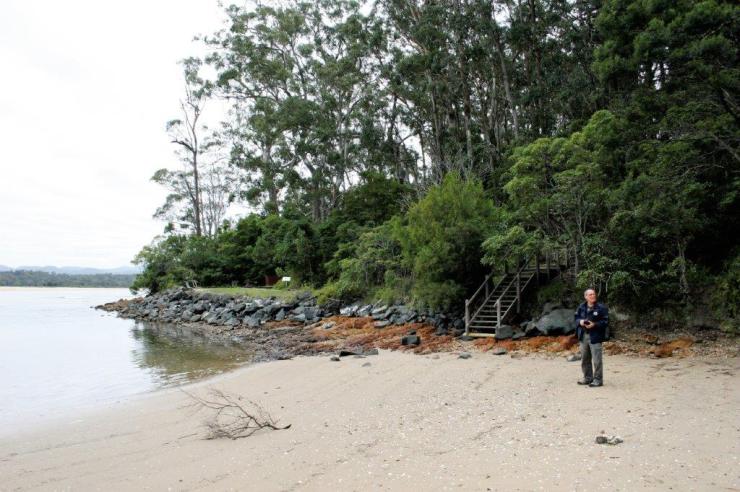 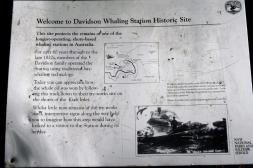 A short distance up another fork in the road brought us to the path to Boyd Tower. 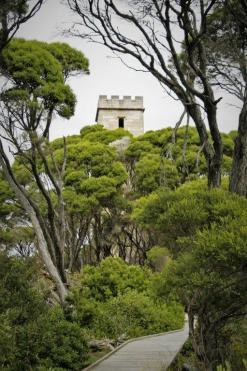 Boyd was another of the Eden area whalers.  He had come from England to Australian with the intention of building an empire.  He became the largest land owner and business owner in the area within two or three years.  He designed and built an elaborate house (now a hotel), a town called Boydtown which was never finished but still exists (although we must have missed the turn-off or something because we didn’t find it), and Boyd Tower. 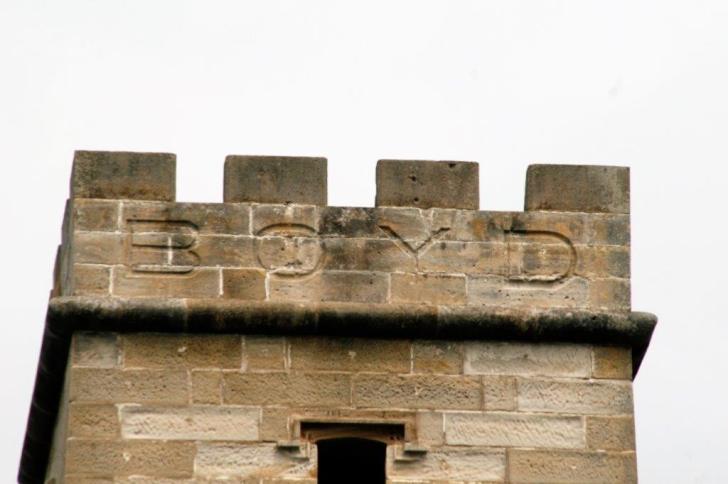 The tower was built of sandstone brought at great expense from Sydney.  Boyd intended the tower to be a lighthouse to prevent the loss of any of his ships,  however the government did not approve the tower as a suitable lighthouse so it was only lit three times as a temporary light while awaiting the official approval that did not come.  The tower became a lookout post for the whalers.  It was never completed inside.

The shore at Boyd Tower had some spectacular red rocks being constantly crashed by big waves. 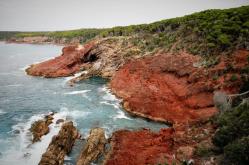 As we continued down the coast we stopped to do the Drummer Rainforest Walk through a eucalyptus grove.  In Australia eucalyptus are called Gum Trees and they are huge!  Eucalyptus are the tallest flowering trees in the world: only the California Redwood, which is a conifer, is a larger tree. 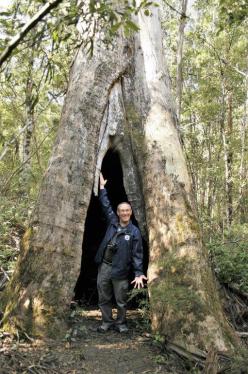 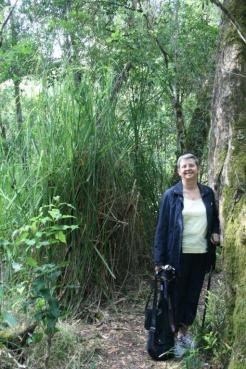 We stopped at Orbost for the night after travelling about 200 km.  Chalk up another great day down under.