Today was a short day.  We didn’t leave Asssiniboia until just after 10 and arrived in Weyburn at 12:45 where Poppy spent 2 1/2 hours in the GM shop getting the idler arms for the air conditioning replaced before we drove another hour or so to Estevan where we have stopped.  There are only small little towns along the southern stretch of road between Saskatchewan and Manitoba that we wish to drive before we go south into North Dakota north of Rugby, so we decided to spend the night here in case we couldn’t find a place further along.  There is an International Peace Garden on the border that I want to check out so by going tomorrow we will have lots of time.

As we have done so far we stopped every once in awhile to find a geocache and stretch our legs.  At one of our stops yesterday I only had my phone in hand and not my camera so I took a picture of this well disguised cache container with my phone and forgot to copy it to my computer to put in my blog.  I am always amazed at people’s ingenuity to hide things in plain sight.

We drove through intermittent rain all day, nothing really hard but a nice steady rain most of the time.  Just the kind we need in BC these days.  I kept telling it to go west, but I don’t think it was listening. 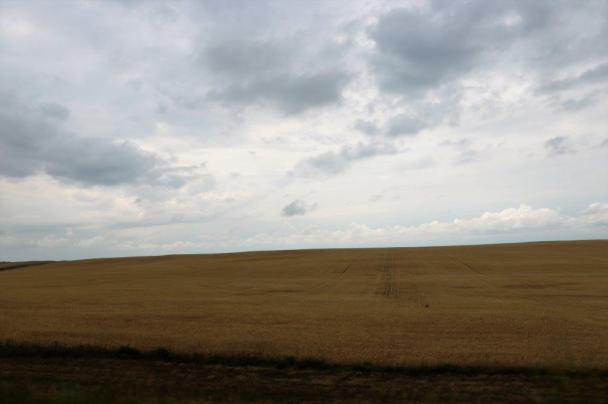 We learned something new today, though.  We have been passing many large fields in Alberta and Saskatchewan that are planted with a short, bushy-like crop that gives a yellow-reddish blush to the fields.  We could not figure out what it was.  John turned the truck off the highway at a range road where the stuff was growing so we could look at it up close and take a couple of photos to figure out what it was.

I have been congested all day so when we stopped in the little town of Ogema to find a decongestant at the local store I asked the clerk if she knew what it was.  She didn’t.  She asked the lady in line behind us.  She didn’t know either.  By then a man had joined the line, and he was a farmer the clerk said so he would know.  It is lentils he told us.  Learn something new every day.  I would like to see the machine they use to harvest them as it is such a low-growing plant I would think they would scoop up a lot of dirt along the way.

Across the road from the lentil crop there was another short plant that, upon closer inspection turned out to be peas.  I don’t know if they are used for human consumption as dried peas or if they were used for animal food.  I guess that is another question I need to ask someone.

At Omega we took a look at their railroad station.  The stationmasters quarters are open for visitors, as is the telegraph office and the storage/repair room.  You can purchase tickets to take the train from Omega west to Horizon – and I think there is often a robbery along the way (according to the brochure). 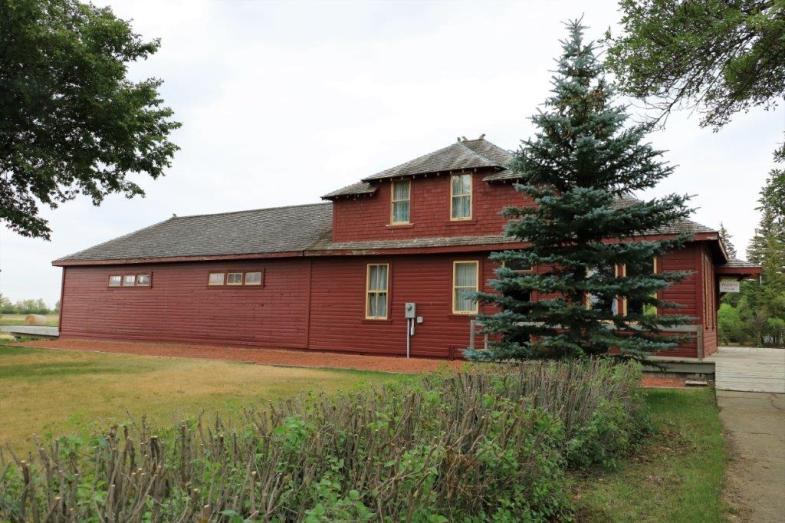 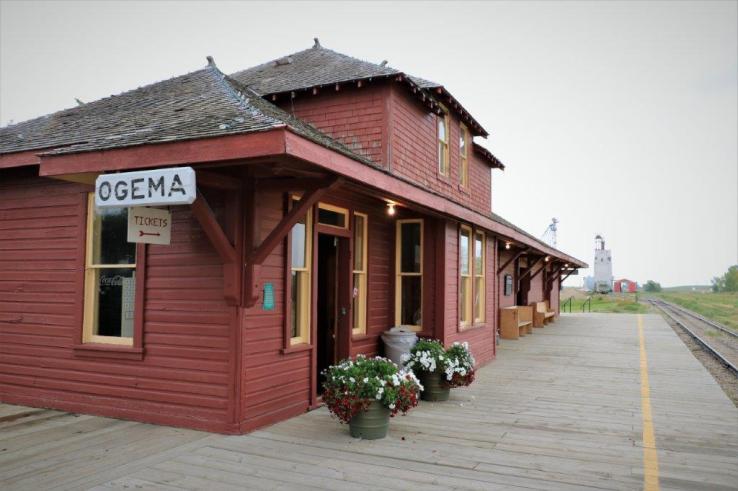 There was a really nice train for kids to play in.

We may not have traveled far, nor seen very much but today was the most expensive day of our journey so far.  But what was poor Poppy to do if her air conditioning unit made tons of noise and then didn’t work?  She needed to be fixed and we were fortunate that the Weyburn GM had a service center with the parts and the time to get it done.