During our one-week stay in Victoria we took a drive west to the town of Sooke.  This community is where my grandparents lived when I was young and I remember with fondness the one time we visited them.  My grandpa teased my younger sister and me and constantly referred to us as “The Terrible Two.”  Grandma and Grandpa took us out for dinner at White Spot in Victoria.  This was a great treat!  We almost never ate in restaurants.  While we visited I read the book “One Hundred and One Dalmations” by Dodie Smith and years later when John and I took our infant son down to meet my grandparents in Victoria, where they were now living, Grandma remembered how much I loved the book and gave it to me.  I still have it.  It is a wonderful story.  I highly recommend it as a ‘chapter-a-night’ bedtime story for kids. Quite different from the Disney movie version. 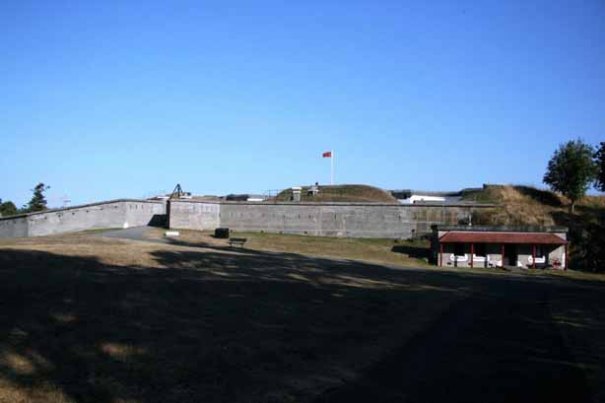 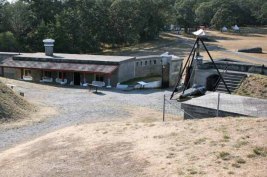 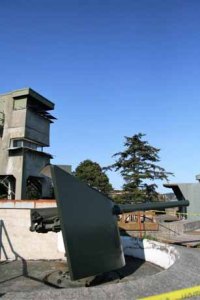 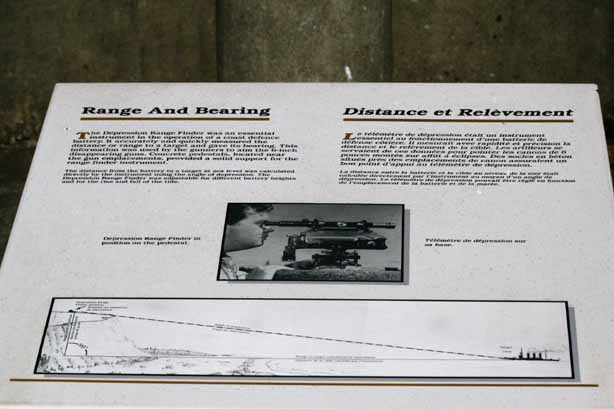 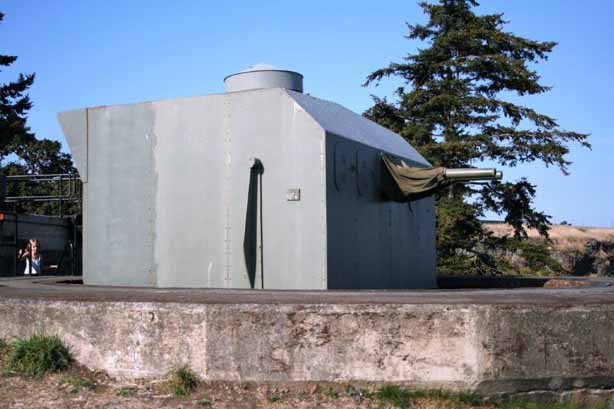 Fisgard Lighthouse is situated nearby along the southern end of Vancouver Island.  It was a lovely day and the light looked very picturesque on its rocky point. 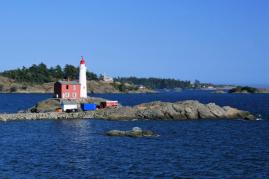 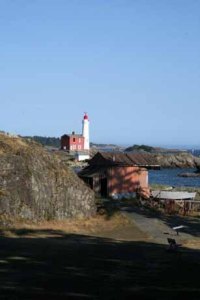 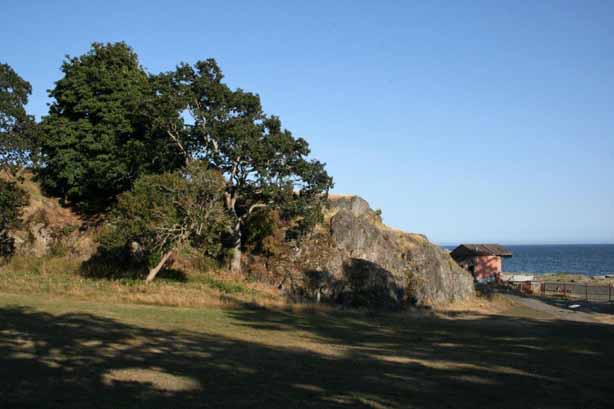 This young deer was very curious about the two strange two-legged animals it saw.  It stood watching us for quite awhile before moving off.

We went to Sooke to go ziplining at AdrenaLINE Zip Lines, which takes you from treetop to treetop.  We had gone ziplining when we were in Princeville on the northern tip of Kua’i a couple of years before and it was a blast so we thought we would do it again.  I video taped John coming in on one of the lines and all you see is a forest of trees and hear a fast whirring sound.  Then suddenly John bursts out of the trees and speeds past me.  Unfortunately the blog site is not set up for video. You will have to settled for these photos that John took of me. 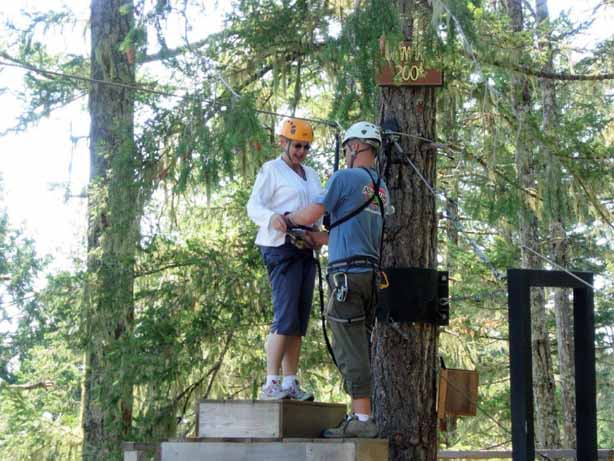 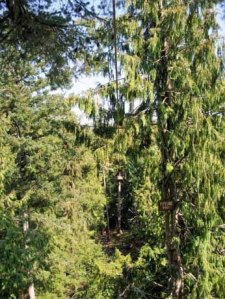 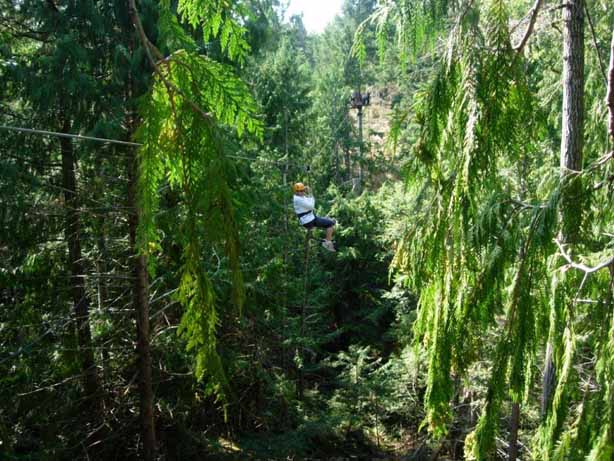 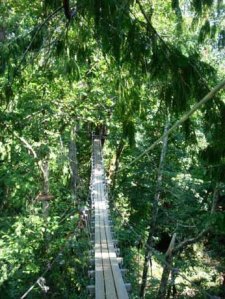 As you can tell by my happy expression we had a great day!

The next day we drove north to Duncan, about an hour away.  The Pacific Northwest Raptor Center is located there and we spent a pleasant few hours checking out the birds and watching the handlers give a demonstration of the raptor’s skills.  I have a short video clip of a hawk flying through the spread legs of about 12 guests.  It flies so fast you can’t even see it until it is lifting up and away. Really awesome stuff!  And so much fun to see. 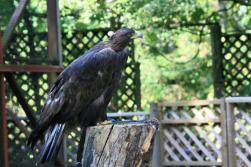 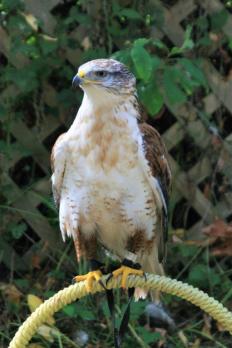 Lucy is a Harris Hawk and (below) is Chinook, a Redtailed Hawk 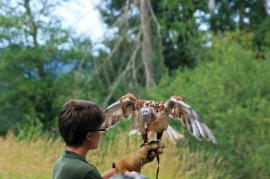 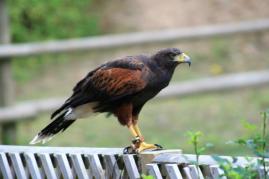 Even the Black  Vulture is part of the show.

This little Gryfalcon was quite the star. 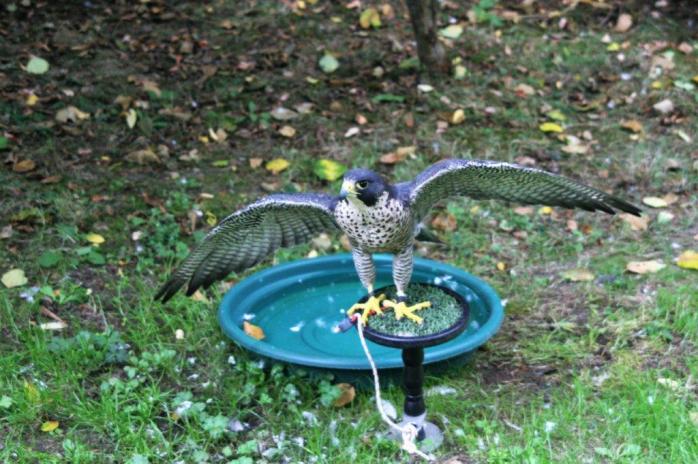 These are an Australian Kookaburra and a Spectacled Owl.

September 2, back in Victoria, we took a tour of the BC Parliament Buildings.  We toured this building when we were on our honeymoon many moons ago and it was nice to see it all again. 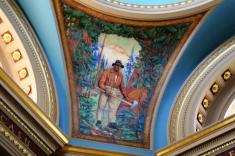 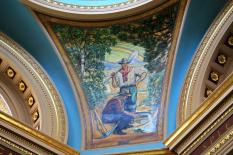 These four murals, depicting the resources of British Columbia are painted around the central dome.

The room where all the silliness takes place. And, occasionally some work that benefits or hinders the province and/or it’s citizens. 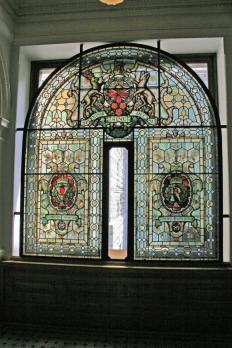 The coat of arms of British Columbia.  I love stained glass windows! 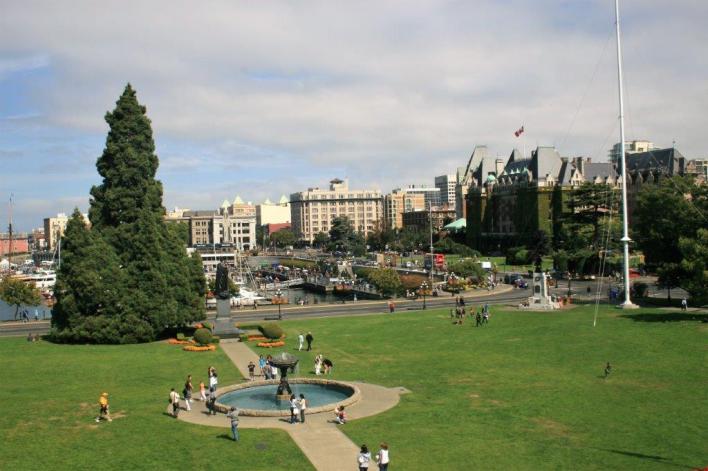 View of the front lawn from one of the windows.  The Inner Harbour is straight ahead and the Empress Hotel is on the right. 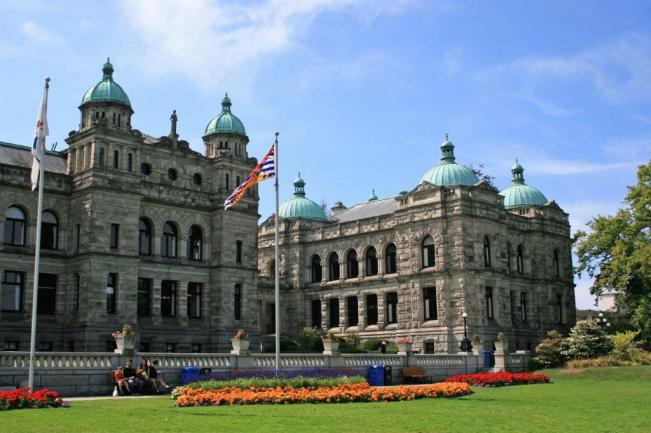 A short walk down the side of the Inner Harbour from the Parliament Buildings takes you to the world-famous Empress Hotel, where you can partake of High Tea every afternoon.  The Empress has an absolutely stunning rose garden and I had a great time photographing many of them. 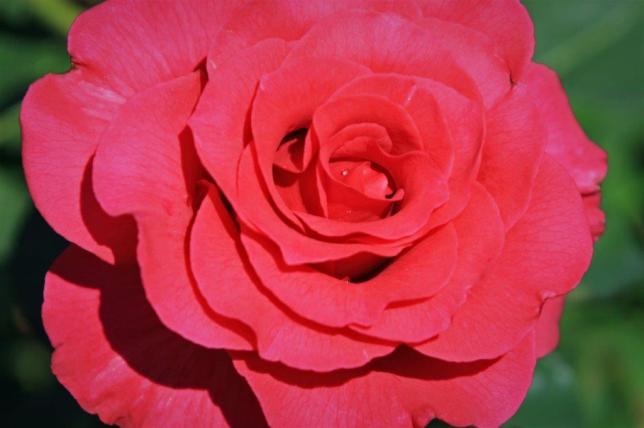 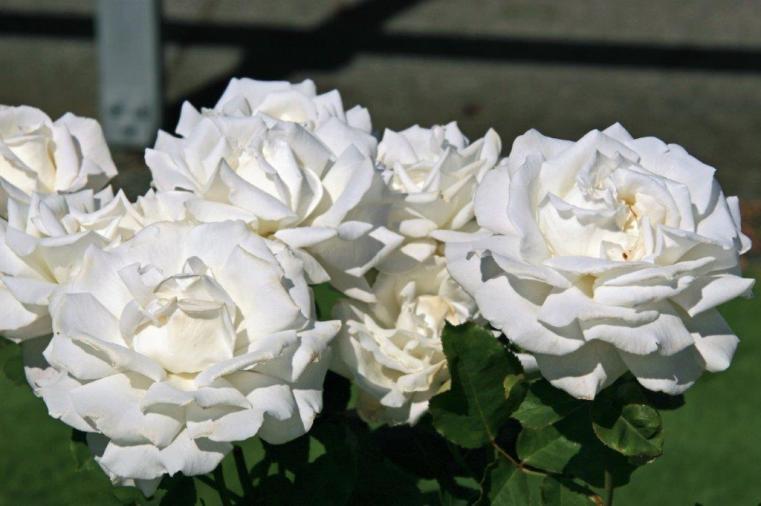 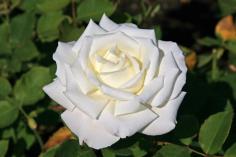 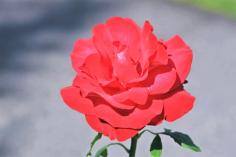 This was our final day in Victoria and in the morning we drove to the ferry terminal and crossed Juan de Fuca Strait to Port Angeles, Washington, where began our coast drive.