We spent the first half of our day in Victoria wandering around finding some geocaches and enjoying the Inner Harbour area.

I suspect it may be illegal in Victoria to NOT take a photo of the impressive Empress Hotel.  It  is  a lovely  building  in  a beautiful  setting  and  everyone  takes  pictures  of  it.  Including  me.

There is quite a bit of construction going on in various parts of the city so we saw lots of cranes.  I like the boats – from masted sailing vessel to sail boat to modern speed boat.  Every type of water craft can be seen in the harbour. 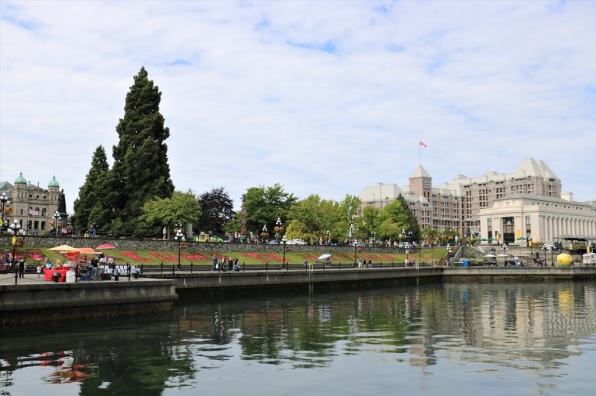 As we walked along the top of the sea wall at the Inner Harbour, I noticed a fellow holding some old photos and looking out across the water.  I commented on his photos and he told us he was retired from the Australian navy and had been stationed in Victoria in 1979 on a navy exchange.  He had brought along his photos to compare with how the city looks today.  He said his wife was resting at their hotel, as she is not a really good traveler, but she was amazed by all the lovely flowers blooming everywhere in the city.  He was thrilled to have been able to come back after all these years.  Crossed an item of the bucket list he said.  They had spent 6 days in Vancouver, taken a 7-day Alaska cruise and were just completing 6 days in Victoria.  They fly back to Melbourne tomorrow.  We had a great chat.  He enjoyed telling us his story. 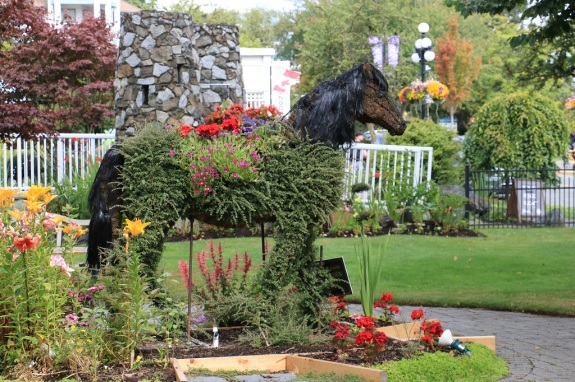 The garden at bed and breakfast on the corner by our hotel contains this lovely floral horse.

At the end of the Inner Harbour there is a floral orca and calf. 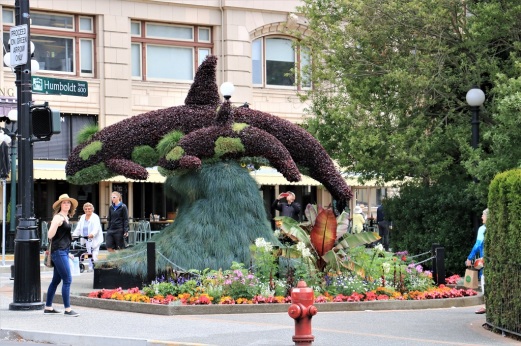 One of the geocaches we found today was a two-stage one and all the numbers in the coordinates to find the cache were to be found in memorial bricks located at the 100th Anniversary of the Canadian Navy Memorial.   It  took  us  quite  awhile  to  find  all  the  right  bricks  and  collect  the  numbers.  It  was  fun  though. 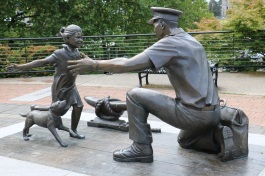 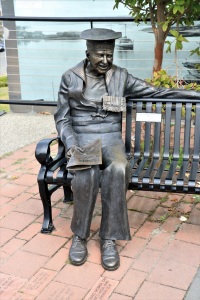 Another geocache led us to the back of the Parliament Building and we discovered the Emergency Services Memorials.  One for police, fire, ambulance and search and rescue members who had lost their lives in the line of duty.  We have been to Victoria several times and never knew this nice park was here.  I love all the places we see because we are searching for a geocache.

We had a light lunch at the BC Provincial Museum and then wandered through Thunderbird Park and looked at some of the totems. 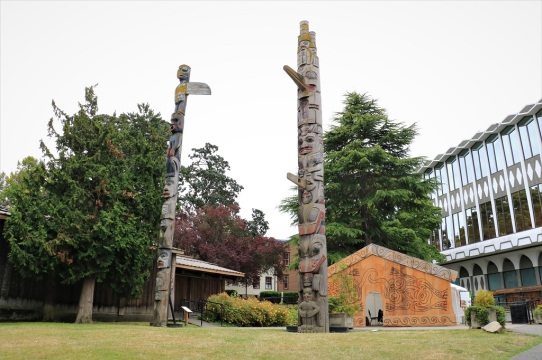 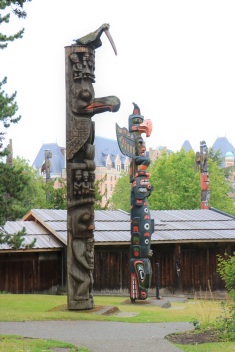 We had planned on coming to Victoria on July 11 because a couple that we had met on the 2009 World Cruise who live in the Los Angeles area were on a cruise from San Francisco to Alaska.  The ship was berthed in Victoria from 2 until 11 pm.  We had not seen them for several years so we decided to come down.  It worked out well that a family reunion in Nanaimo got planned within the week so we had two excuses to come to the island.

Our friends were having High Tea at the Empress at 3 o’clock so we stopped in to check on what time they would be done so we could pick them up and take them for a drive.  Of course, we had to admire the gorgeous flowers. 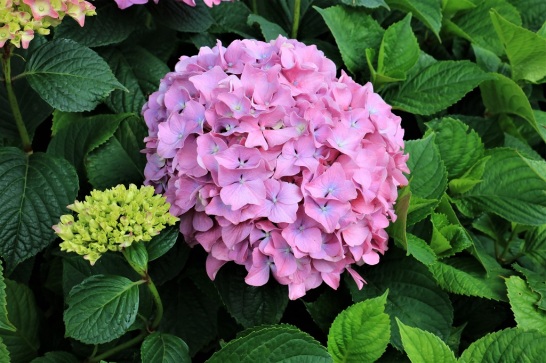 We picked Bill and Lynn up at 4:15 and drove out to Fisgard Lighthouse.  Well, we planned to go to Fisgard Lighthouse, but the traffic was moving at a crawl and by the time we got there they had just closed the gates for the day.  We did manage to show it to them from the Coburg Peninnsula – a thin spit of land across the Esquimalt Lagoon.

We headed back into Victoria for dinner and then drove through Beacon Hill Park where we chanced upon a cricket match. 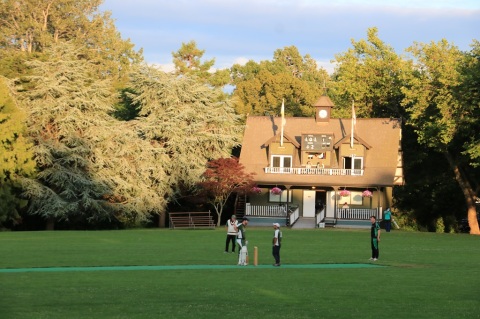 John drove through the lovely Oak Bay area and we stopped here and there to take photos.  Below is the Trial Island Lighthouse.

The sun was getting low which made for some nice light. 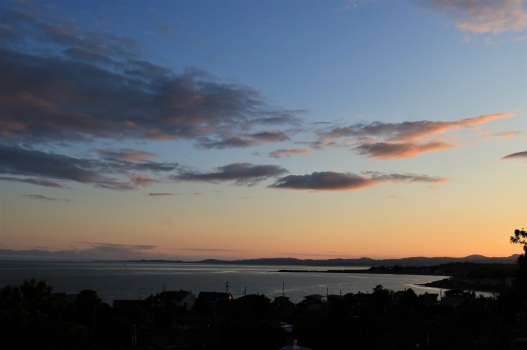 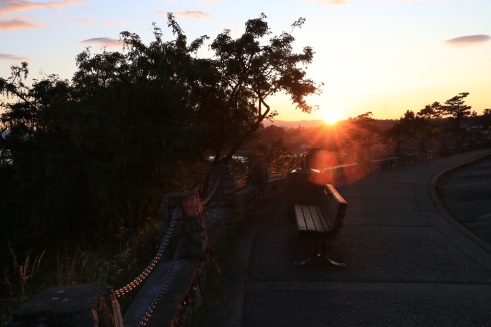 As we were heading back to drop Bill and Lynn at their ship we stopped at the Oak Bay Marina where the setting sun cast a gorgeous blue on the sky and water. 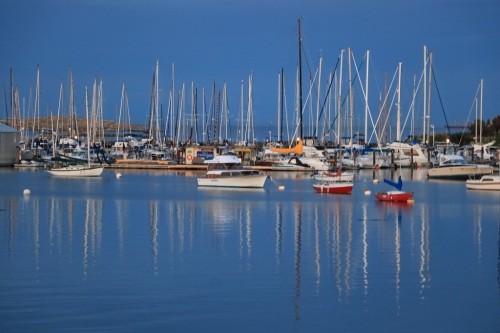 We said goodbye at the cruise terminal at 10 pm and headed back to our hotel to check photos, write a blog, and go to bed.  Tomorrow we drive to Sooke, which is a short distance west of Victoria.  We plan to stop at Hatley Castle and Gardens on the way so be prepared for flower photos.