As I mentioned in my last blog, I am a huge Harry Potter fan.  I didn’t begin to read the books until the fourth one was published; and then it was just a matter of curiosity to see what all the hype was about.  Needless to say, I was hooked very quickly.  I was not one of the devout who lined up at the bookstore at midnight to buy the next volume, but I did put my name on the list to have one saved for me at the store each time one was published.

I was equally as pleased with the films.  I understood that with all the sub-plots Rowling had going on in the books that a lot of cutting would need to be done in the movies.  The only thing that upset me a bit was in the last one where the director put in a huge flying scene between Voldemort and Harry Potter that did not take place in the novels – plus a few other shorter scenes.  But, I am big girl, so I didn’t get too bent out of shape over it.  The whole thing is, after all, a fantasy.  (Although, I was happy when I did the sorting quiz on Pottermore to learn that I would be put in Gryfinndor house!)

The Jacobite Steam Train was the Hogwart’s Express that took all the young wizards and witches to school at the start of every term.  The West Highland Railway allowed Warner Bros. to use one of their locomotives and the train’s route from Ft. William to Mallaig in the films.  The locomotive from the movies is now on the Warner Bros. Studio lot in London and can be seen if you take the ‘Making of Harry Potter’ tour.

The black line on Google maps denotes a railway route rather than the usual blue line for a driving route.  They are so clever!

There is a four hour excursion that runs 41 miles from Ft. William to Mallaig and back.  It is billed as “The Greatest Railway Journey in the World.”  Now, it was a lovely ride, despite a bit of rain, but I would not call it the greatest in the world. I think the Rocky Mountaineer through the Rockies would be equally, or more scenic.  I also think the Orient Express would surpass it.  (That trip unfortunately, only goes from Paris to Venice now.  It originally went from Paris to Constantinople (now Istanbul); and is on my bucket list.) 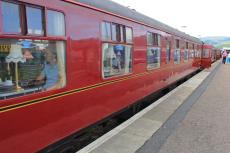 Ft. William is the largest town in the Highlands.  It is situated at the southern end of the Great Glen. 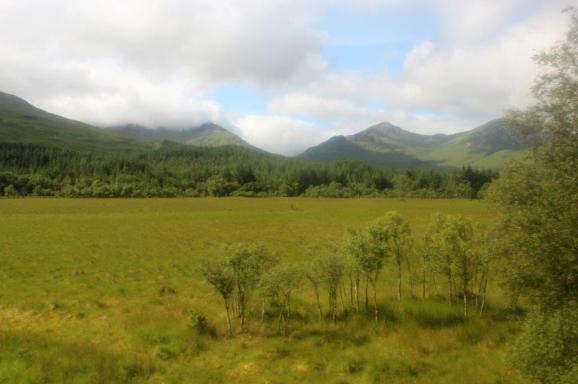 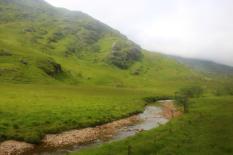 The scenery truly was beautiful, even  with  the  imminent  rain. 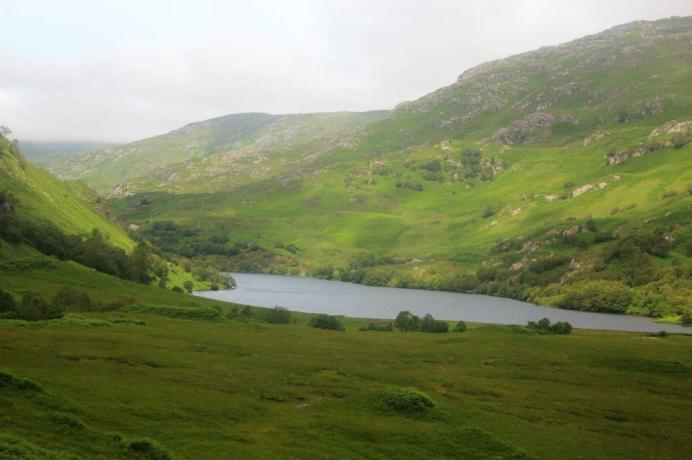 Loch  Morar  is the  deepest  freshwater loch  in  Britain,  and  is  connected to  the  open  waters  of  the  Atlantic  by  River Morar,  the  shortest  river  in  Britain. 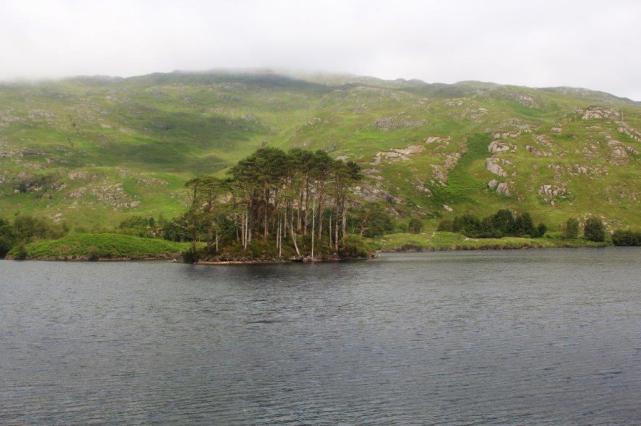 The end of the line is Mallaig, which sits at the ocean end of Loch Nevis, the deepest seawater loch in Europe. 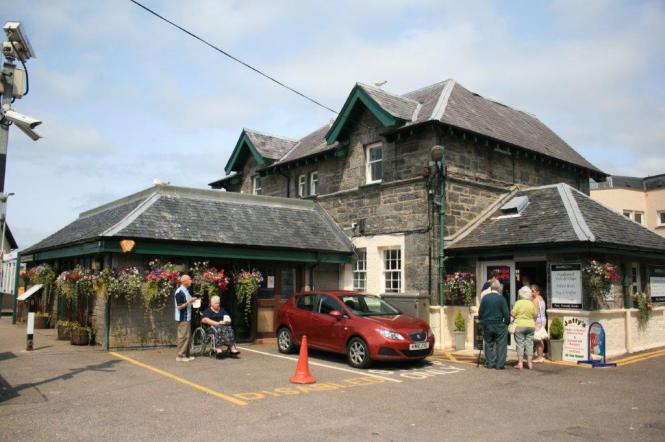 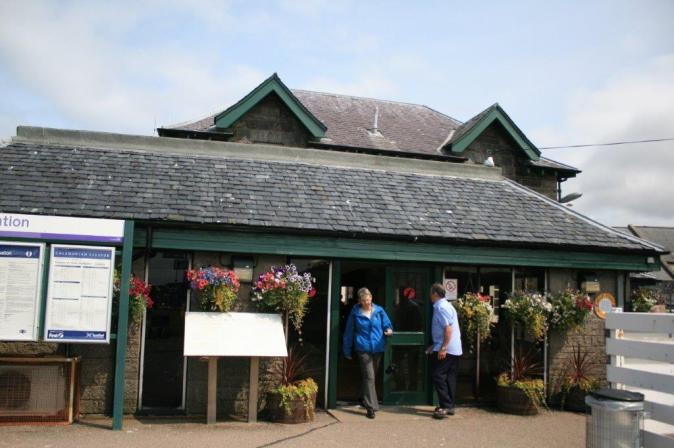 We had a couple of hours to wander around Mallaig while the locomotive was moved to the end of the train for the journey back to Fort William.

The  train  crossed  several shorter  viaducts  along  the  route.

It was pretty hard to get a photo without the hand and camera of someone else in the shot.  For some strange reason, everyone was doing exactly what you were doing. 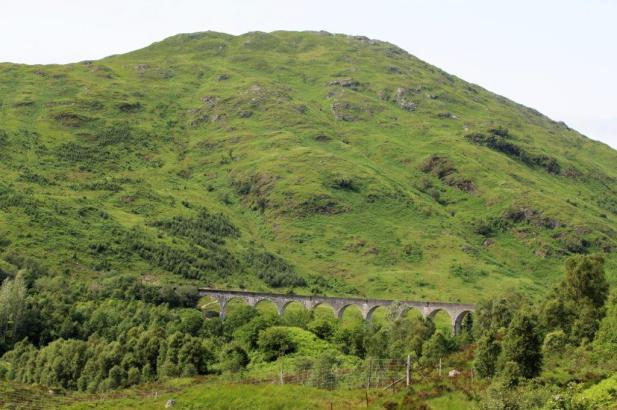 As we approached Fort William we had a good view of Ben Nevis, the highest mountain in Britain. 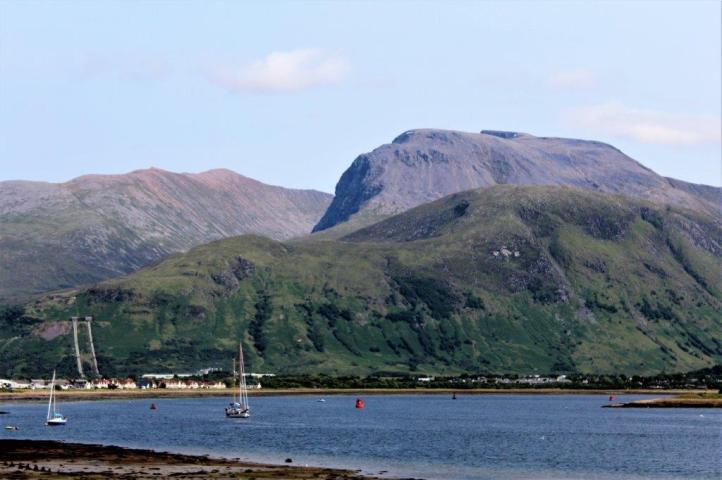 We spent the night at the Premier Inn at Fort William and the next day we drove south before connecting to the A85 east and A84 south to Stirling, with a stop at Doune Castle, one of the most famous filming locations in Scotland.