Our main destination this day was to visit Culloden, the battlefield where the Government forces decimated the Scottish clans as they fought to have Bonnie Prince Charlie restored to the throne.  Culloden is the site of the last major battle that was fought on British soil.  British history was changed here.  The defeat of the Scots effectively ended Jacobite hopes of restoring to the British throne the House of Stuart – the descendants of James II of England and VII of Scotland, who was the last Catholic British monarch. (The series of conflicts takes its name Jacobitism, from Jacobus, the Latin form of James.) 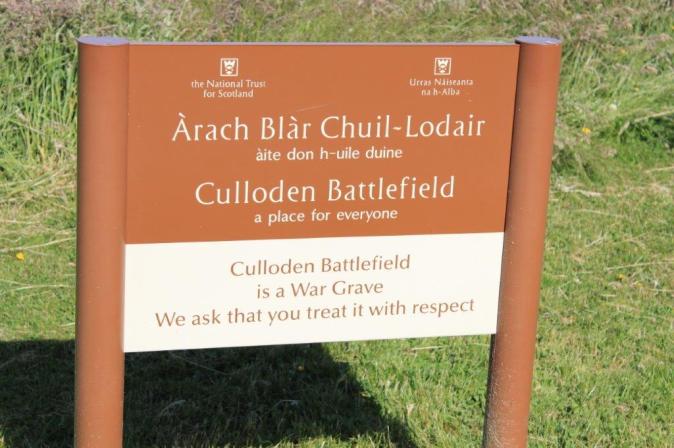 Culloden, not too far east of Inverness, is the name of the village near Drumossie Moor, where the battle took place. The National Trust for Scotland manages the property and has created a network of trails with audio guides that recreate the battle as you walk the pathways.  There were about 7,000 men in the Jacobite army and 8,000 in the British army.  The battle only lasted an hour but 1,200 Jacobites were killed and 800-1,000 more wounded before the clans were routed by the Duke of Cumberland’s forces on April 16, 1746.  The Jacobite army was comprised not solely of Catholic Highland Scots either, there were quite a few Irish and French professional soldiers, and Episcopalian Lowland Scots fighting for Prince Charlie’s cause as well. 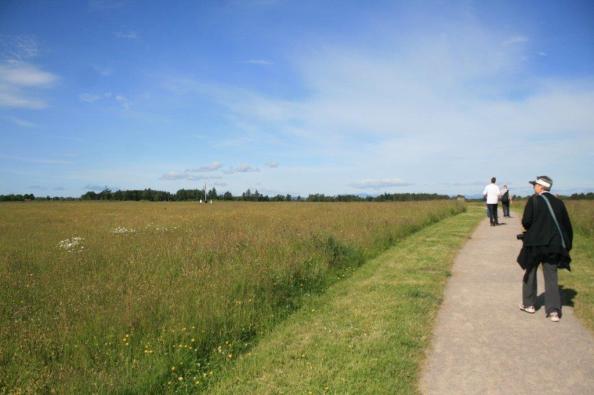 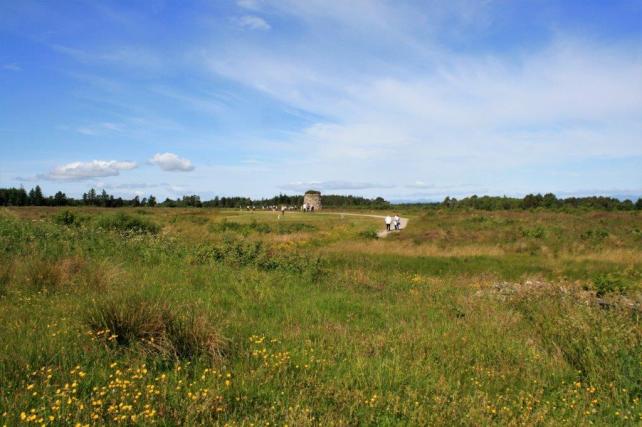 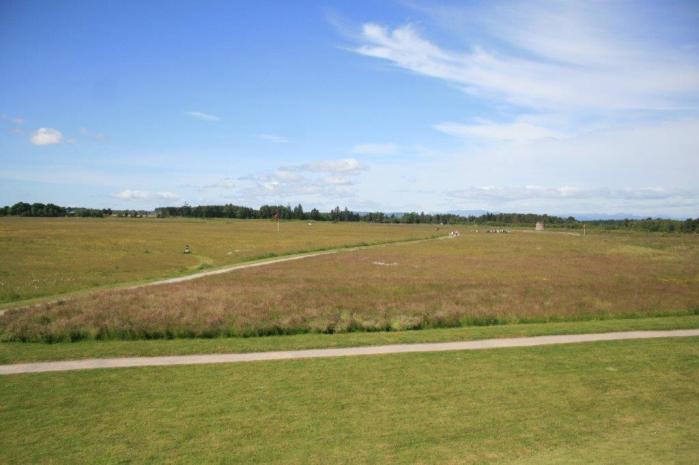 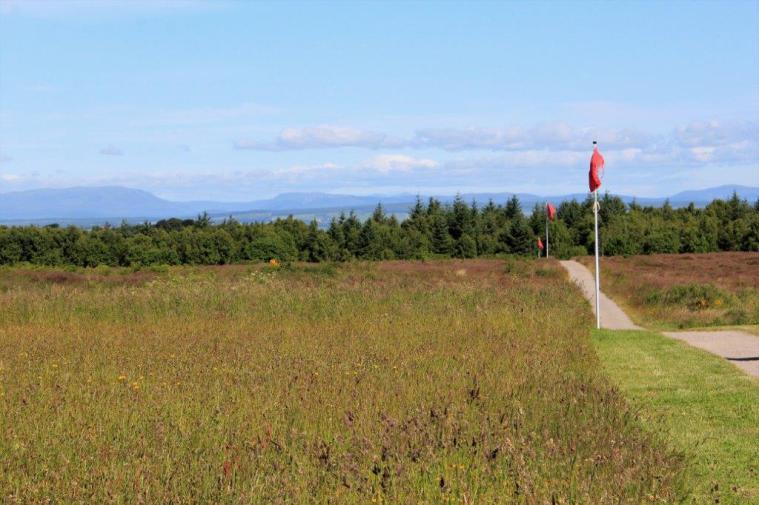 The soldiers were buried where they fell among members of their own clans so the moor is dotted with rock cairns naming the various family alliances. 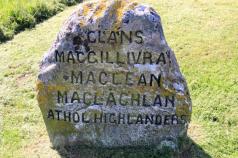 There is a marker for the English forces also. 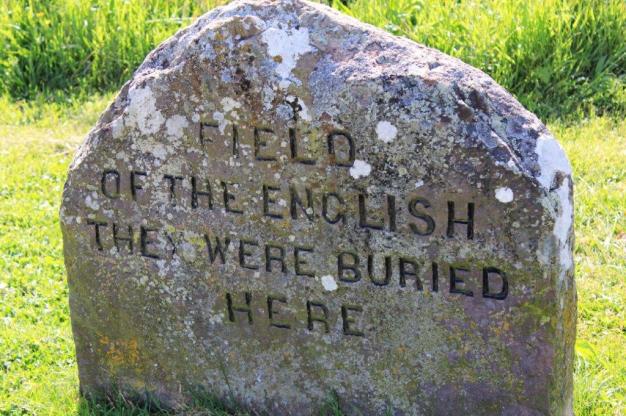 The central cairn contains the date of the battle and memorializes the Highland clans. 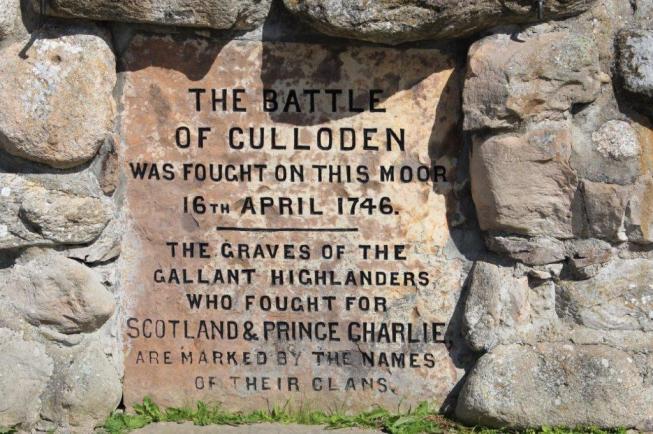 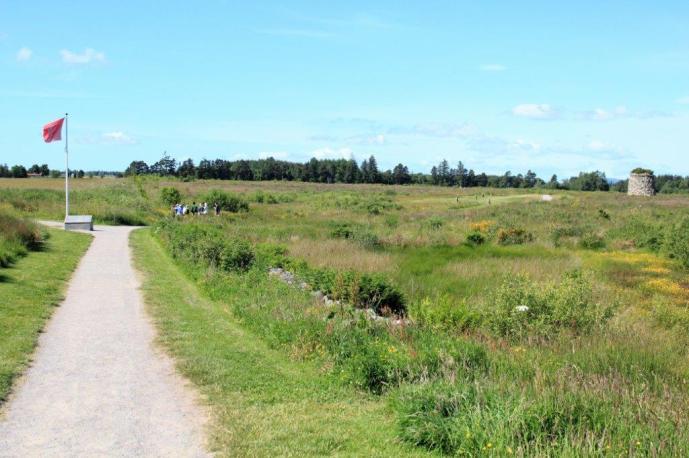 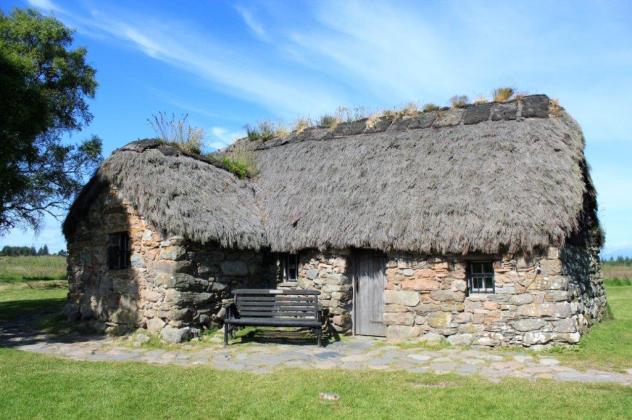 We spent over 2 1/2 hours at the battlefield site before driving a short distance to the Clava Cairns, another site of ancient burial stone circles.  I find these places fascinating and we wandered around all the mounds before heading to Cawdor Castle. 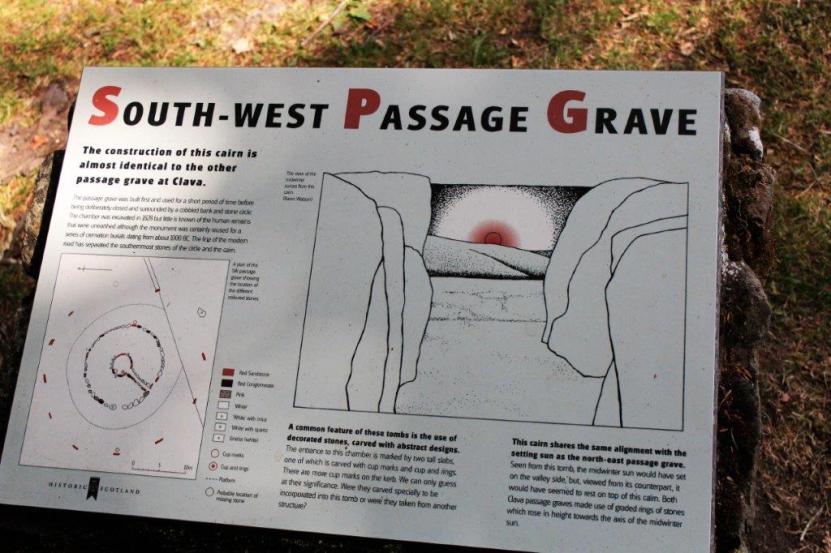 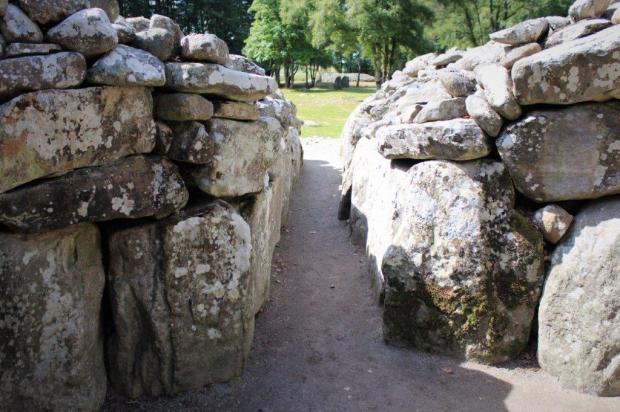 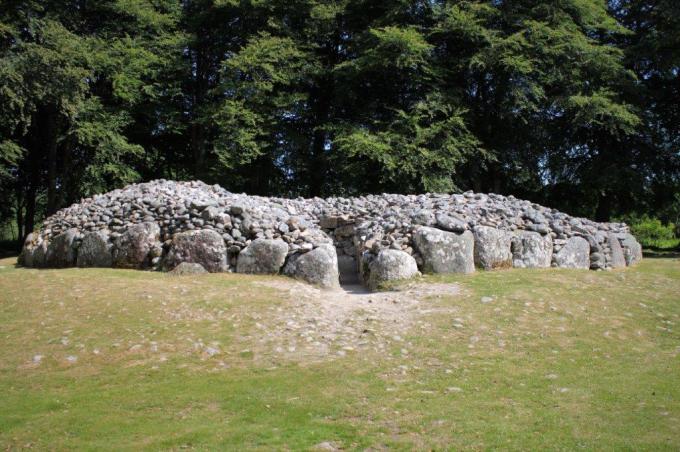 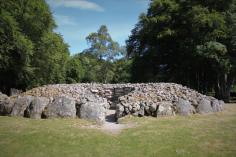 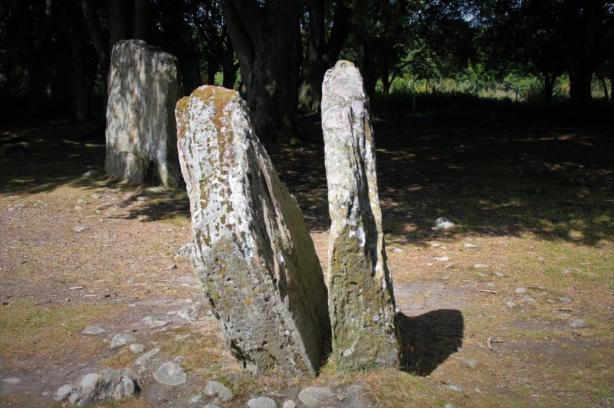 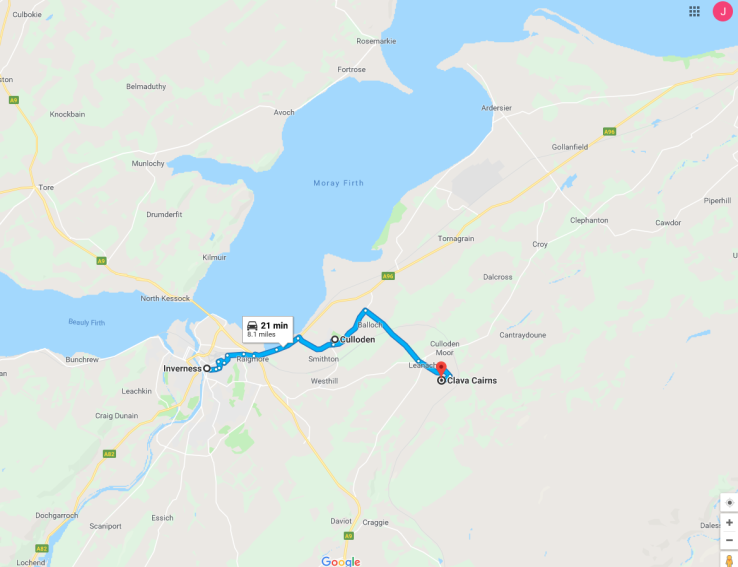