I came across another travel blog recently that had an image of the day’s journey included.  With all of our going back and forth on this trip in Scotland, I thought that was a great idea, so I have gone back to the previously posted blogs (Days 1 – 4) and inserted a map of each day’s travels and will have a map in the future blogs of this series.

The overcast skies and light rain continued.  We drove around the southwestern coast of Scotland from Kirkcudbright to Doonfoot, on the outskirts of Ayr.

Before we left Kirkcudbright we toured MacLellan’s Castle; built by Sir Thomas MacLellan, provost of Kirkcudbright, in the 1570’s. 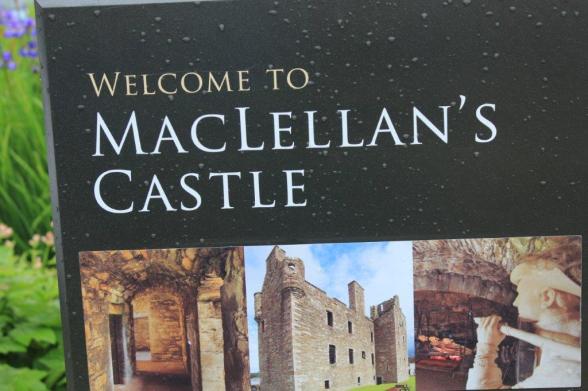 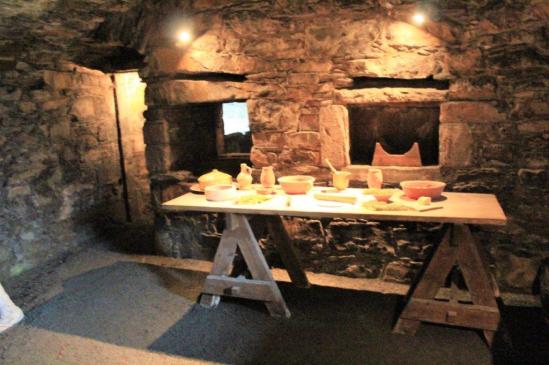 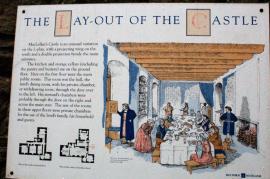 At 11:30 we were on the road to the ruins of Cardoness Castle.  The castle was built by the MacCulloch’s in the late 1400’s.

It was a wet trek up the hill to the castle.  Since these buildings were clan strongholds as well as family homes they can usually be found on a high point of ground in the area, or at a strategic meeting of roads, borders, or rivers. 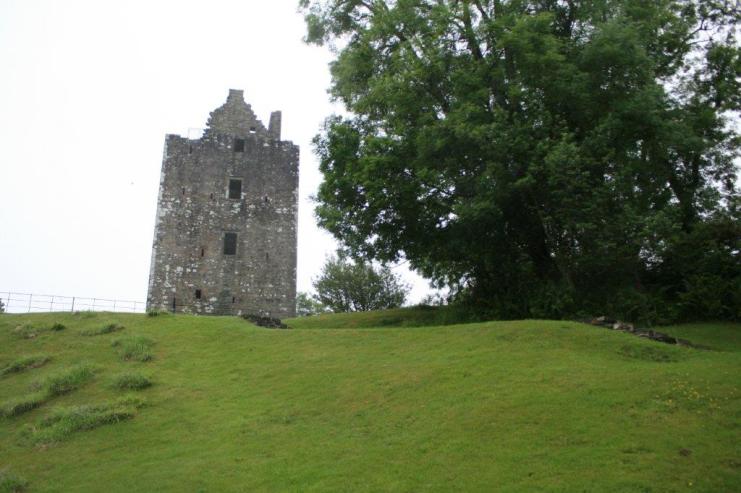 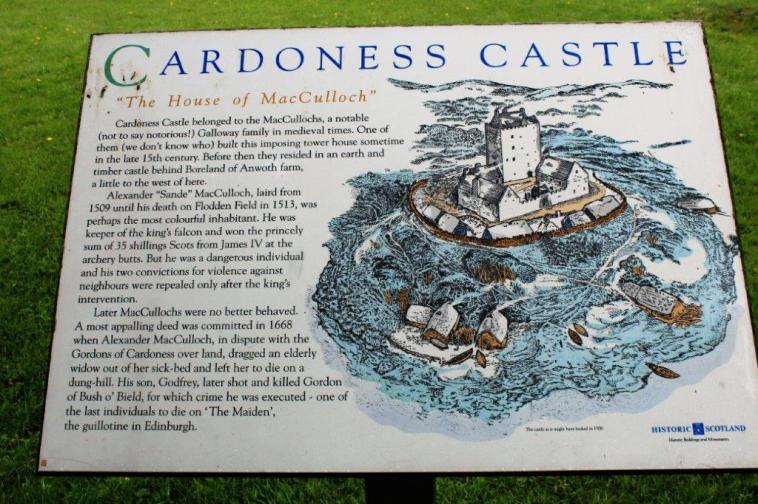 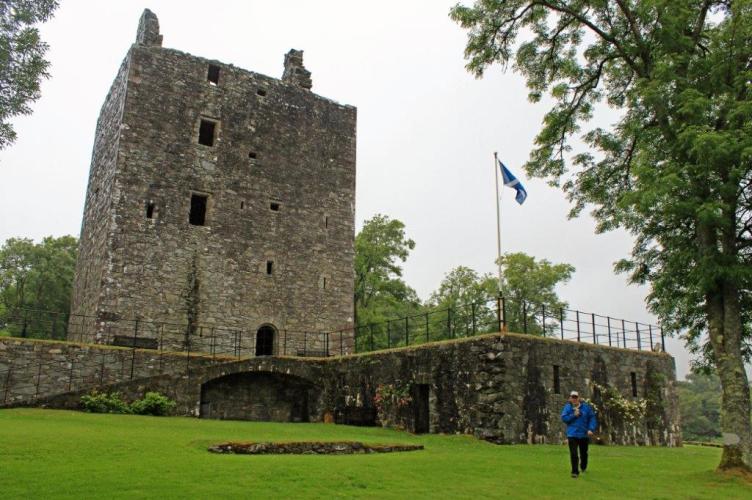 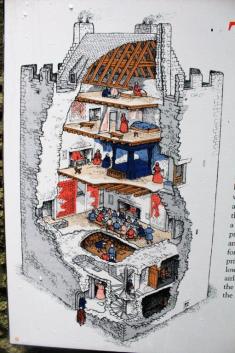 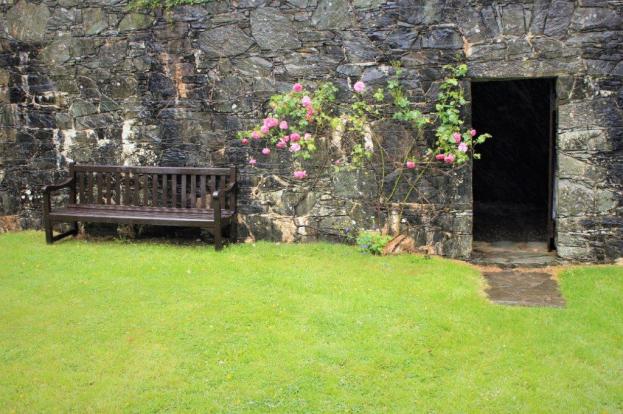 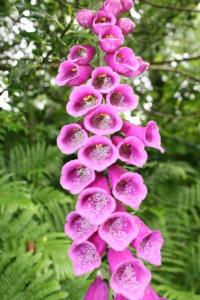 Nor far from Cardoness we stopped at another castle, this one on a spit of land protuding in Wigtown Bay near the opening of the Solway Firth.  Carsluith Castle was built about 1560 for  Richard Brown. 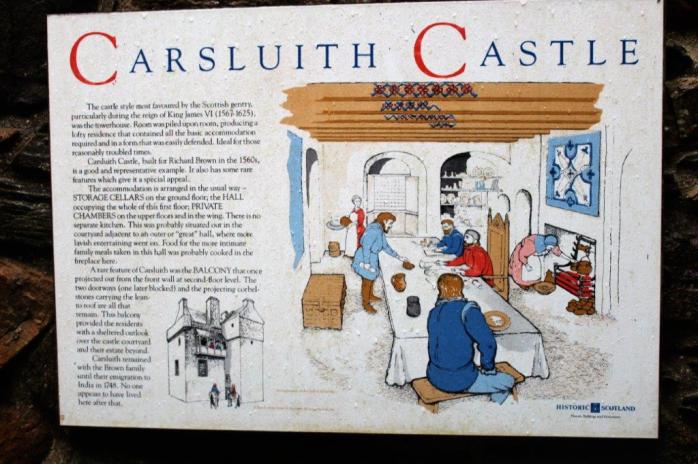 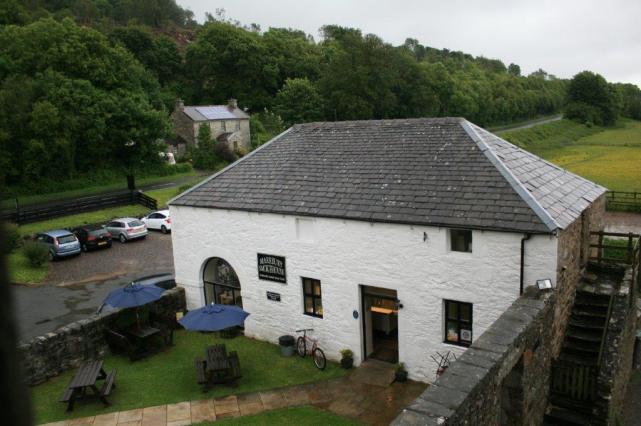 Situated all over Scotland, in fields, on hillsides, and near the coast you will find burial cairns or standing stones or rock circles.  The first one we visited was the Cairn Holy which were burial chambers  from between 6,000 to 4,000 years ago. 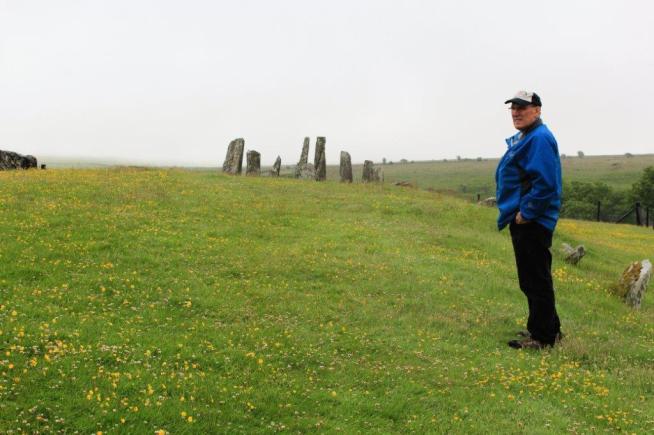 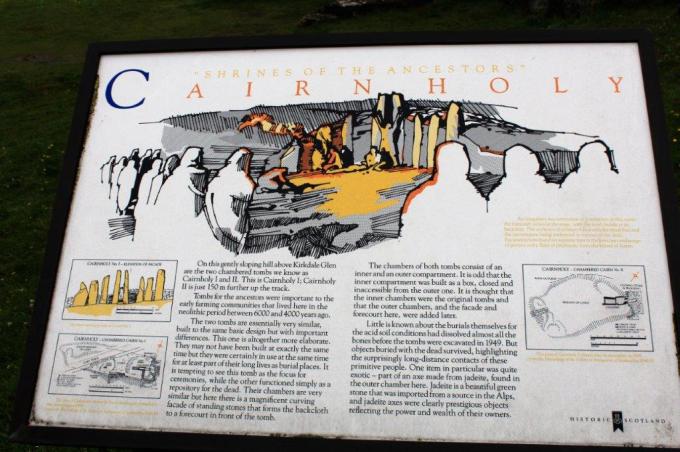 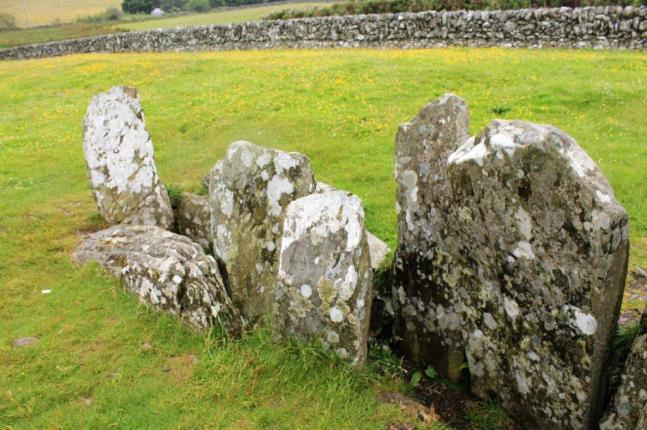 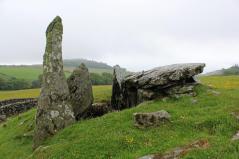 Further into the field we could see another set of cairn stones, but it was too wet to trek through the grass to see it up close. 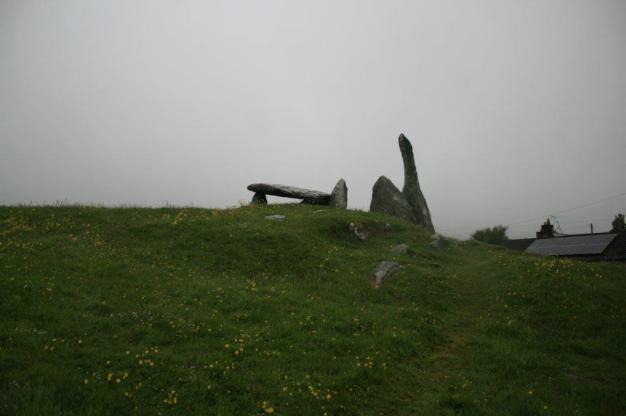