This trip is the last of my pre-blogging holidays to write about.  I began my travel blog in 2014 when we drove across Canada.  We had been traveling extensively since 2009 so I have been going through notes and photos and writing a blog about all those other trips.  After this one is done, I am all caught up.

Our son was getting married in a castle in Scotland on July 22, 2013 so, obviously, we were going to the wedding.  We flew to London on May 30 in order to do some exploring before the big day.  On June 1 we went to Tilbury and boarded the Holland America ship MS Prinsendam for a 16-day Baltic cruise.

Our first port of call was Copenhagen, Denmark where we spent June 3 and 4. Denmark has a long history extending back to nomadic hunters that traveled across Jutland.  By the 7th-century a tribe crossed the Kattegat (the strait that separates Denmark from Sweden) and adopted Denmark as their new home.  This was the era of the Vikings and current Queen of Denmark, Margrethe II’s viking ancestry positions Denmark as the world’s oldest kingdom.  Centuries of war and clan fighting took place until King Valdemar IV united Sweden, Norway, Iceland, Greenland and the Faroe Islands from his Danish base.  Sweden launched several wars over several hundred years before breaking completely away from the Danish kingdom.  Norway remained under Danish rule until 1814.  Iceland gained independence in 1948 and Greenland and the Faroe Islands are still autonomous Danish provinces.

We sailed into the terminal at Copenhagen on a lovely early summer day.

Our first tour took us on a drive around the city before we arrived at Tivoli Gardens; a 160-year old amusement park that Walt Disney visited as he was planning Disneyland.

Our stop in the park was short, just long enough to take some photos of the mermaid, but there are several other noteable sculptures in there as well.

The parts of Copenhagen we saw on our drive were quite colourful. 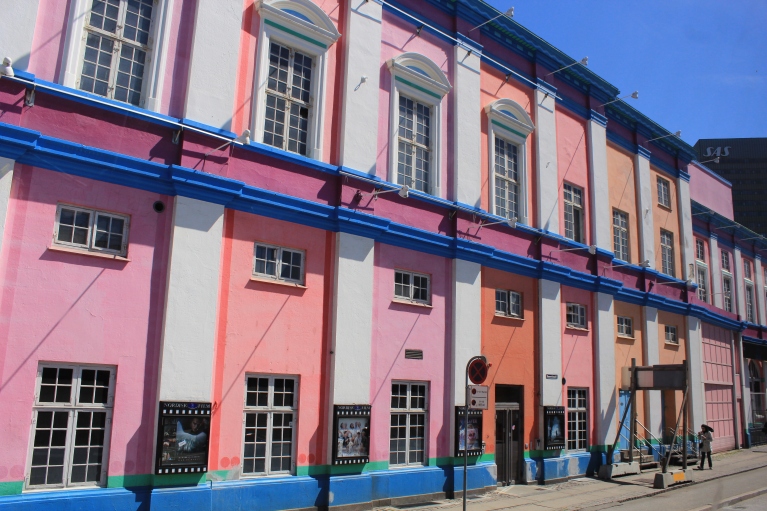 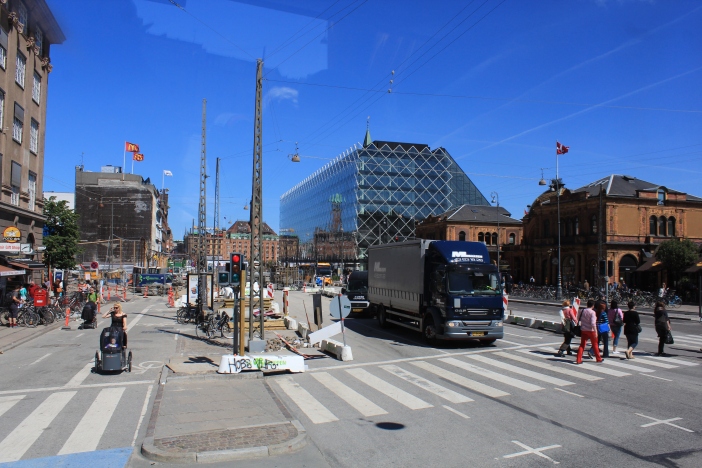 Like most cities with a long history it was a mix of architectural styles.

We had over two hours to wander wherever we liked around Tivoli Gardens. 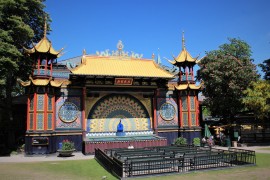 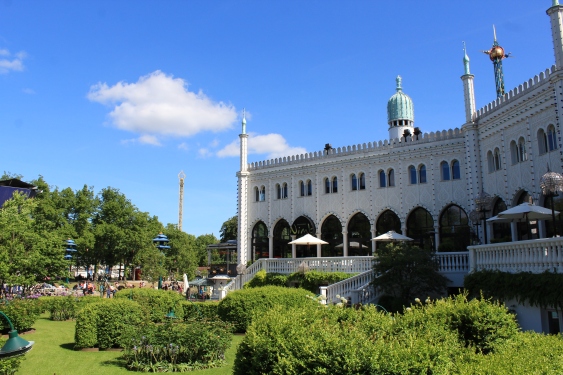 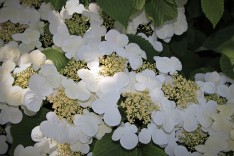 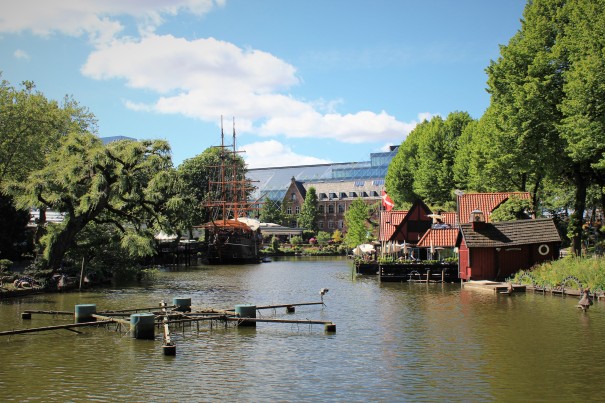 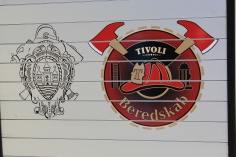 The gardens within the park were lovely with all the new blooms. 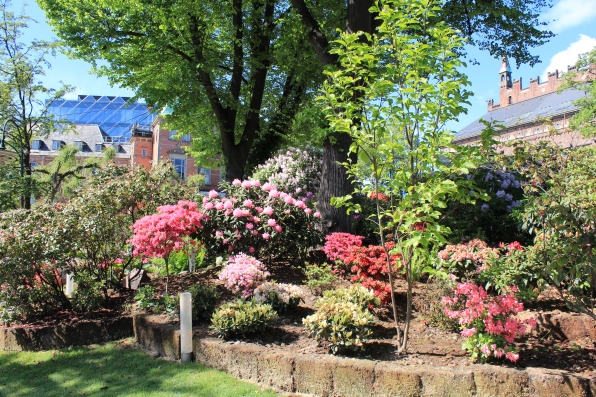 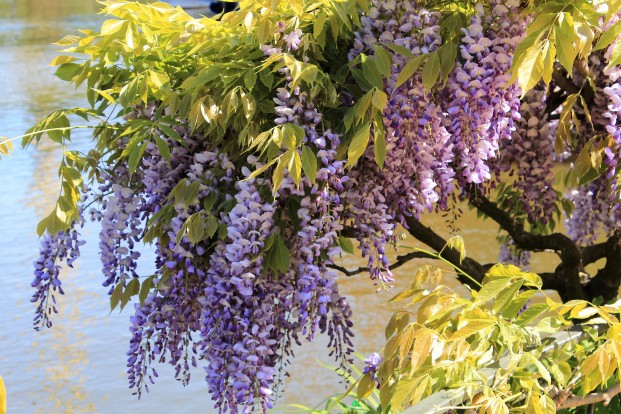 Wisteria, one of my favourites. 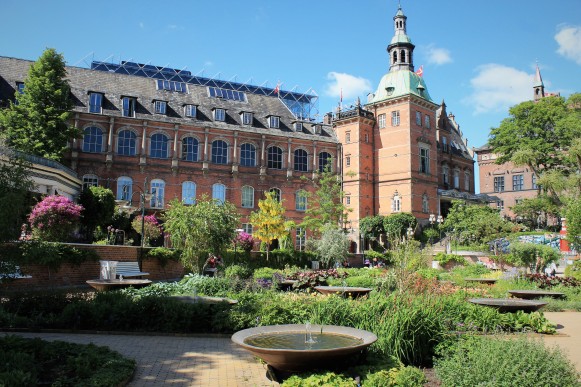 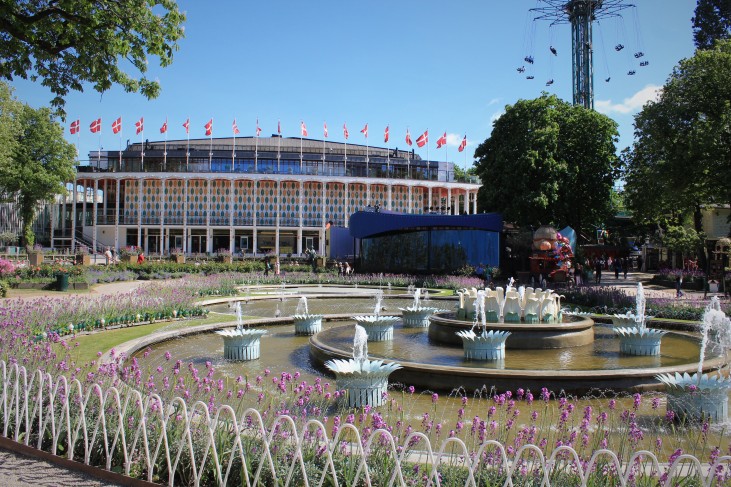 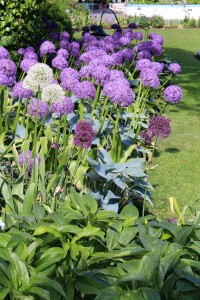 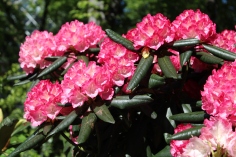 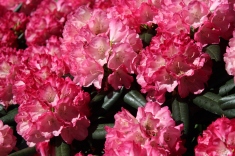 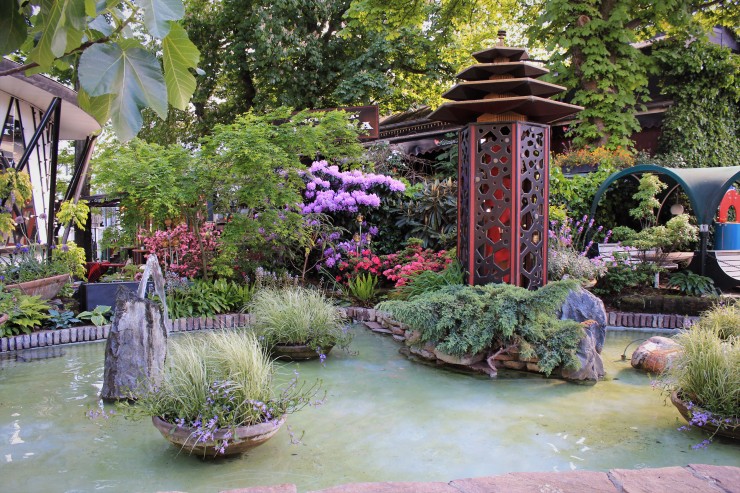 The bus took us back to the port via a different route through the city with some photo stops. 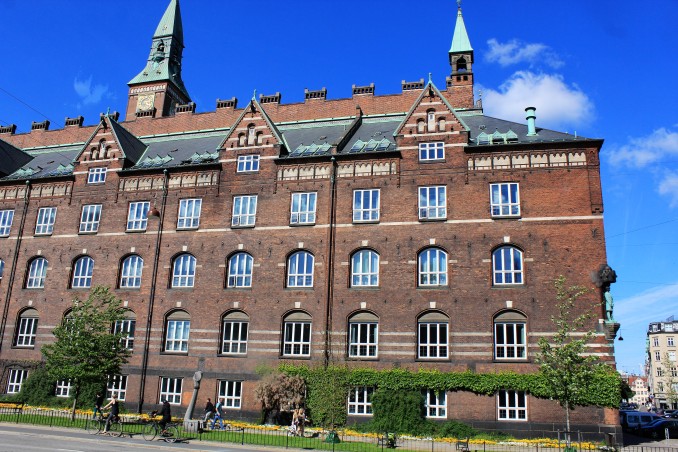 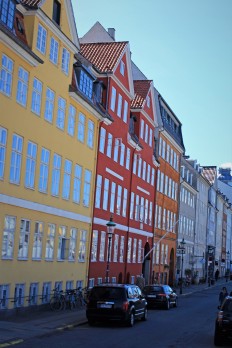 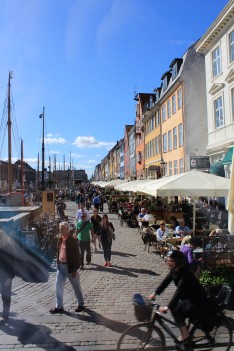 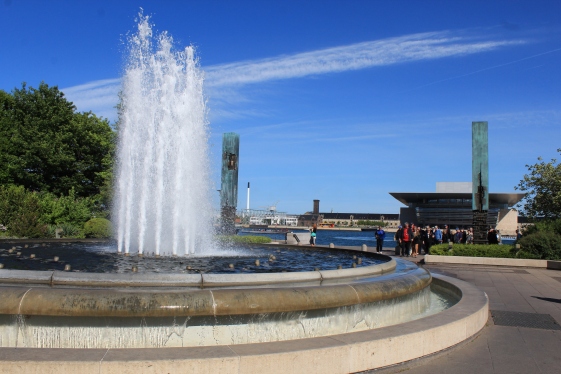 We stopped at the palace square Amalienborg Palace, home of Queen Margarethe II and her family. 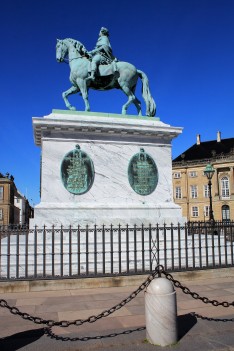 We arrived back at the ship in plenty of time to relax before dinner.