Unless something remarkable happens tomorrow’s blog on our trip to Barkerville will be my last one for this journey.  After we leave Quesnel on Saturday we drive to 100 Mile House and the next day we arrive home again.  These are familiar roads without unseen tourist attractions and scenery.  But, you never know.  We may take off on some Forest Service Road to find some geocaches and be surprised by some critters or countryside or waterfall.

Where have all the mountains gone?  Unfortunately the smoke from the forest fires was not gone.

Today was primarily a driving day.  Other than stops to find geocaches – we took a side road just out of Quesnel and found about 6 caches of the 14 total we logged today.  Our only tourist stop was actually to be a geocache find but we ended up wandering around the Vanderhoof Museum and Heritage Village for quite awhile.  The Visitor’s Center at Vanderhoof is located in the little museum.  There were two interesting items that caught our attention.

First was this Band Organ.  We had never seen such a thing.  It would be great to hear it play.  They did have some of the necessary scrolls but the organ no longer works.  They need to find a good tinkerer to get it going again.  According to the write-up, it could be heard for miles.

The second item I liked was this huge piece of petrified Cottonwood Tree.

There were two geocaches hidden on the grounds and several more on a long trail that wound through the back of the property and came back out near the parking lot, where there was another cache.  We didn’t take the time to walk the trail to find them all but we did locate the three nearest the buildings. 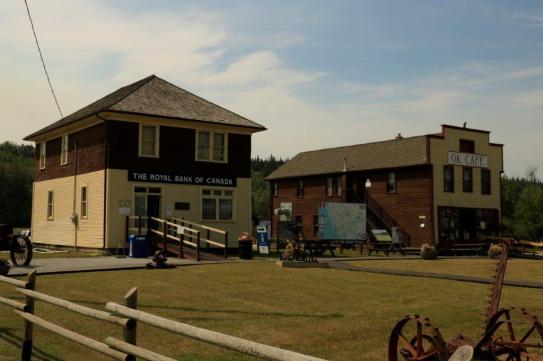 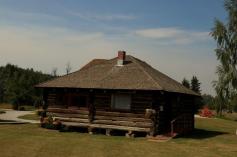 The Northern BC Provincial Police Depot from 1912. 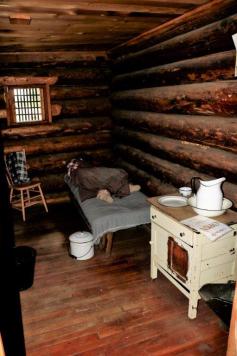 The building we liked the most was the Smithers House. It was a beautiful house.  Really well made and ‘modern’ for its day.

We liked, too, that you could wander into all the rooms of the various buildings and look around.  So many heritage buildings rope places of – I certainly understand why that is done because I know very well that some light-fingered unscrupulous people will steal things.  Still, we liked the freedom in the buildings here. 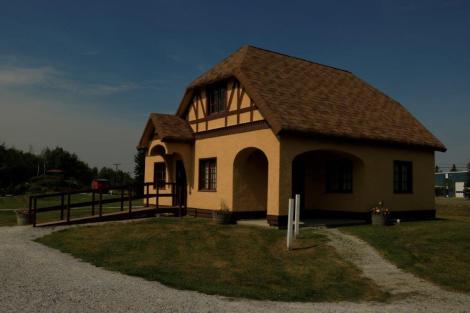 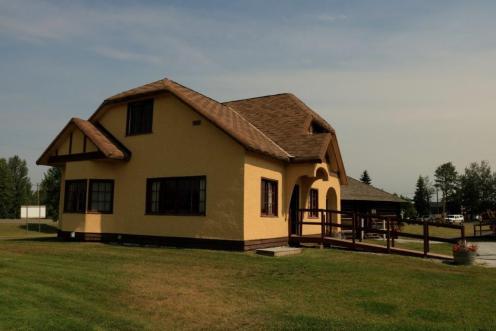 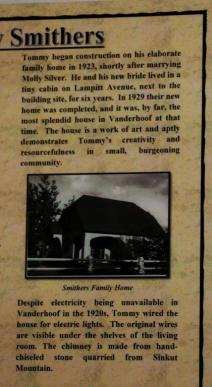 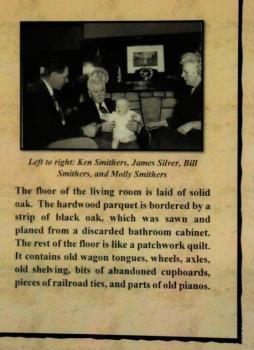 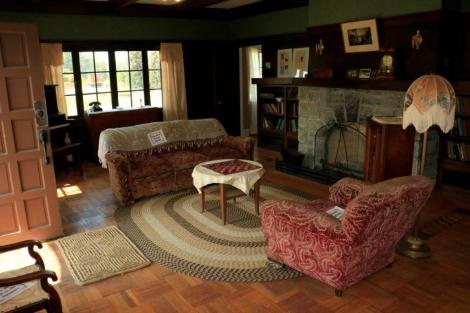 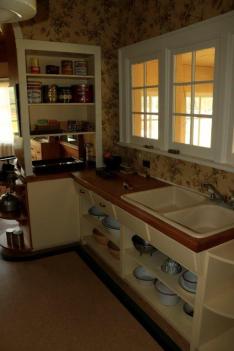 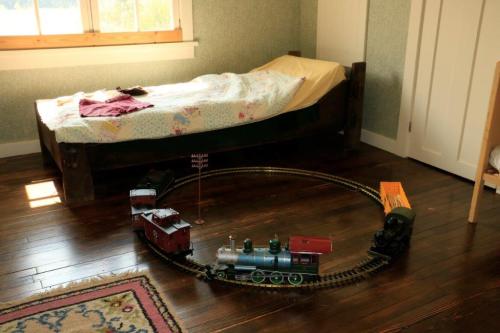 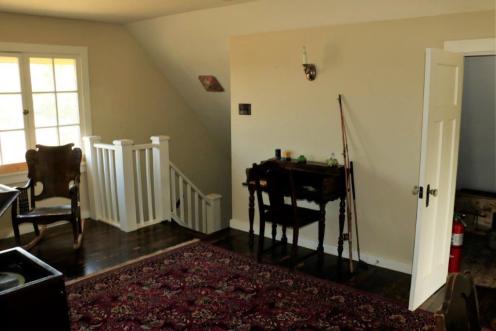 The children of the family would have loved to play in this big space at the top of the stairs. 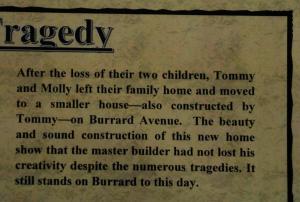 The fellow for whom Vanderhoof is named. He was a good looking chap. 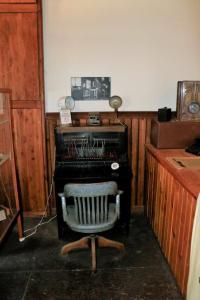 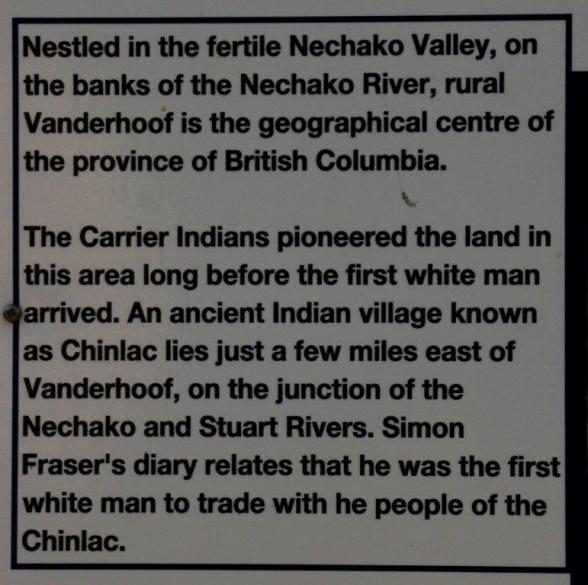 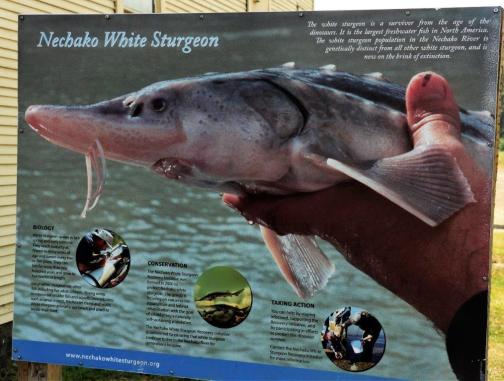 We stopped on the south side of Vanderhoof at the cairn that marks the actual geographical center of BC. 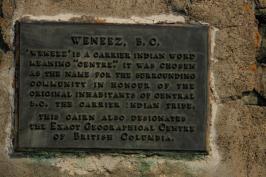 And that, my friends, is the last photo I took today.  We drove through farm land most of the day, did the little side road geocache hunt and arrived in Quesnel at 10 after 6.  It is a 3 1/2 hour drive from Fort St. James, but in our usual fashion we managed to take all day to complete the journey.

Tomorrow we go to Barkerville.  As I mentioned in yesterday’s blog we have been there before.  I loved it when I went with my aunt and uncle way-back-when because there were lots of people ‘manning’ the stores and businesses in period costume.  We were disappointed when we brought our children up here because there were no townsfolk.  You could just look into the buildings, so it wasn’t nearly as much fun.  It may have been the time of year as the 19th century people only work during the summer months.  I am interested to see what I think of the place today.