Happy Canada Day!  We spent the day driving 535 km from Whitehorse to Dawson City, mostly in the rain.  It was steady for the first few hours, then would quit for awhile, then start again.  As we were nearing Dawson City it stopped all together and we had a nice evening our first night in town.  We are staying two days and three nights.

Not far out of Whitehorse we stopped at a mining museum to find a geocache. The museum wasn’t open. It was either too early in the morning or it wasn’t opening at all.  It did look a bit neglected. 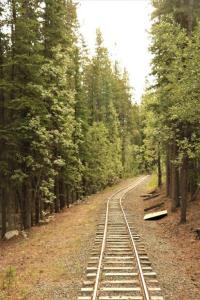 Our next find as we left Whitehorse was a short distance down Horse Creek Road and at the end of a 125 meter walk along a trail to a lovely view overlooking the valley. 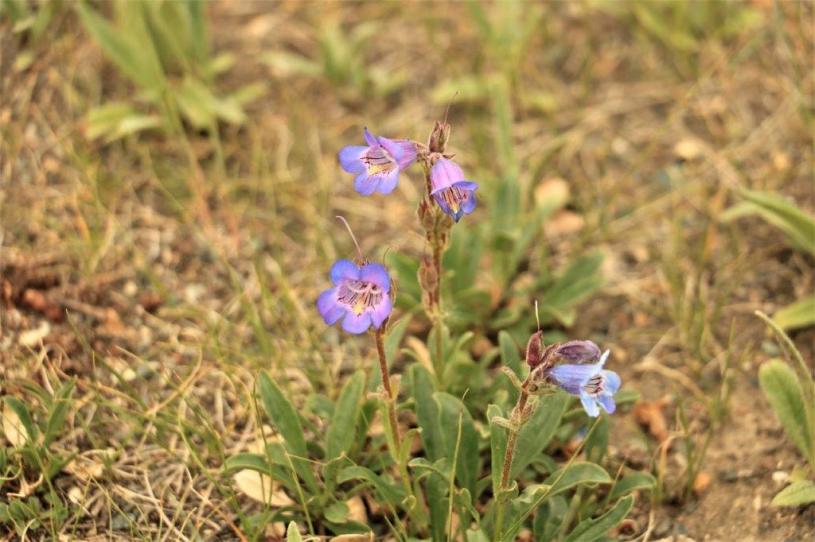 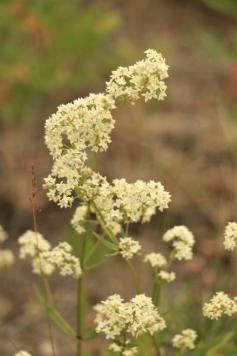 There was another earthcache hidden at a rest stop where there were Puddingstones.  I have never heard of them, but we learned all about them from the signs.  It was pouring rain. We got very wet even in the short amount of time we were out of the truck.

As we drove past a break in the trees we saw some lovely colour in a little lake.  John kindly backed up so I could get a couple of photos. It would be gorgeous in the sunshine. 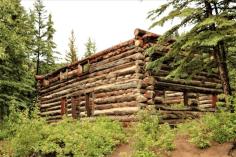 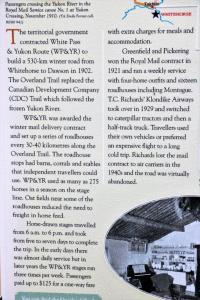 The Five Finger Rapids are famous for the difficulty boats and rafts had in negotiating the currents around them in the river.  The columns are conglomerate stone the same as the Puddingstone. There was an earth cache here as well, but it was raining still and to find the answer to the last question you needed to log the find you had to go to the viewing spot down by the river – 219 wet steps down and back up.  We passed. 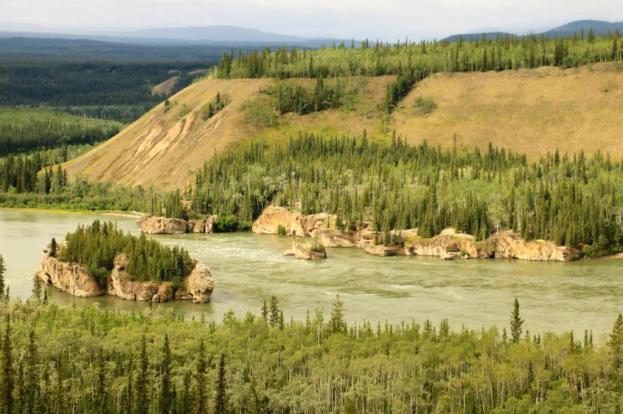 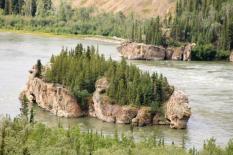 During one of the lulls in the rain we spotted this cute little cub sitting on the road.  When it heard the truck coming, it hightailed into the bush; where, I suspect, momma was waiting. 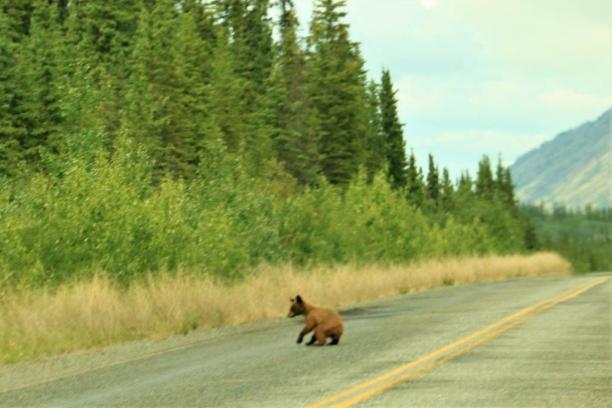 I commented on the name of the museum in Whitehorse saying who knew what Beringia was, well apparently it is an ice age era that contained lots of giant-size critters.  Now we all know. (I still think a different name would be more affective for that building though.) 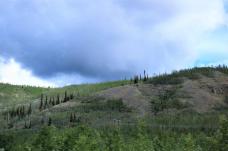 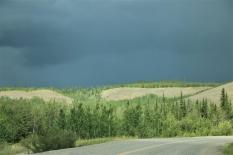 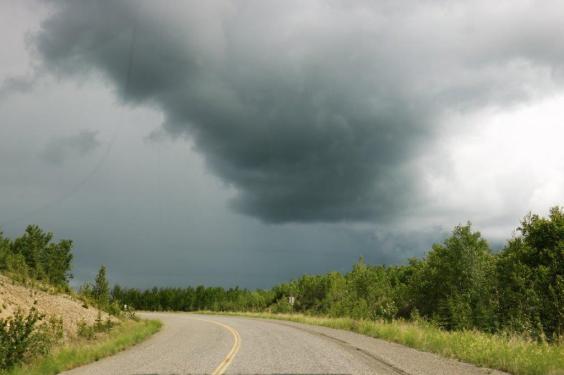 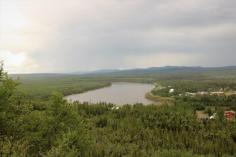 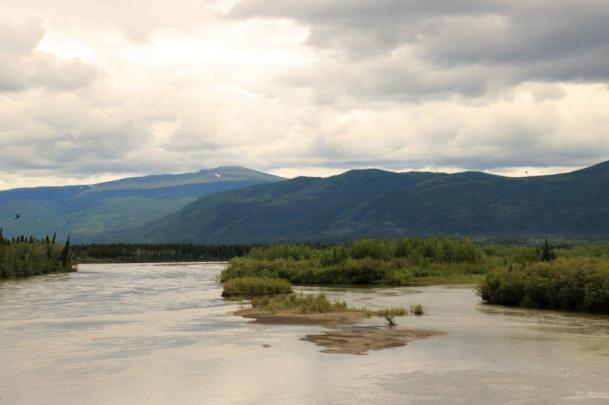 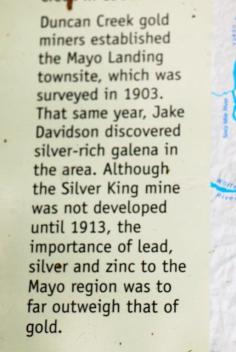 There is no shortage of geological placards around these parts. 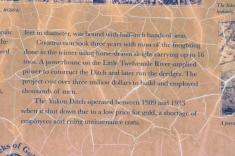 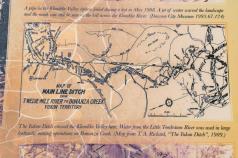 As we drove into Dawson City both sides of the road had high, long, long, long, piles of rocks and gravel.  There was even a housing subdivision in some of them.  They are all tailings from the gold mines.  I didn’t take any photos but we will be going past them again so I will take some shots later. 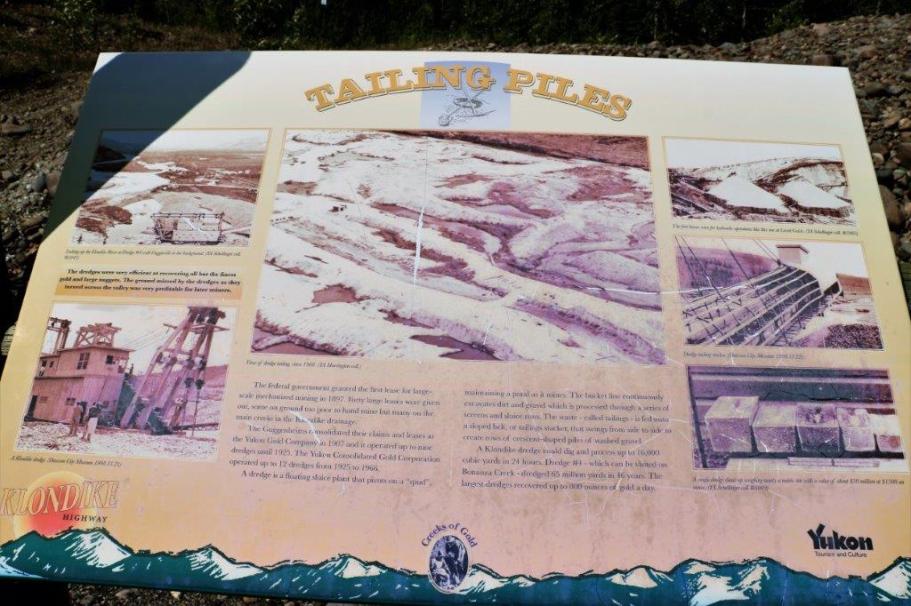 It felt like a long day today, but we arrived in Dawson City at 5.  We left Whitehorse at 8:45 so the day was shorter than some others we have had lately.  Maybe it was the rain.  Tomorrow we have a full day in Dawson with no places we have to be.