Piraeus is the nearest port to Athens; which is only about 8 km (5 miles) away.  The ship docked at 10 am and stayed until 6 pm the following day.   We walked to the waterfront shopping area to find a bank so we could get a few smaller denomination Euros.  Turns out there is a law in Greece that you can’t do transactions in a bank unless you have an account in the bank – even just changing larger bills into smaller ones.  The banks also all have very high security. There are two heavy remotely lockable doors into each one so if you try rob the place you will just get trapped between the doors.

We walked all around the port shopping area for about an hour and a half before going back on board to have a bite to eat and get ready for our tour. 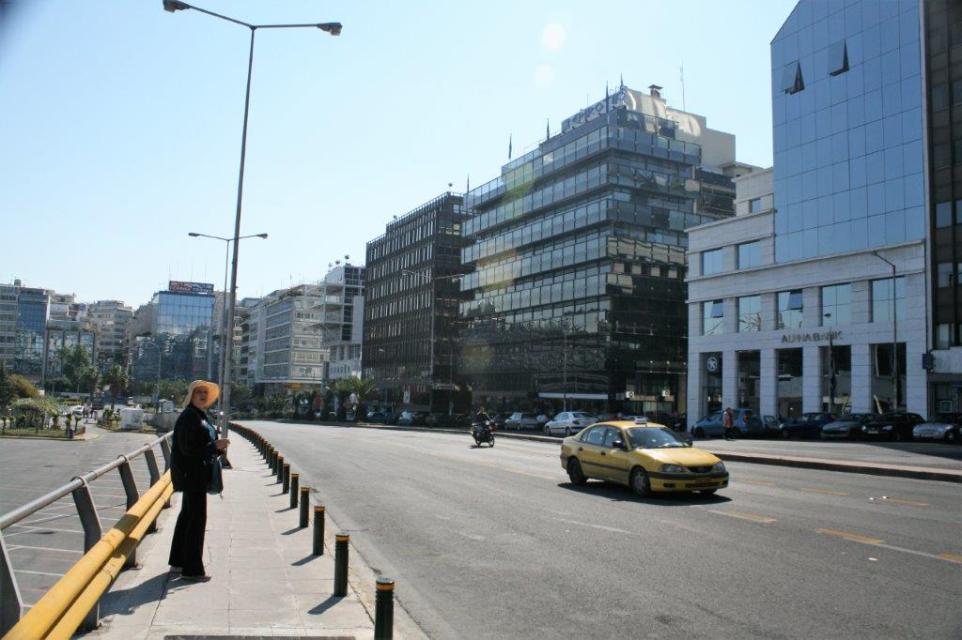 Pireaus has a 6,000 year history.  It has been the main Greek harbour since 500 BC.  Cargo, commercial and passenger vessels from all over the world share the docks.  Piraeus is designed for maritime commerce and most people in the city maintain some kind of tie with maritime industry. 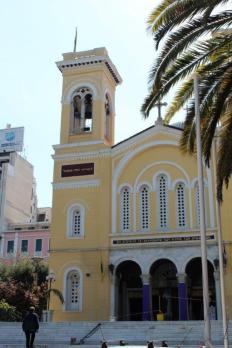 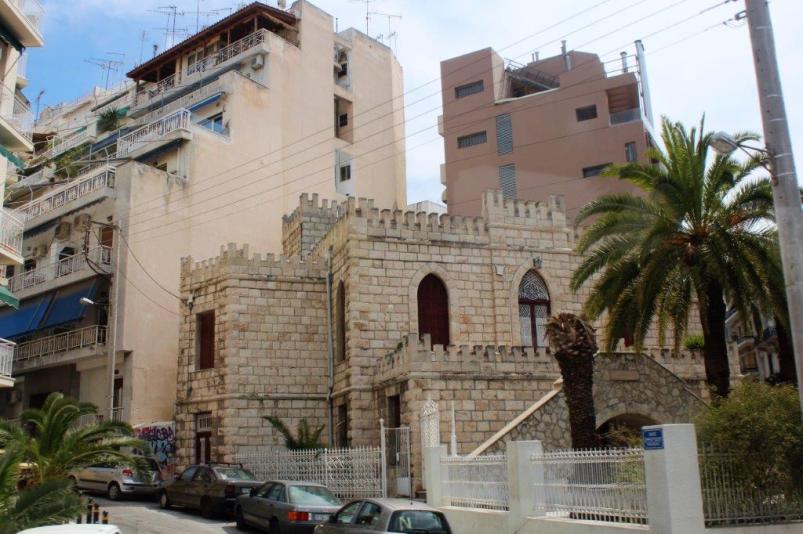 The drive into Athens did not take long.  We were dropped off at the base of the hill to the Acropolis.  In Ancient Greece every city had an Acropolis which is a place of worship and administration that was built on the highest hill.  Acropolis simply means high place.

This photo I took of an aerial view of the Acropolis from a brochure gives an idea of what the entire site looks like. 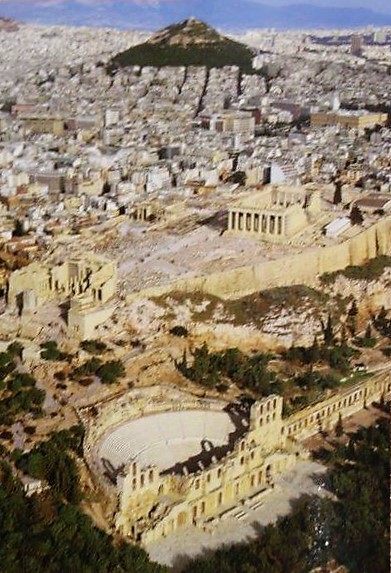 As we made our way along the path we had a good view of the Theatre of Dionysos at the foot of the hill which had a seating capacity of about 17,000. 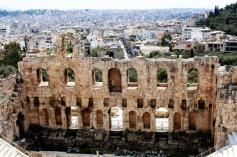 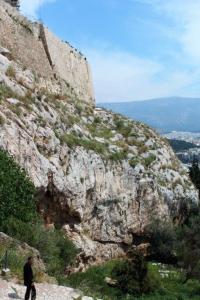 It is not a very high hill and only took a few minutes to climb.  The reinforcements made by man over the years makes the fortress stand 70 meters (230 feet) above the city and you get a panoramic view in all directions. 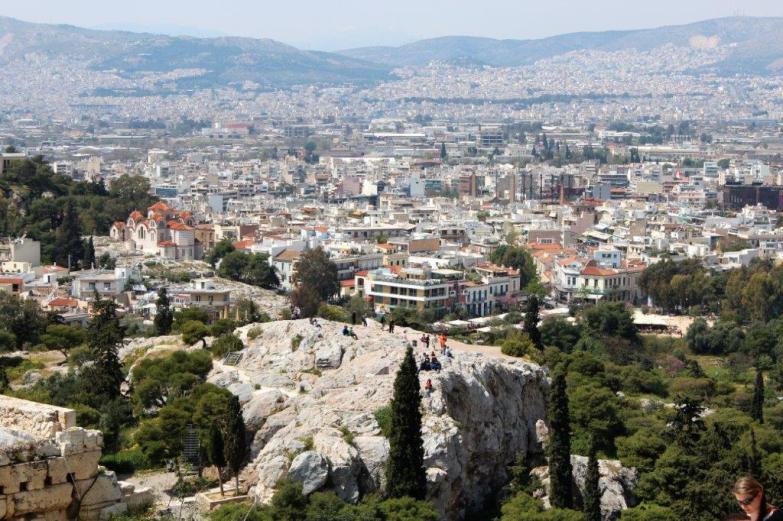 At the top of the path is the Propylea, the colossal entry gate, which gives access to the upper terrace. Our guide stopped at the gate and spoke for about 20 minutes.  I love all the information and history, but I don’t want to stand in one place for the majority of the time I have and listen to someone talk about what I want to see and then have no time to go see things.  We wandered off to explore.  I saw the group eventually arrive and stop by the Parthenon building and she talked for another 20 minutes.  We ignored the group the rest of our allotted time and re-joined them when we were due back on the bus. 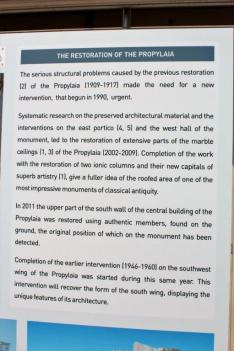 There are the remains of four buildings atop the hill and all of them are undergoing restoration; the most famous being, of course, the Parthenon (Virgin’s Chambers – dedicated to the Virgin Goddess Athena), considered by many to be man’s finest structural achievement.   The flawless proportions feature a gentle upward slope, so the form appears to be a perfect rectangle, but, in fact, the columns are slightly widened on one end to create a linear illusion. 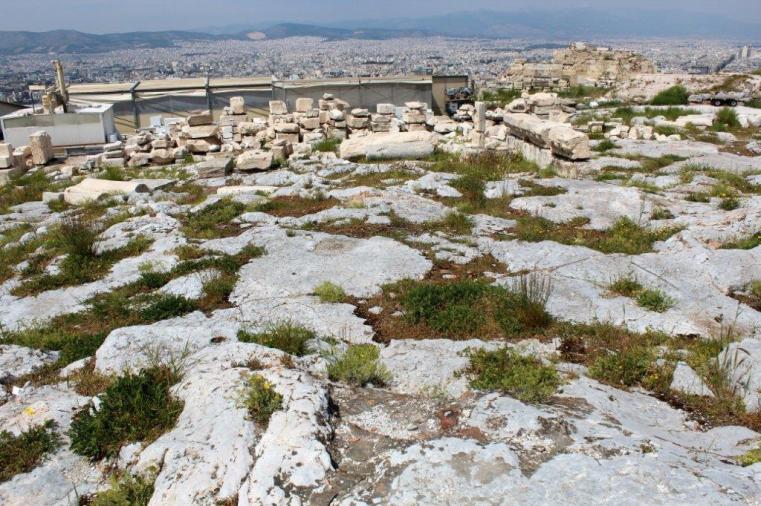 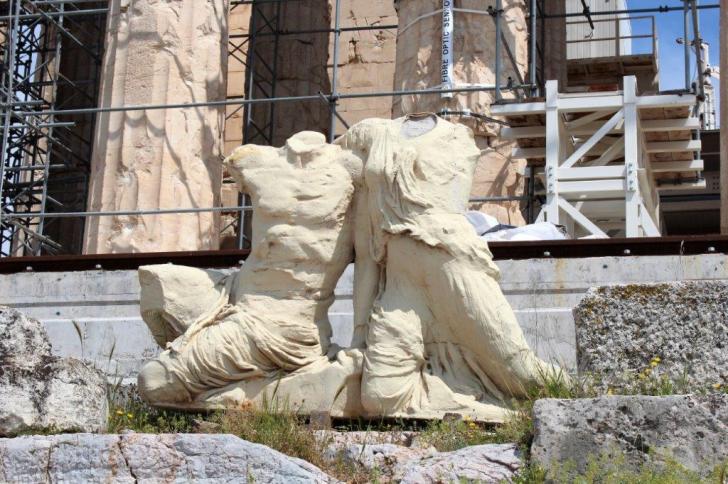 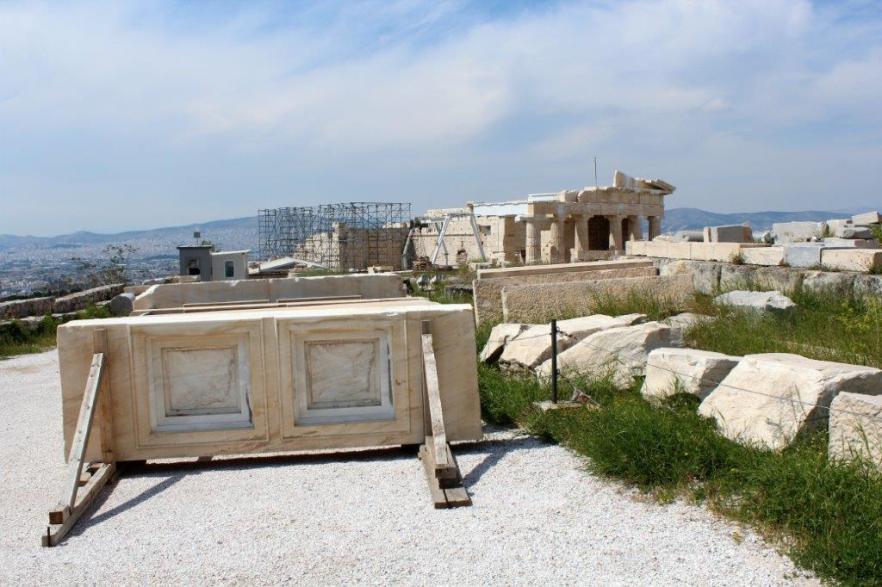 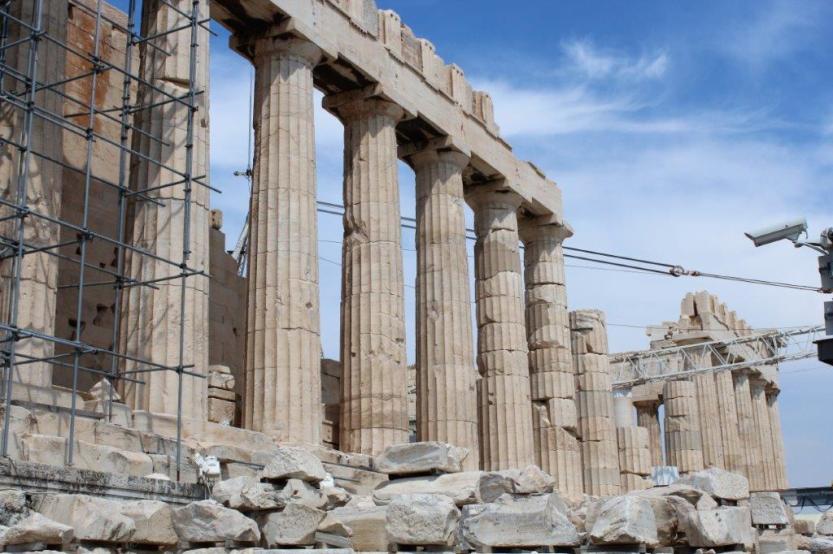 We walked all the way around the Parthenon before exploring the rest of the buildings. 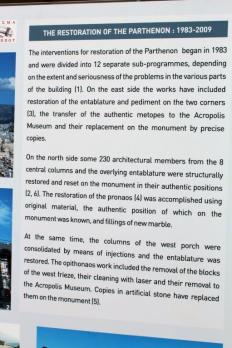 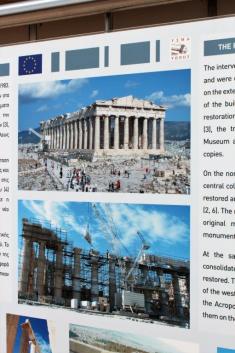 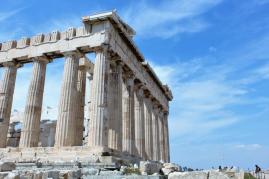 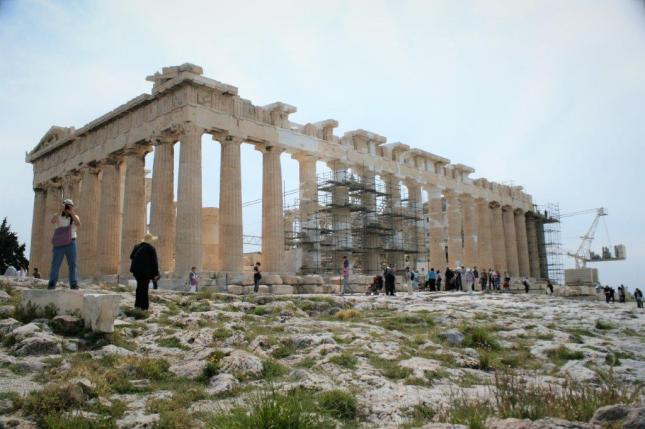 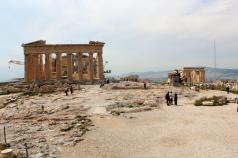 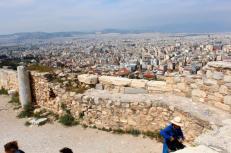 From the edge of the hill by the Parthenon you can look down and see more ruins of buildings and a theater. 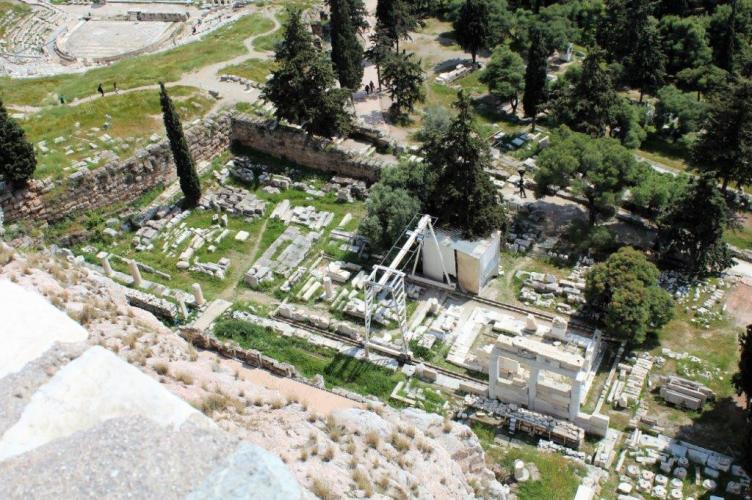 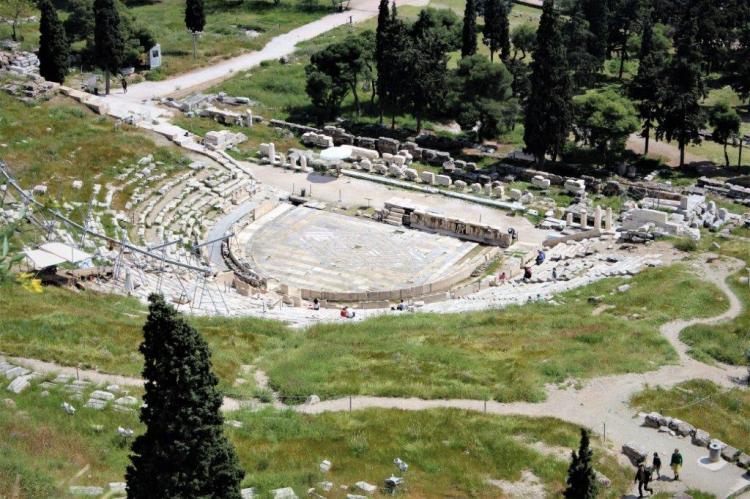 The Temple of Athena Nike was built to honour the 480 BC Athenian victory over Persia. 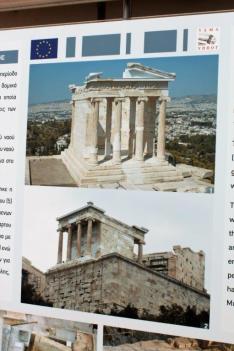 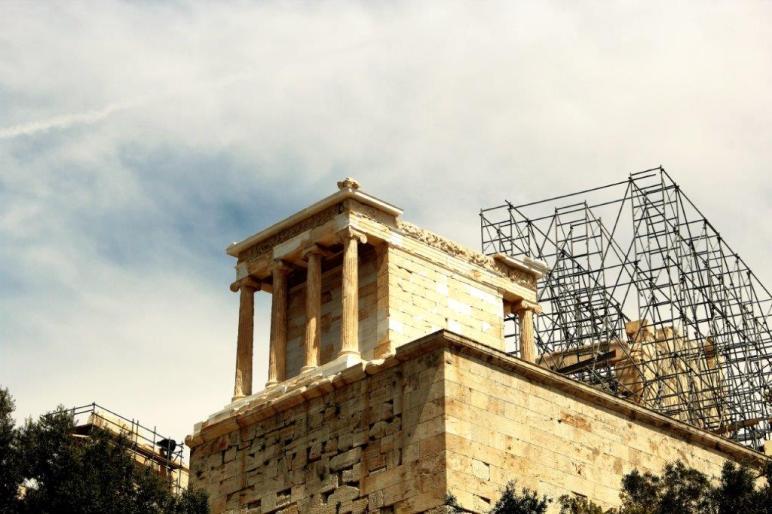 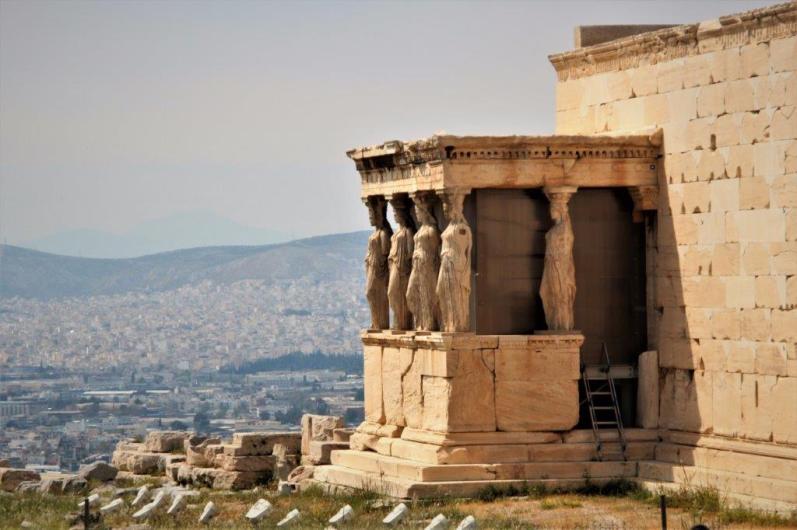 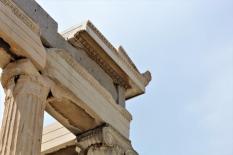 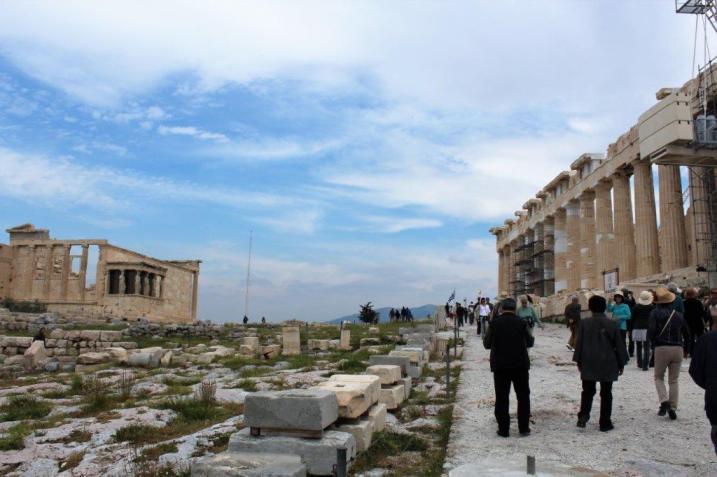 Sadly, we had to leave.  The bus took a circuitous route through Athens, taking us to the Olympic Stadium.  It was completely destroyed by fire and re-built exactly like the original for the first modern Olympic games in 1894.  Seating capacity of the stadium is 60,000.  Every torch for Olympic Games begins its journey from this stadium and is then carried to the host city. 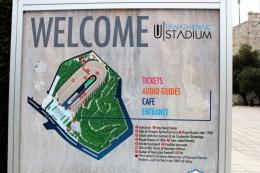 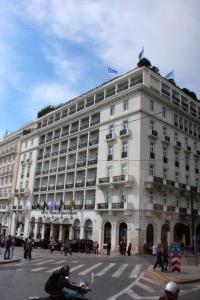 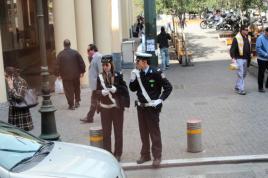 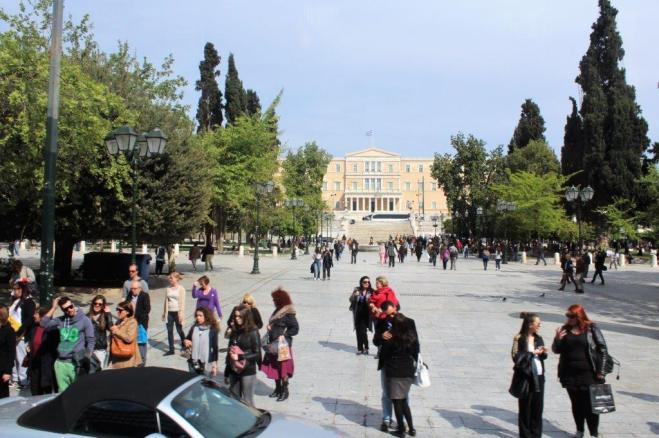 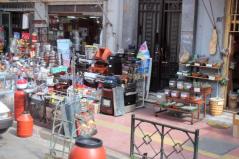 We returned to the ship very much aware that we had seen only a very small part of what is available in this amazing city, but so thankful for our wonderful day at the Acropolis.  The next day’s tour took us out of Athens to the ancient city of Corinth.