There are actually three islands to Malta; Malta, Camino and Gozo.  We spent April 1 on Gozo and covered the majority of the island during our four and a half hour tour.  Gozo is more than one-third the size of Malta but has one-tenth the population.  The island is 11 km long and 7 km wide.  Within that area there are 17 distinct villages with a population of about 30,000 and over 100 churches. (The island of Camino is tiny, only about 3/4 of a square mile and has a permanent population consisting of four residents.)

Gozo is more fertile than Malta and very green, with diverse terrain from high sea cliffs, to terraced and valley farms, to beach resorts, and caves and grottos.  The capital city is Victoria which sits in the middle of the island 6 km from the port city of Mgarr where the ship sat at anchor for the day.

It was Palm Sunday when we visited so almost all the shops were closed (which bothered us not at all) and most of the people were at Mass.  The passengers were greeted by a group of local musicians and a demonstration in the making of world-famous Gozo bobbin lace by some local ladies. 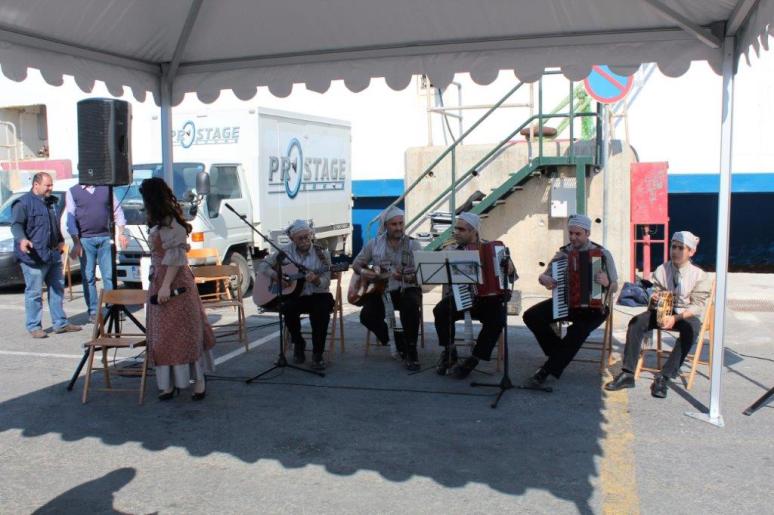 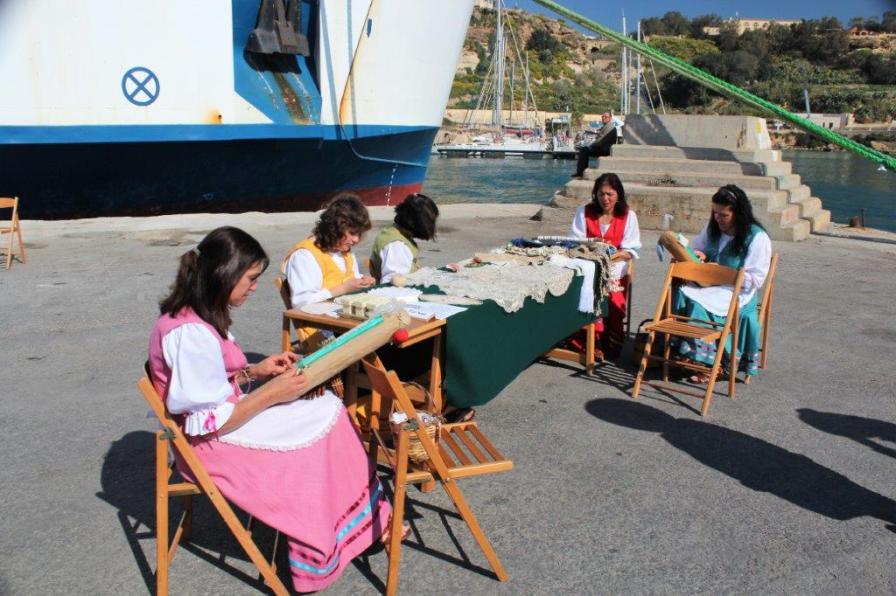 We spent the day in an open 4 X 4 truck with a couple from Edmonton and our driver Godrino (Godwin).  He took us in a clock-wise tour almost all the way around the island, stopping many times to let us get out and see the view and the sights.  We all agreed we could easily spend a month on Gozo.  We had an awesome day!

All of the buildings and the fences are made of sandstone quarried on the island.  One of the quarries is so deep it goes down to sea level. 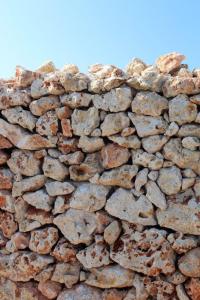 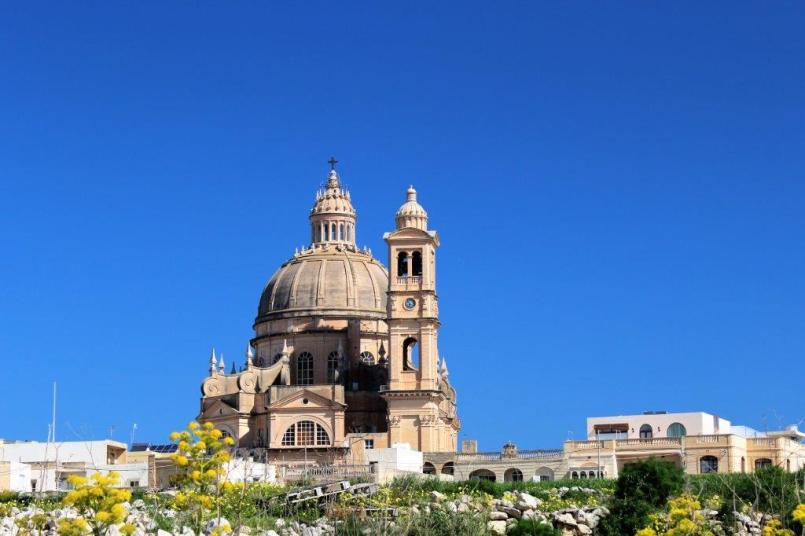 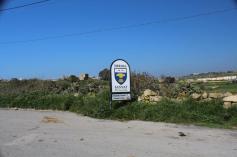 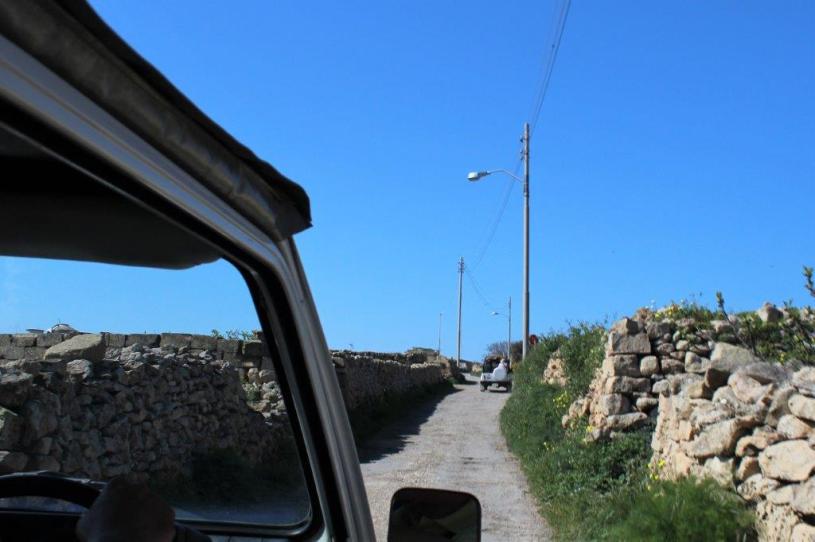 Xlendi is a resort area and sheltered harbour.  It was a beautiful place; and popular.

There are people on the stair-path.  The island is very hilly so it is a good workout to go hiking around.

The Dwejra Watch Tower was built in 1652 to keep watch for pirates.  A system of fire and smoke was used to signal other towers.

We had a stop at Fontana and saw the traditional laundry facilities where women still come to wash their clothes.  We were also give a demonstration of the fine and complex art of making Gozo bobbin lace. 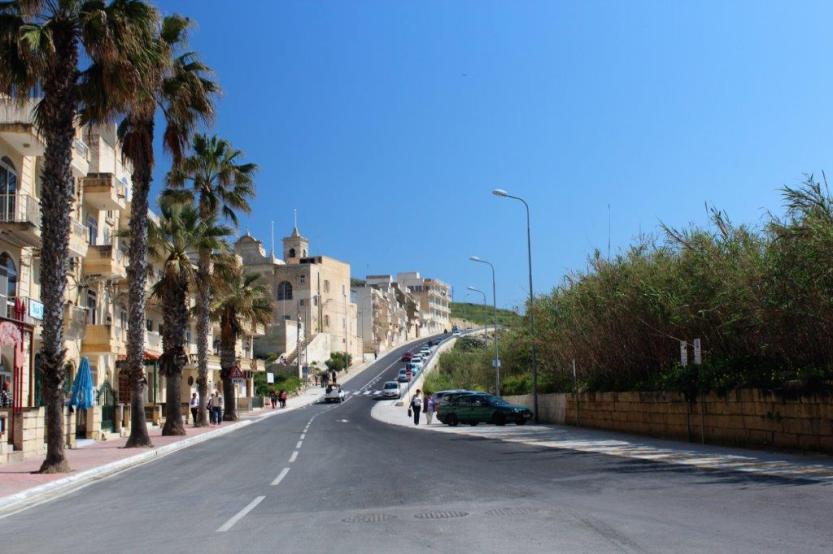 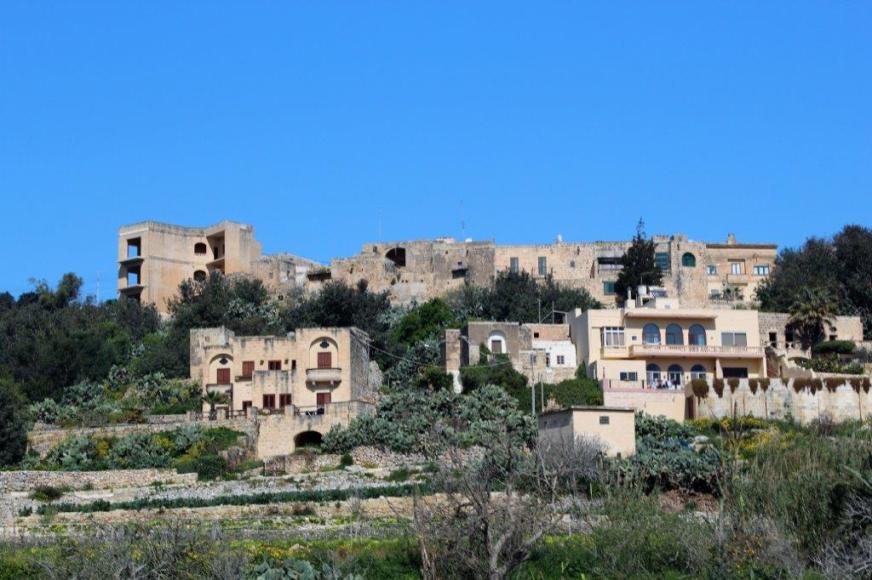 This lady was on the cruise with us and she took no photos. She always had her sketch pad and would draw (beautifully I may add) the memories she wanted to preserve.  A very talented lady.

How they can possibly remember which of the many, many bobbins of thread gets moved when and where to make the pattern is completely beyond me! 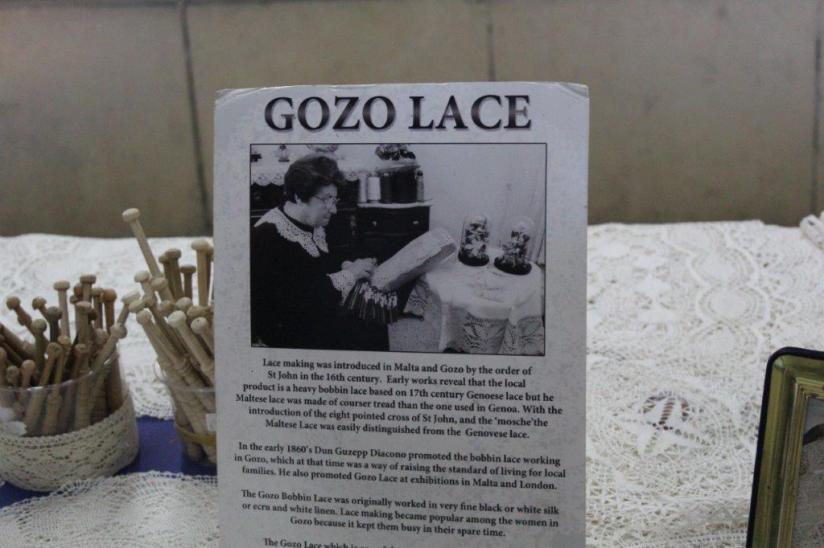 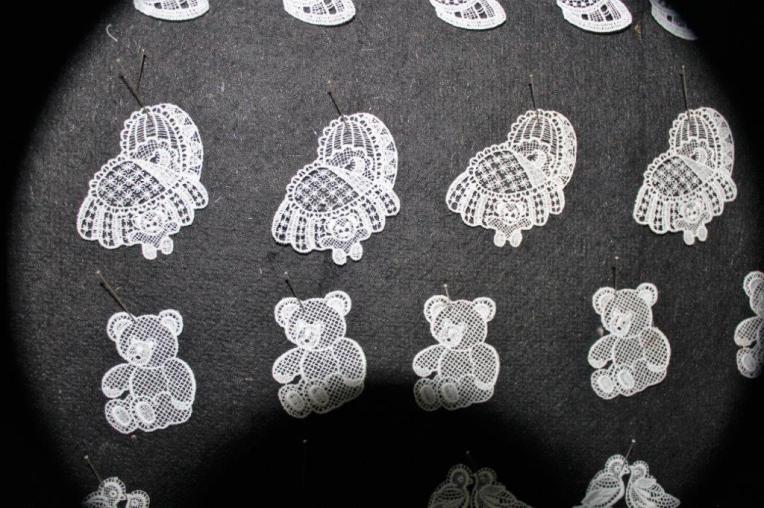 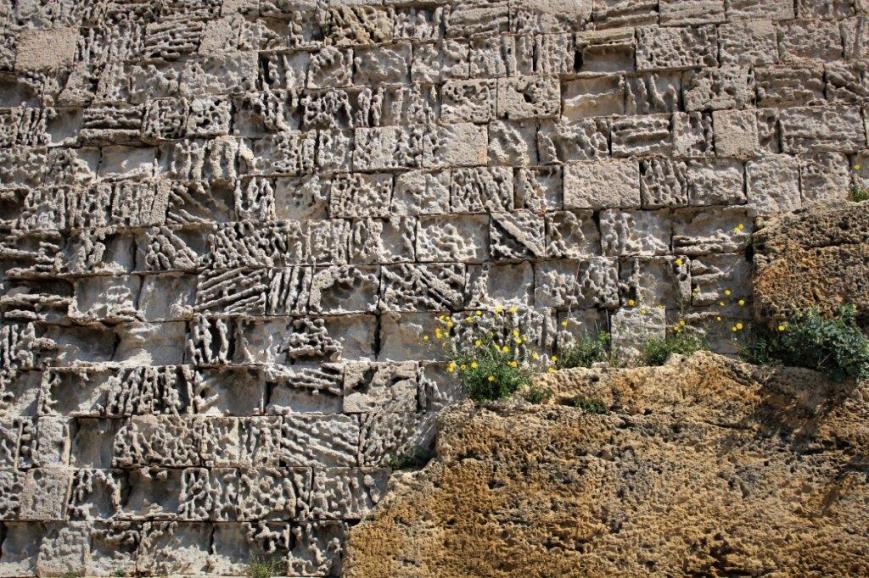 From the top of the Citadel in Victoria you can see the entire island and the islands of Camino and Malta, each a mile away. 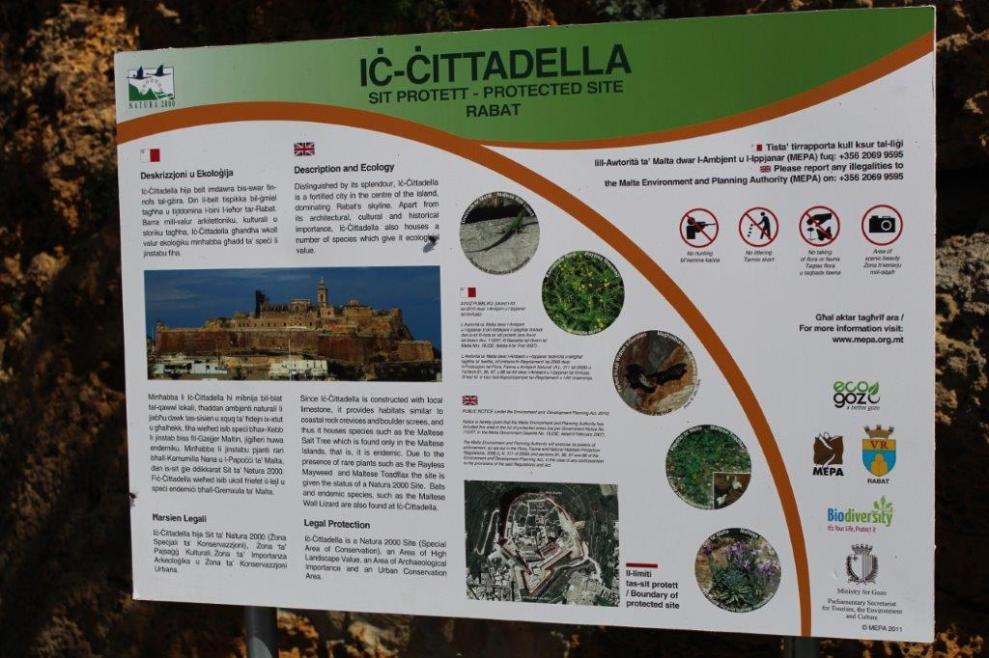 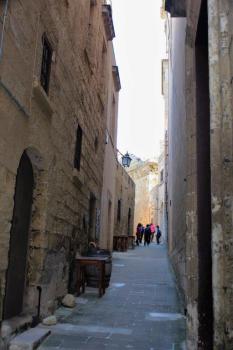 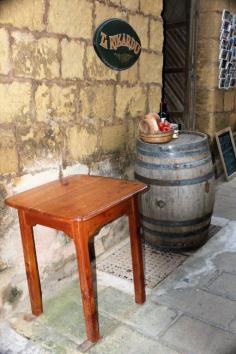 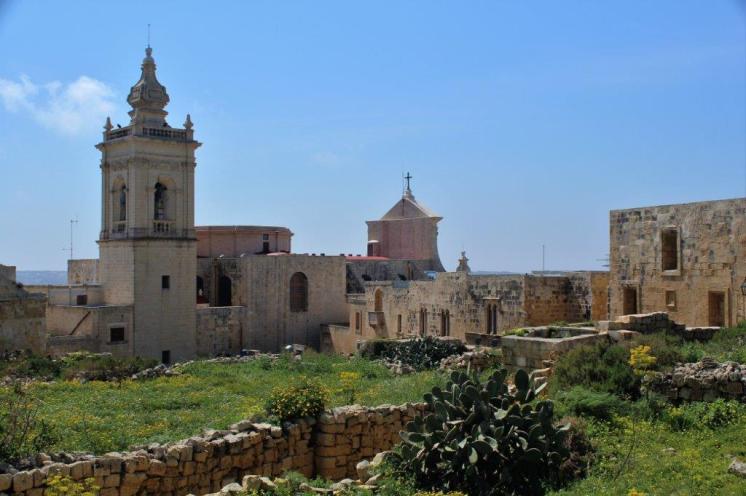 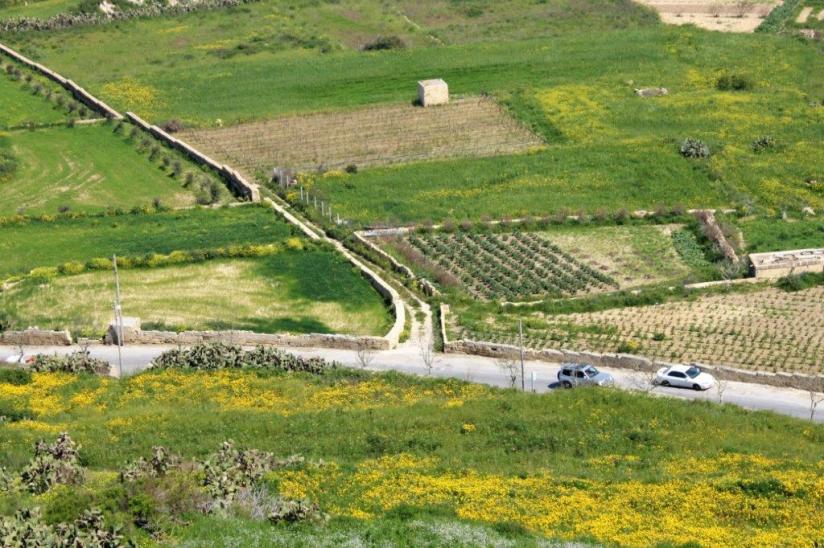 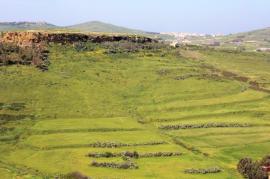 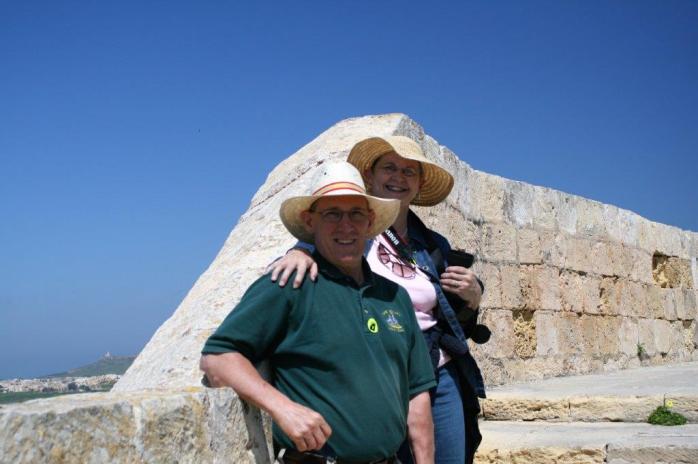 I guess if everyone is going to church for Mass it doesn’t matter how you park. 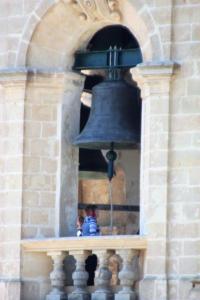 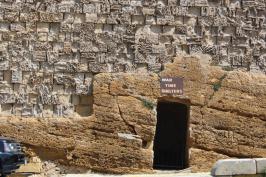 The other half of the tour can wait for another day and another blog.