It is a frequent problem at the Crocodile hotel in Kakadu National Park that people leave their hotel room doors open because the humidity makes everyone so warm.  This causes the air conditioning units to get condensation on them, which causes them to over heat, which sets off the fire alarms.  We know this because at 4:14 am and 6:20 am we were woken by the sirens!  Thanks people.

All the flooding has created extra concern about crocodile attacks.  Most of the flooded rivers and small lakes or ponds are roped off quite a distance from the actual shore.  “Salties,” salt-water crocodiles, who live in both fresh and salt water, can make their way much further inland and at every bridge, flooded roadside, and plunge pool there were signs forbidding swimming and warning people to stay well away from the water’s edge.  Salties can leap out of the water at about 40 kmph and grab prey or people.  They grow up to 6 meters long (that’s about 20′) and are fearless predators.  The Top End records at least one croc related death every year.  Just a day or so earlier a 14-year old boy had gone missing near the water and it is suspected he was taken by a croc.  Australia does not mess about with wimpy animals, insects, or plants.

I don’t know if you can see it well enough, but there is a Jabiru Stork walking across the road in front of the oncoming vehicle.

Then it takes wing.  They are big, with a long wingspan. 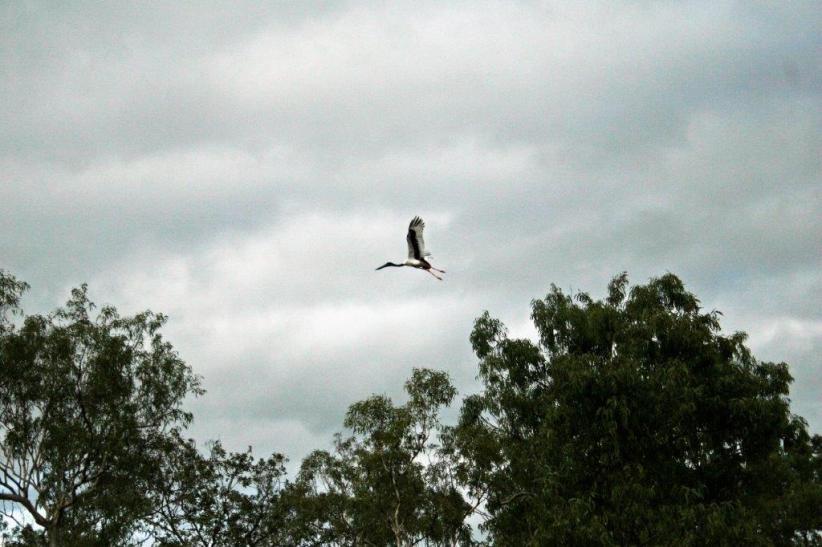 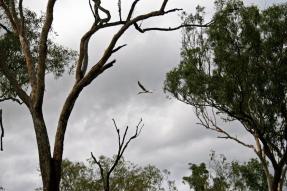 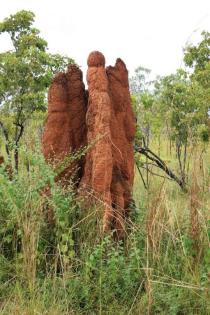 The line across the top of the post indicates how high the water may come during a flash flood.

We stopped a couple of hours later at a lookout over the forest with a view toward the escarpment. 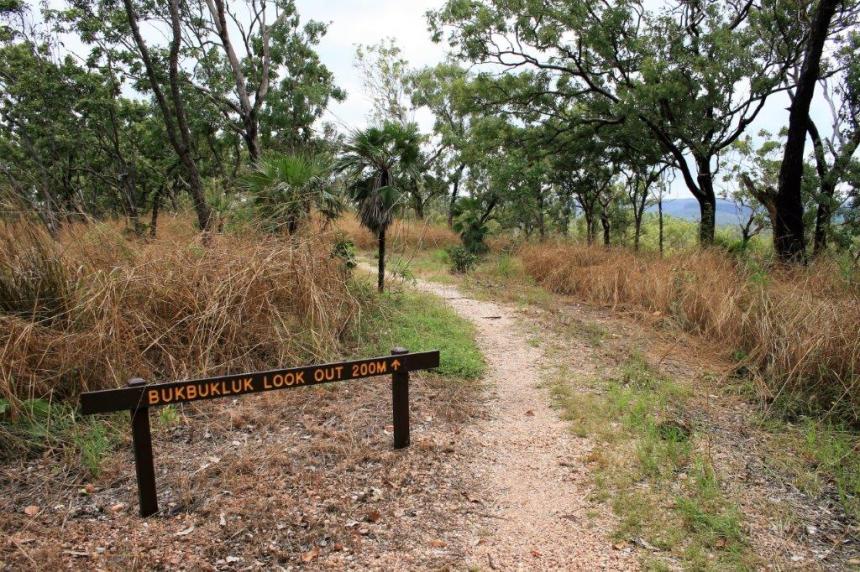 At Stuart highway we turned north to Pine Creek for a wander in the Miner’s Park that displayed old mining equipment. 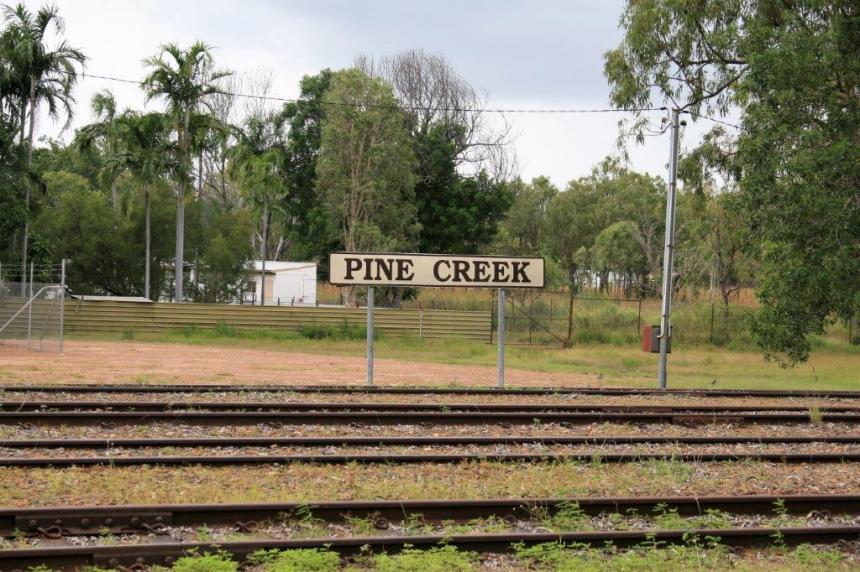 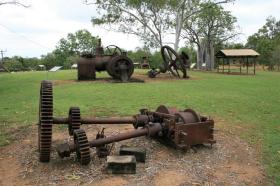 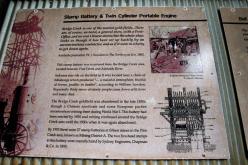 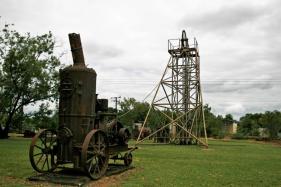 Downtown Pine Creek has a water garden which is a water-filled mining site.  There wasn’t really a garden, per se, just a lot of trees and grass.  Perhaps we didn’t explore far enough because we didn’t see a water lily pond either.

There were dozens of huge fruit bats sleeping in the trees. 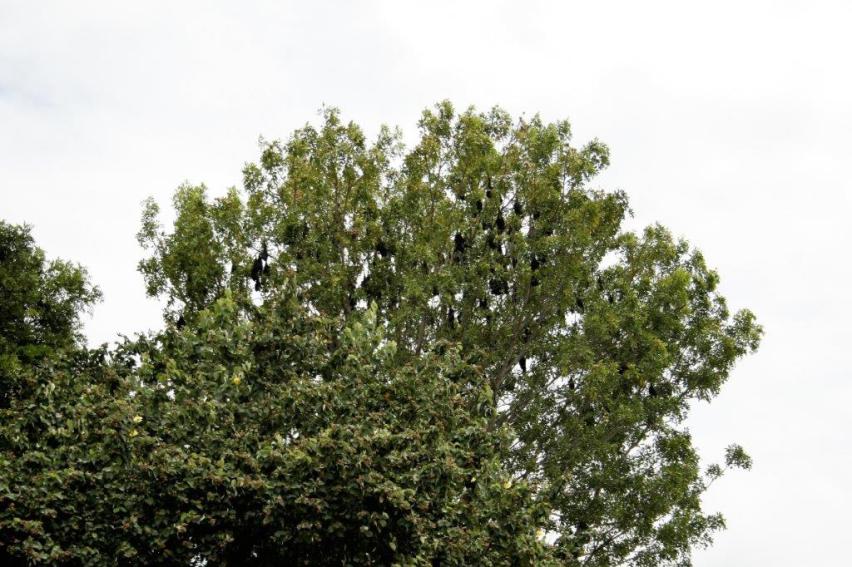 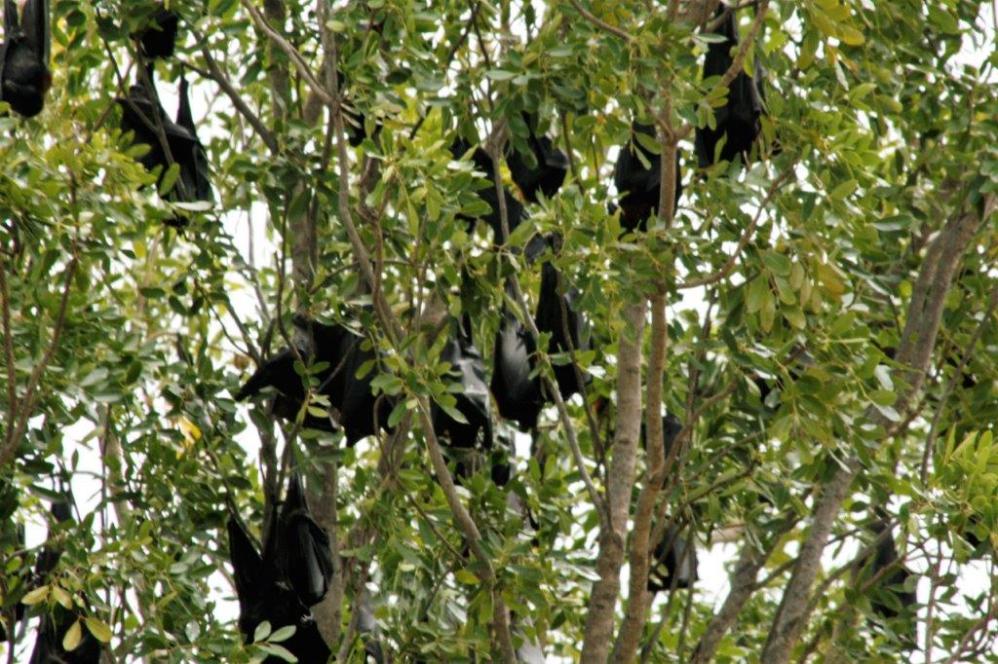 We also drove up to the lookout over Enterprise Pit, an old open-pit gold mine now filled 135 meters deep with water.  The green-blue colour was very nice, although the true colour does not show in the photograph. 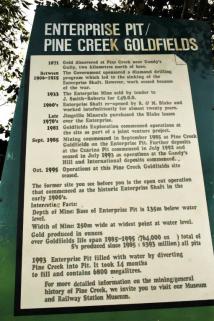 John had been looking forward to some off-road driving in Kakadu but with all the roads closed we were only on paved roads.  At the Enterprise Pit lookout he put the Prada in 4WD and drove up this little embankmet.  Just because he could! 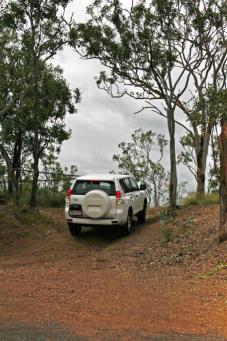 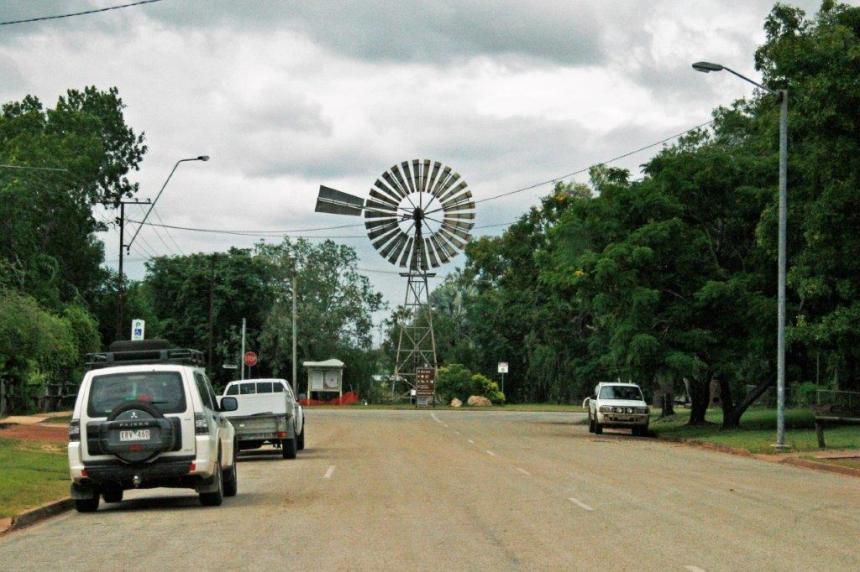 There are very long road-trains in Australia.  This truck only had three trailers in tow.  We saw some with four.

We arrived in Katherine at three o’clock, checked into our hotel and then drove a kilometer into town for some food supplies and a visit to the information center for the local lowdown.  Then it was back to our room to do some work on the computer.  Internet was not free in AUS hotels when we were there.  I don’t know how things are now since six years have passed since this trip.  We paid $6.00 for 1/2 hour on-line at our hotel in Katherine.  That qualifies as an ‘ouch.’ 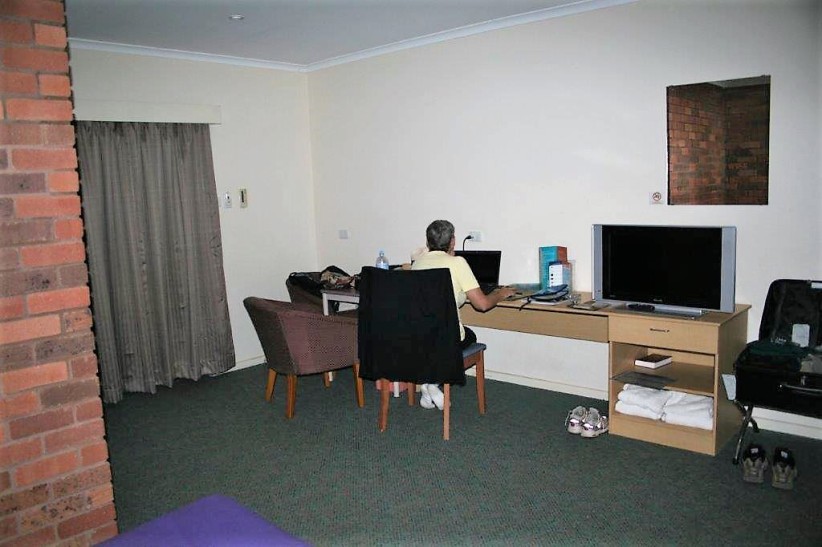