Before we left Kingston in the morning we drove to the Jaffa Lighthouse.

Also in Kingston was a type of sundial we had never heard of so we wanted to check it out.  We had to ask directions twice to find the park it was in.  In the process I found my very own street! 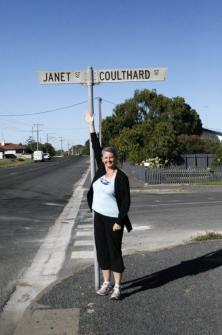 The park was very nice. 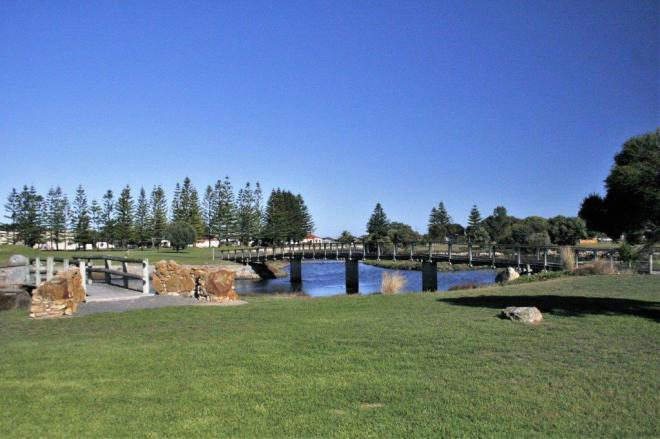 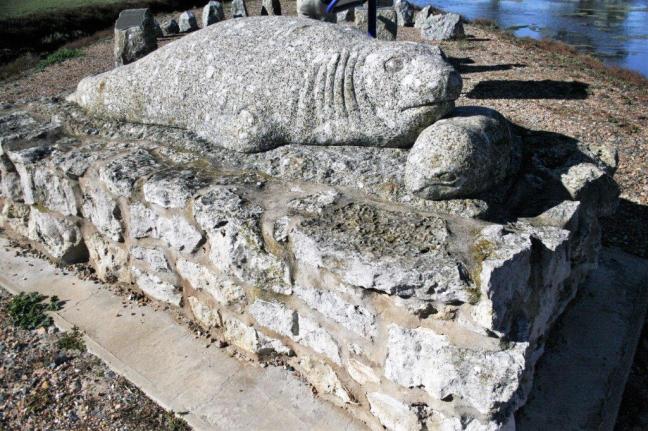 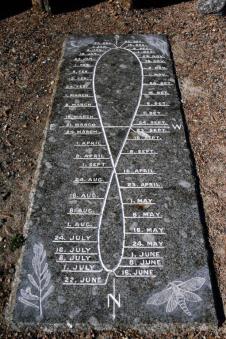 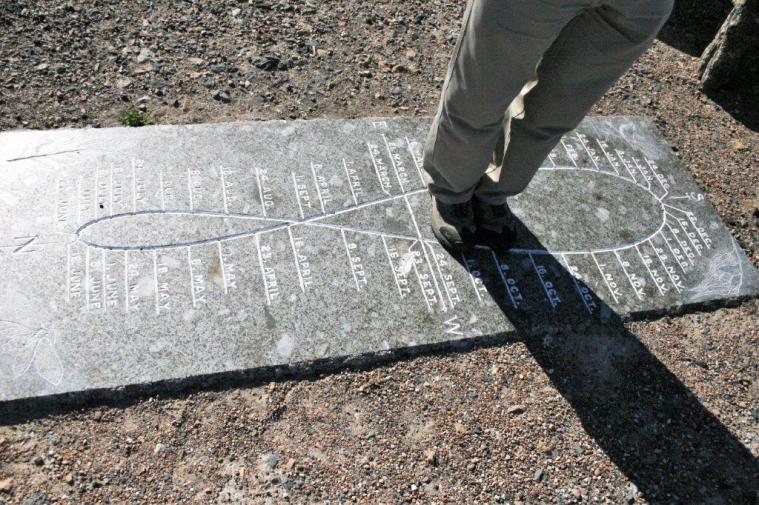 Kingston is a big lobster fishing town and Larry the Lobster was there to welcome everyone. 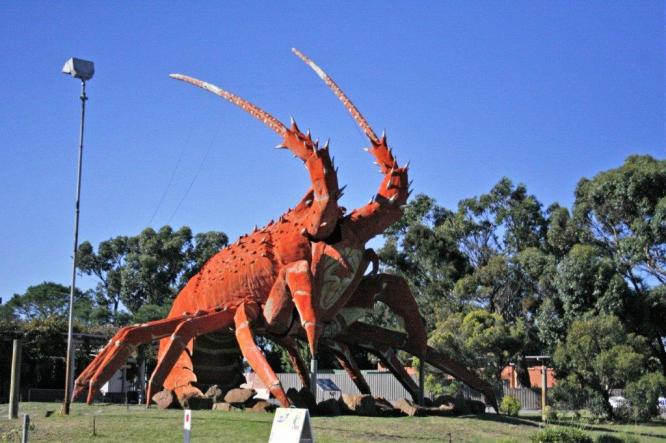 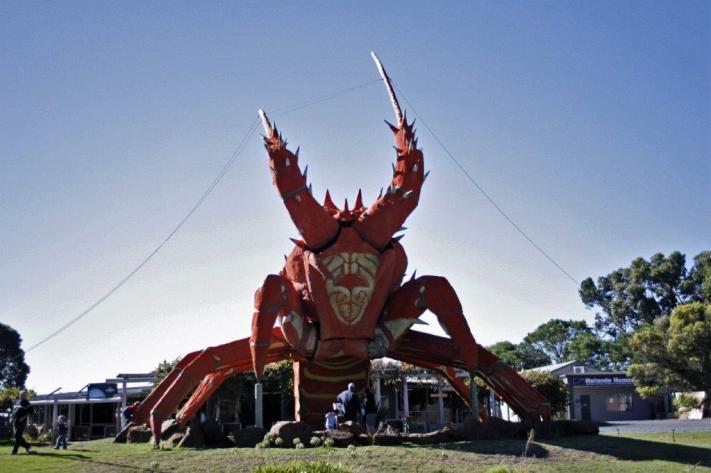 The Coorong National Park is a narrow strip of land 42 miles long that runs parallel to the coast a short distance offshore.  We wanted to see the sand dunes but were unable to find an open view of them.  We did see kangaroos in the wild though. 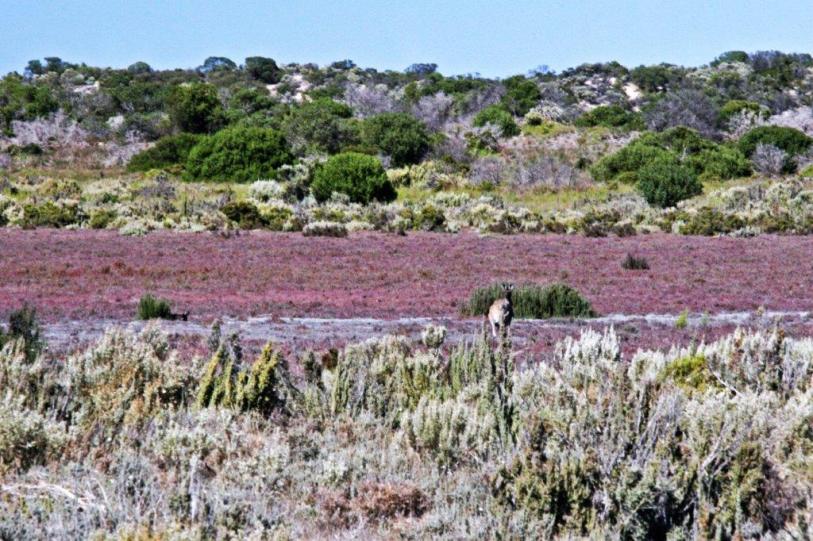 At Salt Creek we walked the interpretive trail to the Chinaman’s Well.  When the Victoria government imposed the 10 pound per head levy on Chinese as they got of the ships to go to the Ballarat Gold fields, the Chinese, in order to avoid the tax, disembarked in the state of South Australia instead.  This meant they had a 200 mile overland walk to get to the gold.  Over 16,500 men made the trip.  Along the way, obviously, they needed water, and to find food.  They dug wells (seven we were told) and hand-cut limestone blocks to line the wells and cover them.  Others planted and cared for gardens to supply food for the would-be miners passing through. 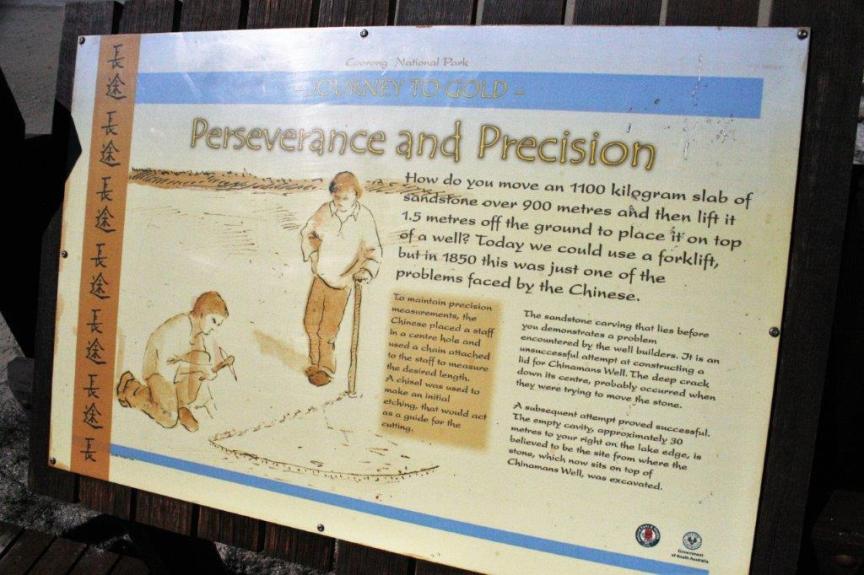 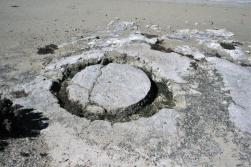 This lid cracked so was abandoned. 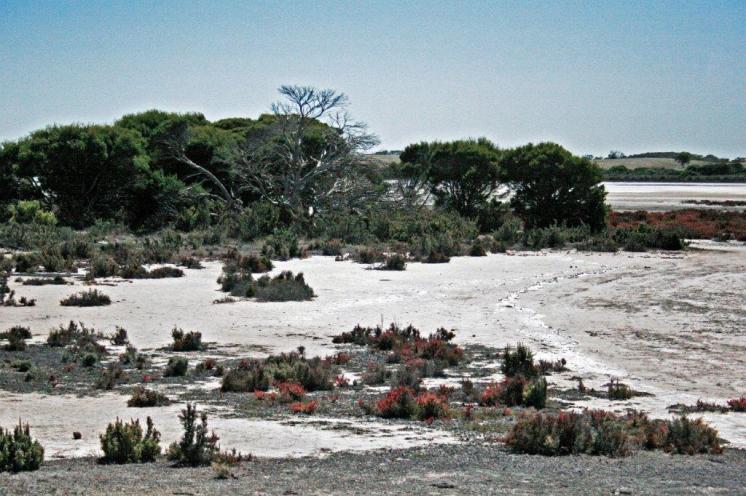 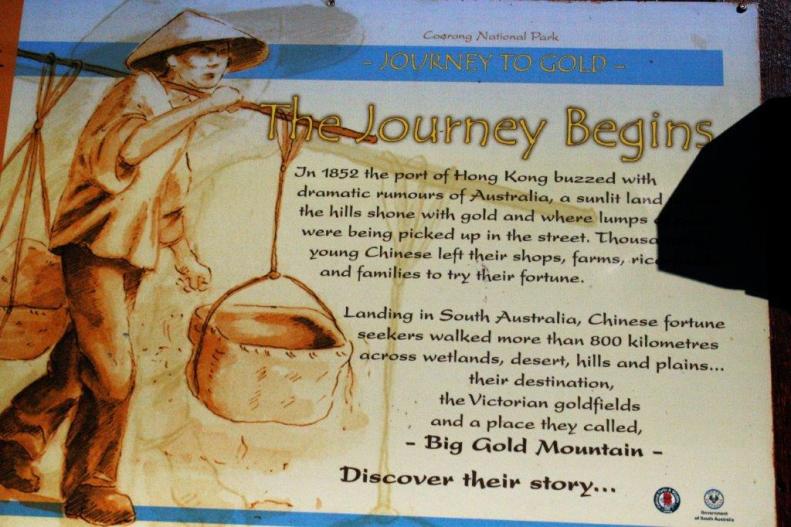 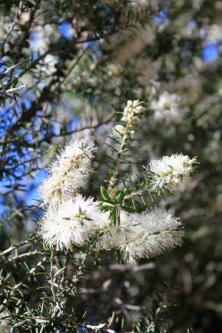 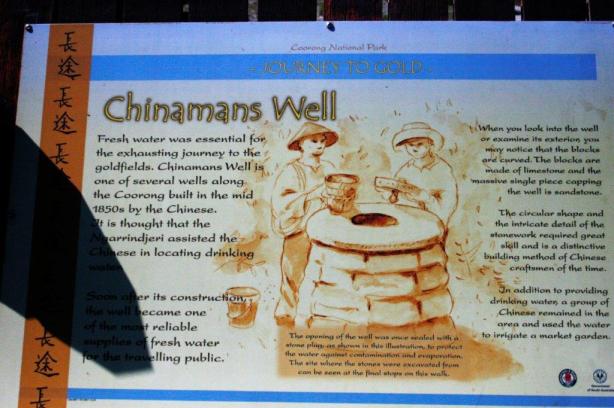 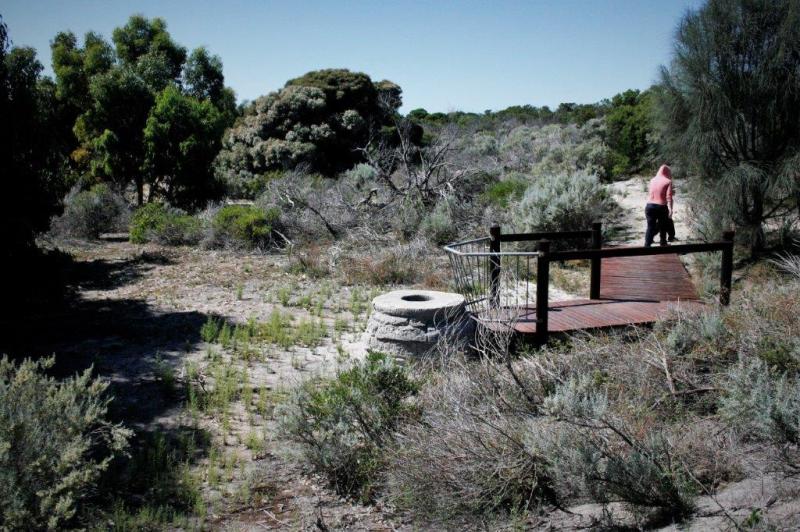 The lid was missing, but there was still water in the well. 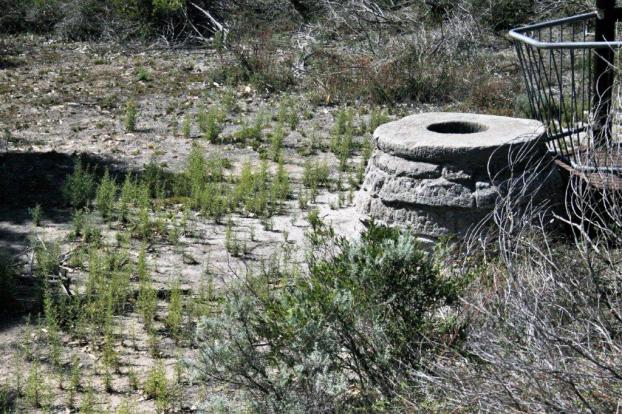 We also turned off at Policeman’s Point to walk out to the Australian Pelican nesting area.  They were not nesting then – wrong season – but there were still lots of pelicans across the bay. 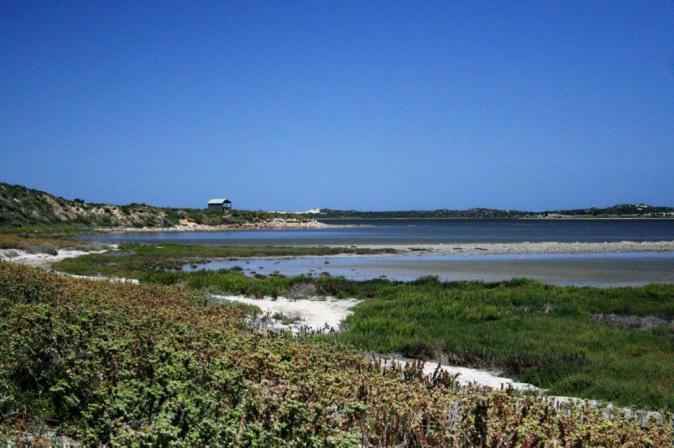 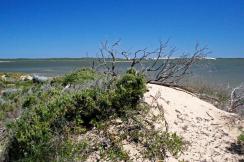 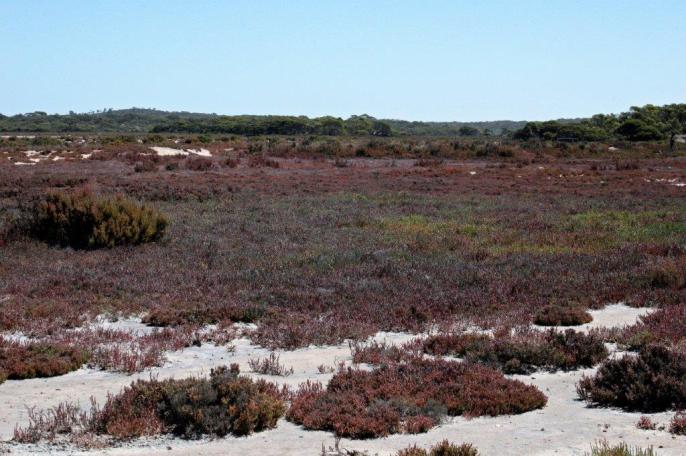 Tailem Bend, where we re-joined the main highway from Melbourne to Adelaide, was also a stop at an historic town comprised of buildings saved from demolition and moved to the site or replicated onsite.  There were 105 buildings but the plan had obviously gotten away from the owners as every building was full of very dusty stuff, and duplicate examples of items.  We saw seven printing presses inside one building and an eighth sitting on the sidewalk, so it wasn’t really a good representation of a printing shop.  It would need a lot of work to sort and clean.  Interesting, but we have certainly seen much better historic villages. 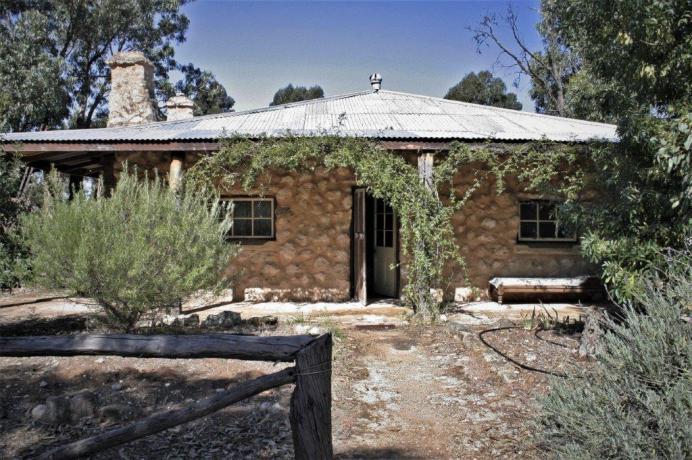 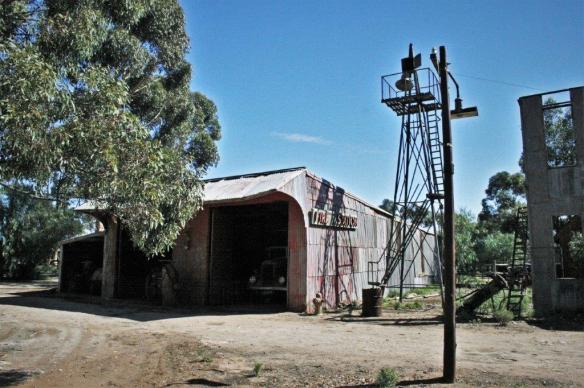 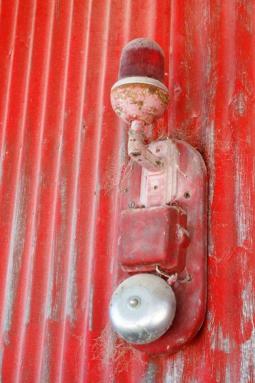 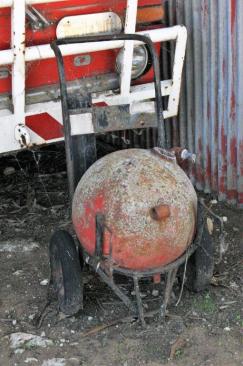 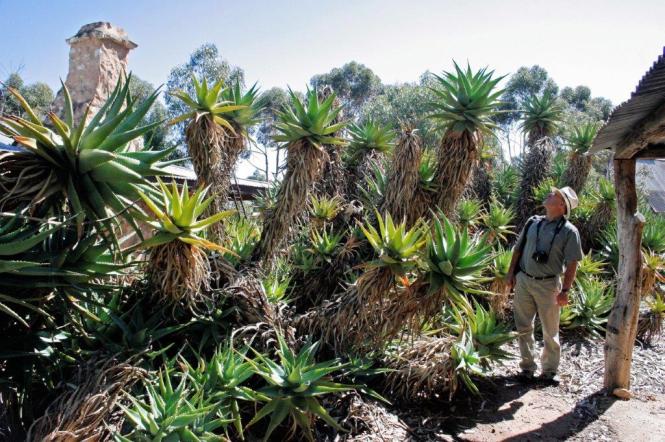 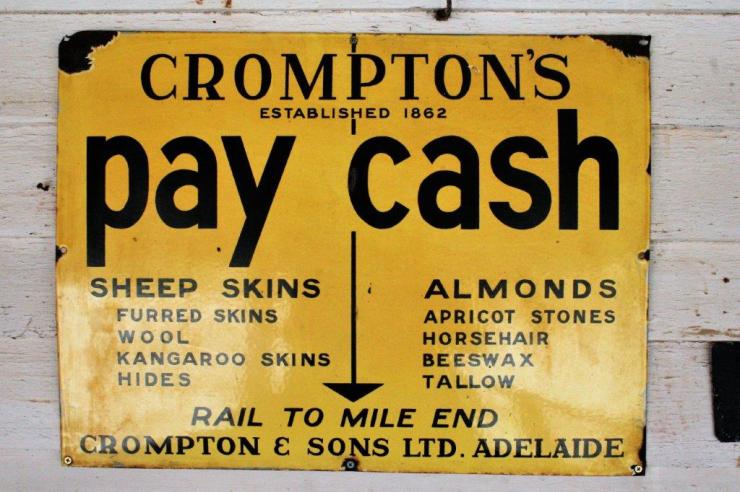 Once we left Tailem Bend we were on the freeway and it was a quick run into Adelaide.  We spent three nights and two days in Adelaide and were moderately lazy, only doing one thing each day.  But we needed to rest up for our upcoming trips into the Red Center.