Melbourne is about two hours drive from Phillip Island.  We left the cabin at 10 and spent a bit of time trying to find Rippon Lea, the Victoria Estate we wanted to tour.  The next tour began 15 minutes after we arrived so the timing was good despite our driving mis-cues. 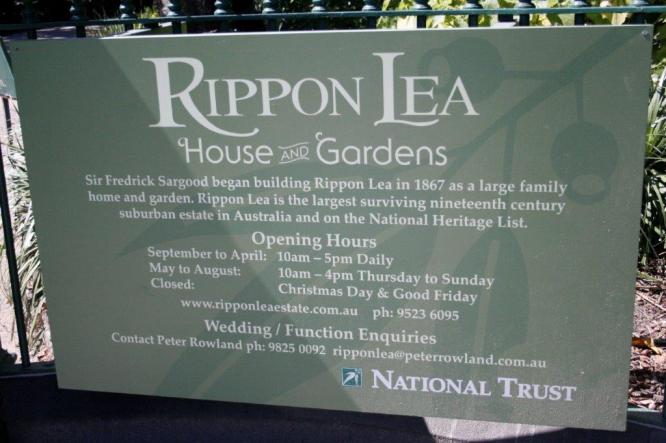 Rippon Lea Mansion was built in 1867 for Sir Frederick Sargood, a wealthy Melbourne businessman, politician and philanthropist.  The house and grounds had been extended several times during the years the Sargoods lived in it.  The family of 13 children were raised  in the house  and eventually the estate covered 45 acres (18 hectares).  After Sir Frederick died in 1903 the estate was eventually sold to a consortium that had plans to tear the house down and use the estate for a new suburb since the property was now much closer to the center of Melbourne than was the case when the Sargoods had purchased it.  They sold several parcels including the paddocks and the 2 acre vegetable garden but one of the major stockholders of the consortium died before the final plans could be undertaken.  In 1910 the house and grounds were the bought by the owners of a  local furniture business.  They made many changes to turn the house into a 1930s Hollywood style; painting the wallpaper and columns white, among other things.  The daughter of the couple inherited it and made arrangements for the house and remaining land to be turned over to the Australia National Trust on her death.

Our tour guide was a lovely Irish girl and she took us through all the main rooms of the house. 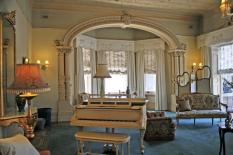 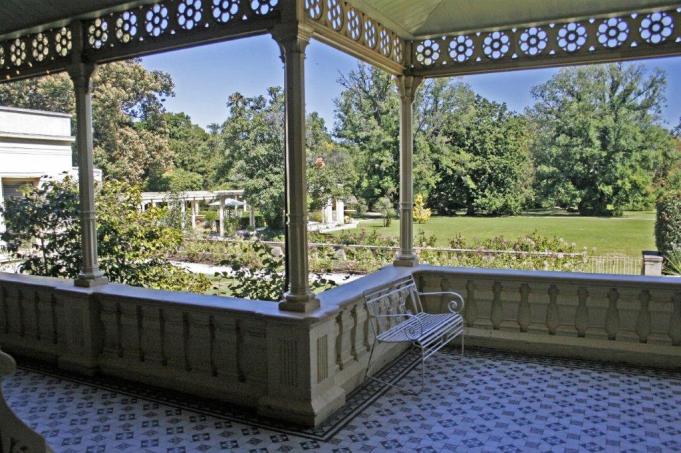 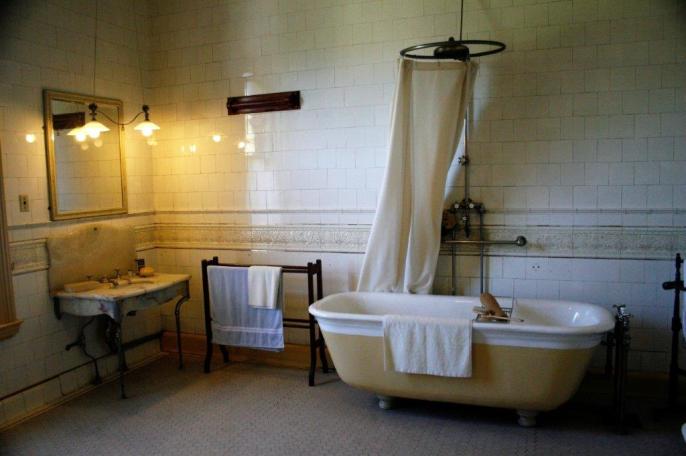 The mansion was one of the first in Australia to be lit by electricity, produced by its own generators.  Sir Frederick employed a full-time electrician to maintain the system and fixtures.

After the house tour we were free to wander the 14-acres of grounds.  We saw the fruit orchard, fernery, the man-made lake that made the estate self-sufficient for water as it was a catchment for stormwater run-off, the windmill, the lookout over the lake with a waterfall, the lawn grass maze, and swimming pool.  The grounds were beautiful.

There was a lovely dahlia garden.  My daddy really liked dahlias and always grew them in his garden so I was familiary with many of the blossoms. 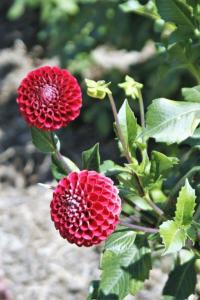 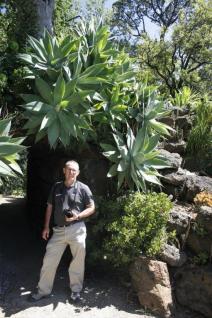 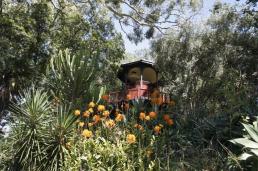 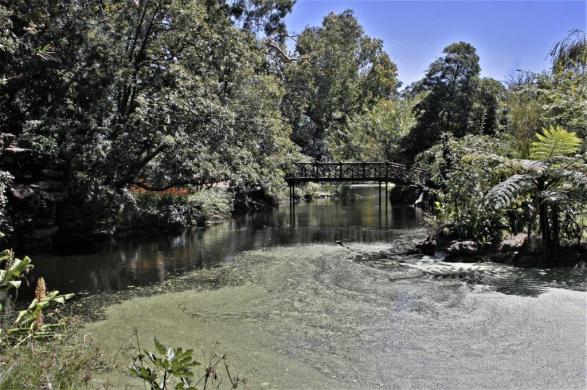 It was just after three o’clock when we left the mansion and headed for Albert Park – the must-see Melbourne sight for John.  Albert Park is home to the Australian Grand Prix Formula 1 race.  They were actually setting up for the race when we were there.  When we drove into the park John kept commenting that we were going the wrong way to the race circuit.  He was in luck however when we reached a barricade where the racecourse team was working and told us we had to turn around.  Now John was really stoked!  He was driving the F1 circuit and going in the correct direction! We were able to drive almost the entire course – the back portion of the track, the pit straight and four or five more corners – and I had to be sure to take lots of photos of the grandstands and advertising banners as John drove by.  He was one happy guy! 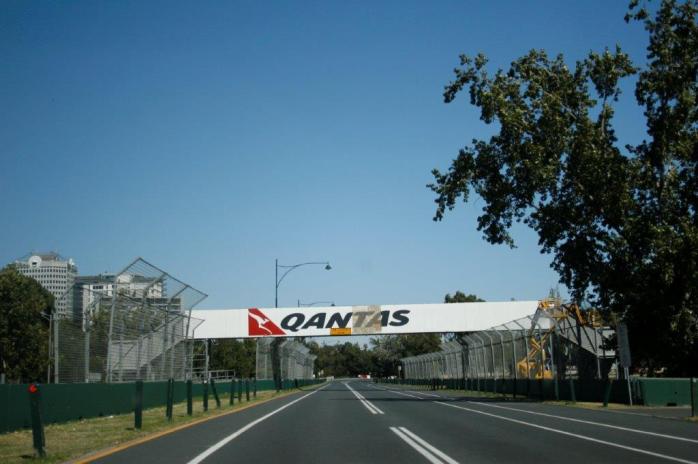 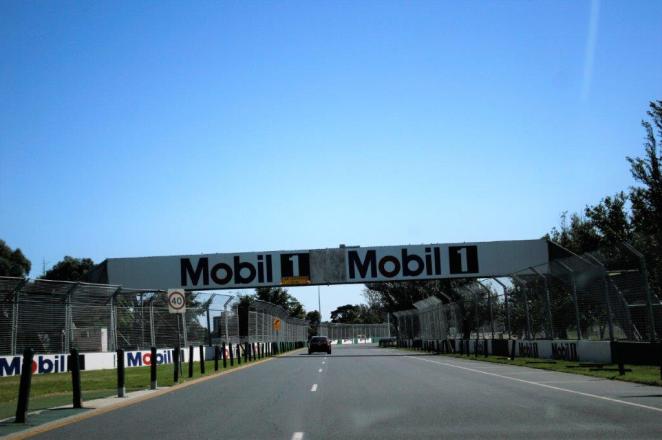 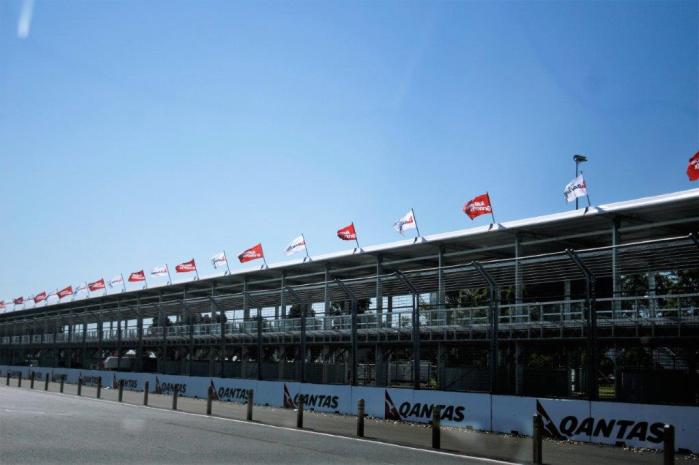 We had planned to just check out Rippon Lea and Albert Park that day and go back into the Melbourne proper another day but it was still early, it was a nice day and we were very close to the main part of the city. We decided to go into town and see what we could see.  Neither of us are really big on cities.  They are all big buildings, busy traffic and rushing people.  If it weren’t for museums I probably would avoid cities all together.

We parked the car in the first carpark we found and headed out on foot up Flinders Street (one of the main streets of Melbourne – pronounced melbun, by the way) as far as Swanston Street.  We went up Swanston as far as La Trobe.  Unfortunately we were too late to tour the Old Goal but we saw St. Paul’s Anglican Church, St. Francis Catholic Church, the Town Hall,  Regent’s Theater, the Library and the Post Office.  By then we had had enough city so we went back to the car and headed out of town. 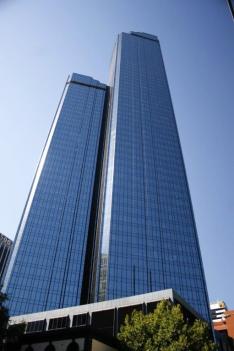 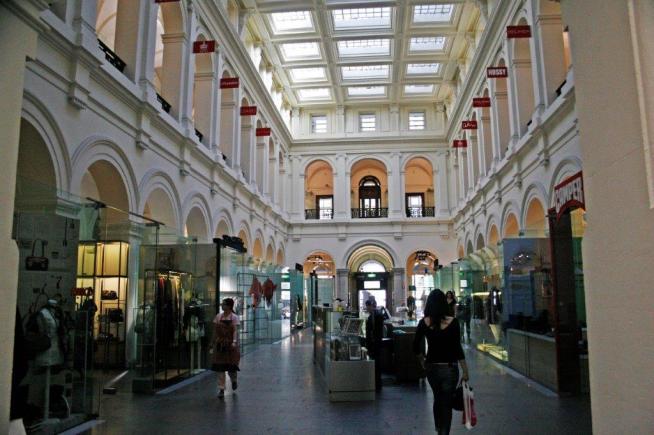 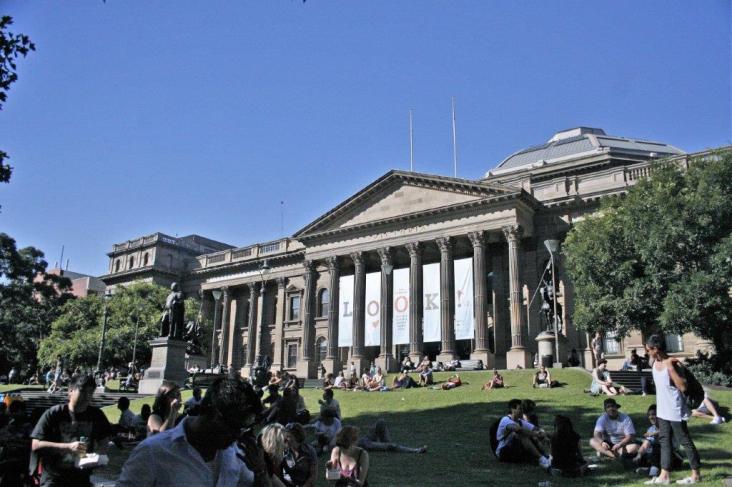 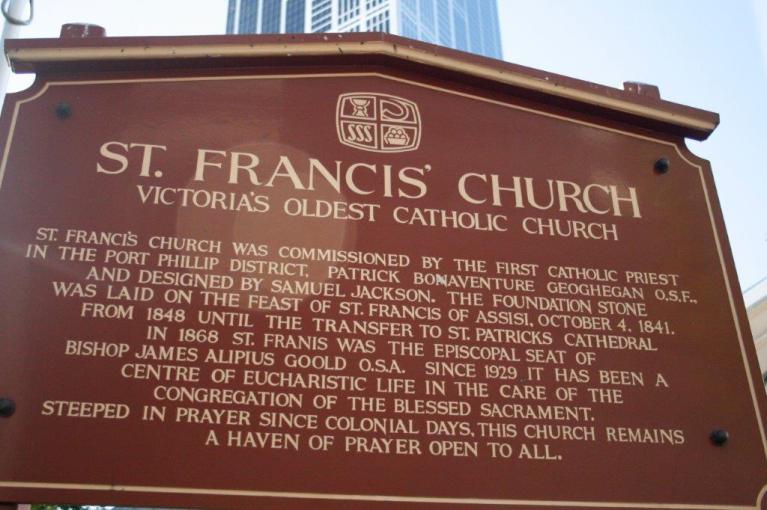 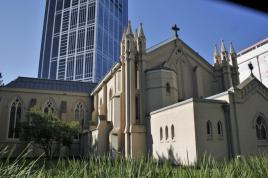 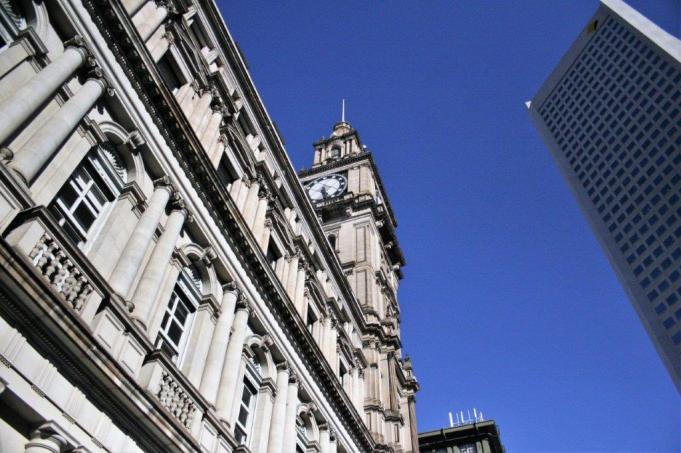 Melbourne is an interesting mix of the old and the new.  It is a very clean city and has some beautiful architecture.

Rush hour traffic made the first 15 or so miles very slow but once we got to the outskirts of the city it was a nice easy drive back to Phillip Island.  We arrived ‘home’ at 8:30 and had a late dinner before bed beckoned.  It had been a beautiful, warm, sunny day and we were glad we had gone into Melbourne.  I am sure there were many wondrous things we could have seen, but I am a country girl and I like quiet roads and small towns.