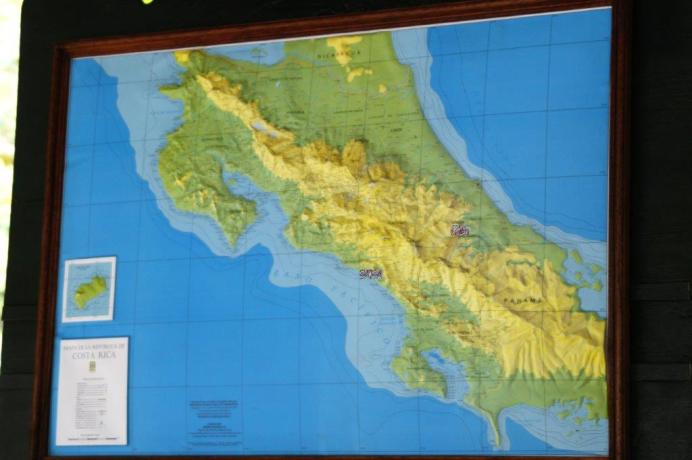 It is a bit hard to see but I have added a multi-colour square below  the two places on the map to show you where they are located.

It was a two-hour bus ride to the Rainforest Aerial Tram which takes you on a 70-minute excursion through the canopy of the rain forest. The tramway runs through a private reserve that borders the Braulio Carrillo National Park.  This contributes to the protection of one of the richest canopy communities in the world.

The lower, outbound leg of the tram ride goes over hilltops and the subcanopy.  The return leg is a journey through and above the high rainforest canopy about 120′ up.

On the bus ride we passed many banana and pineapple farms, saw some three-toed sloths, vultures, a toucan and a poison dart frog.

Only one bunch of bananas grows per year as it takes 9 months for the fruit to mature.   After four years – so four bunches – the tree is cut down and a new one is planted.  The blue plastic bags are placed around each bunch of bananas to help them mature and to protect them from pests and animals. 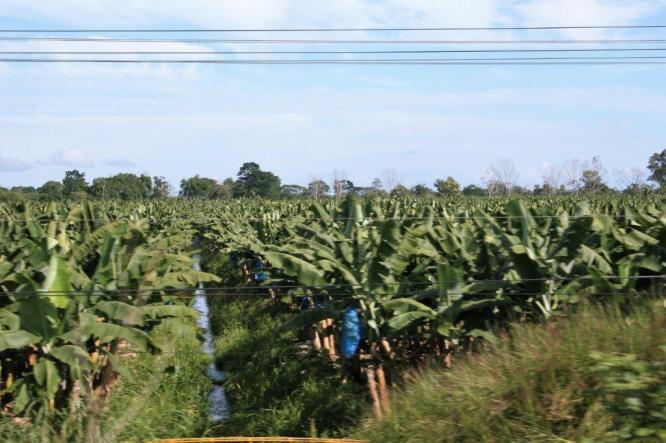 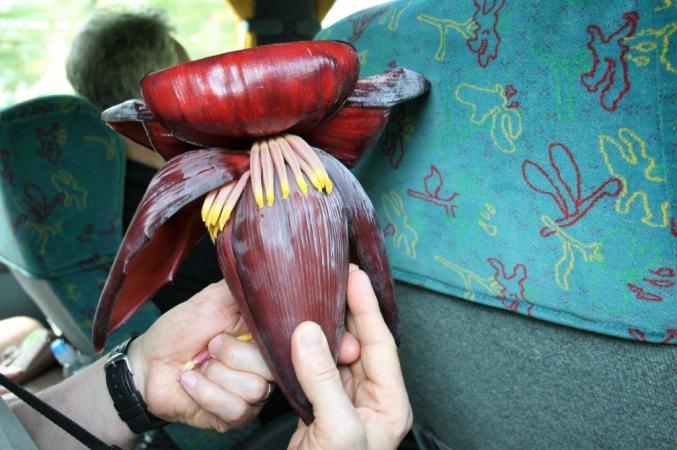 The blossom of a banana tree is huge.

Our guide, Jason, told us that a farmer can make double the money growing pineapple which bear fruits twice in the one year before being replanted.

On the walk to the tramway we passed some very tiny mushrooms, lots of twisty branches, and busy leaf-cutter ants that make roadways with edges that run long distances between the nest and the trees they are working on.  Fascinating creatures. 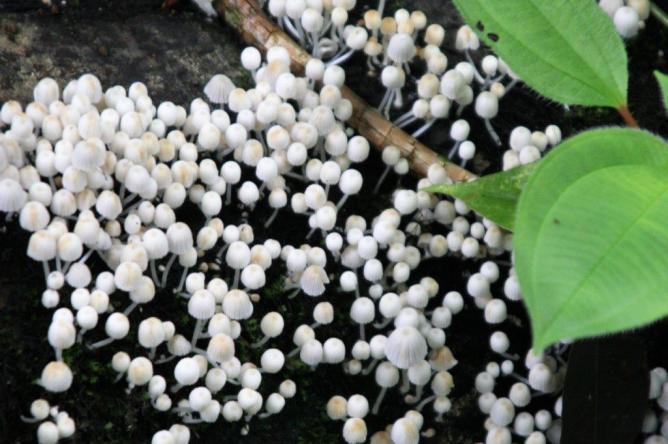 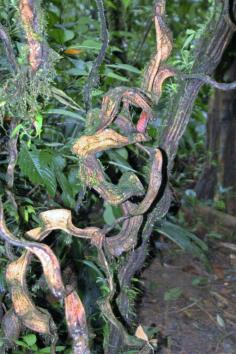 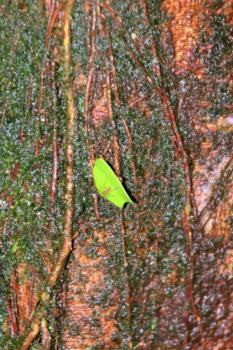 Not a lot of wildlife to see on the actual tram ride as most of the animals are nocturnal and most of the birds are out feeding and only return at sunset.  Still, it was an interesting experience to see the lushness of a rainforest from above. 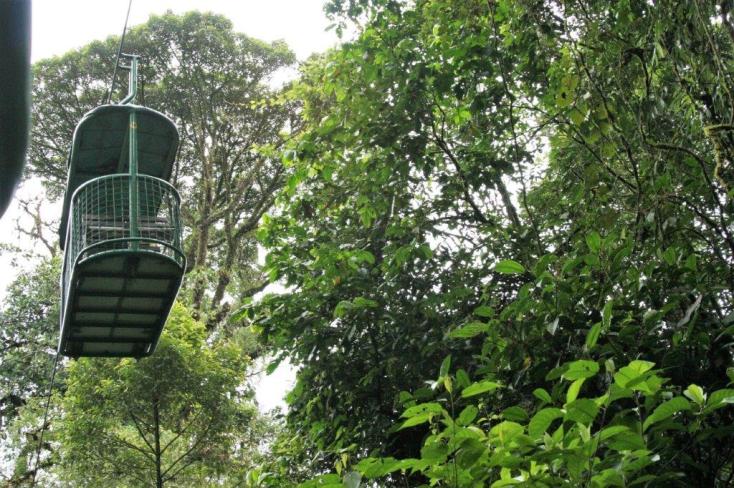 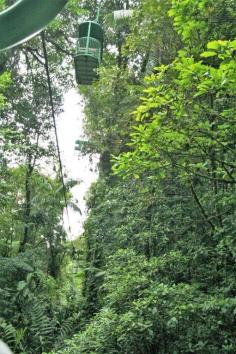 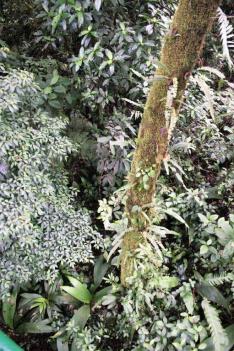 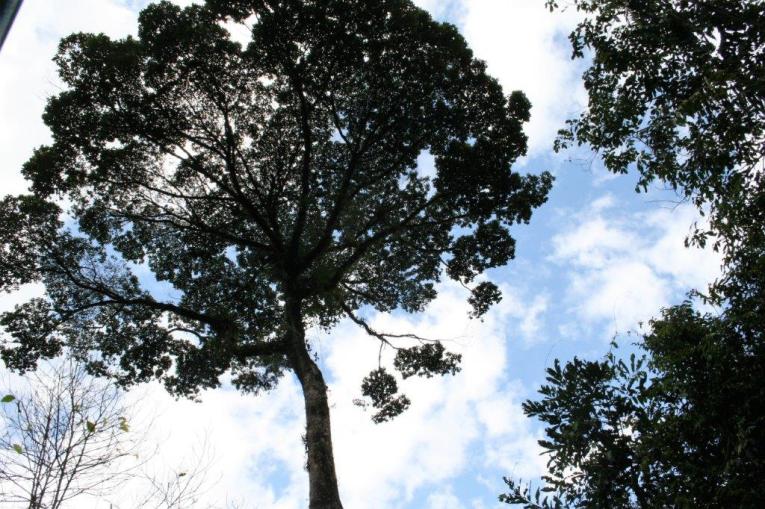 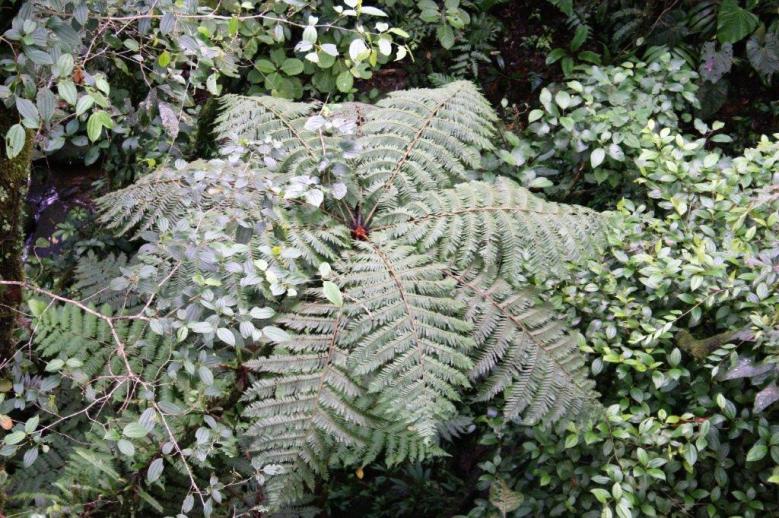 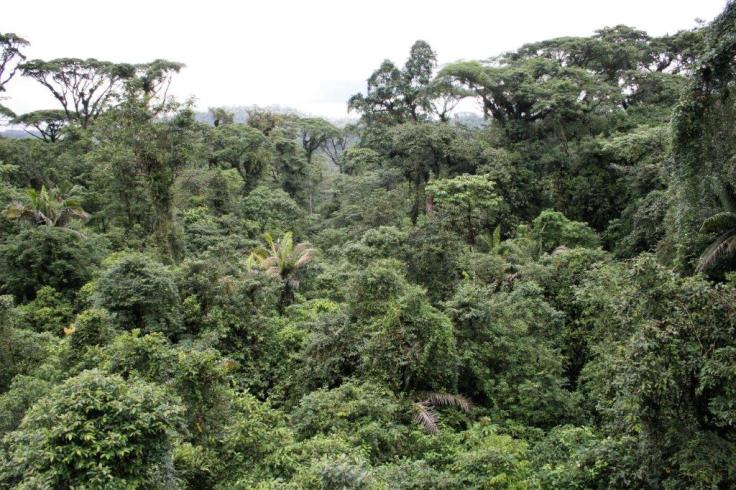 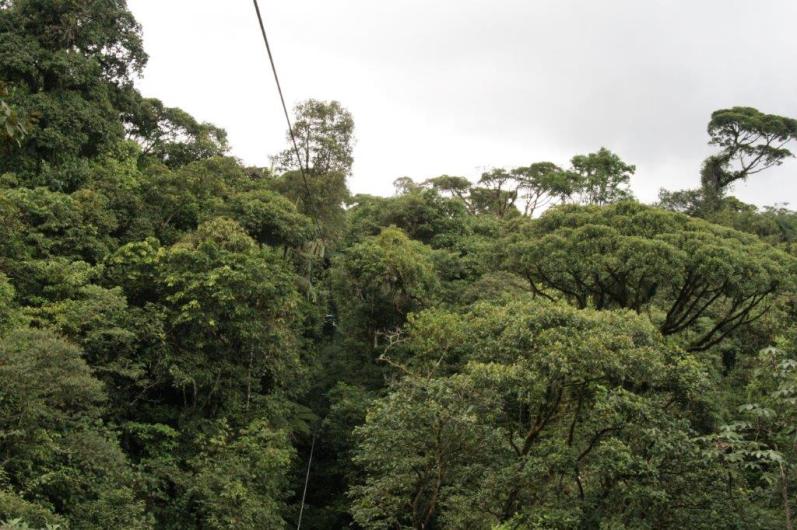 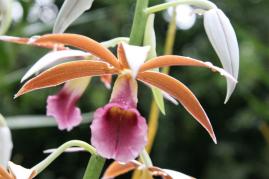 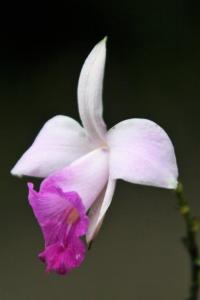 We always like taking tours that get us out of the cities and into the countryside and that introduce us to nature or history in the place.  Much more interesting and enjoyable than shopping and driving around cities. 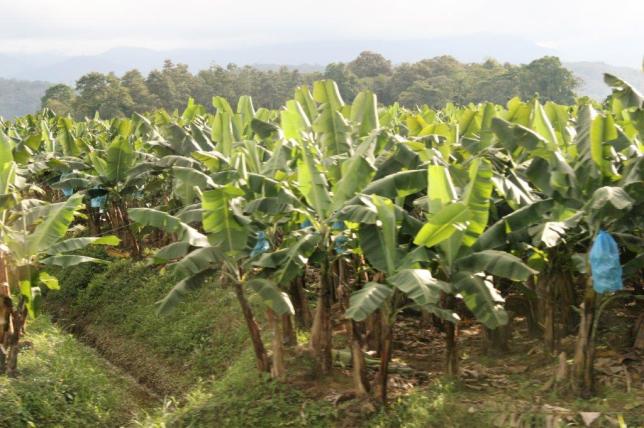 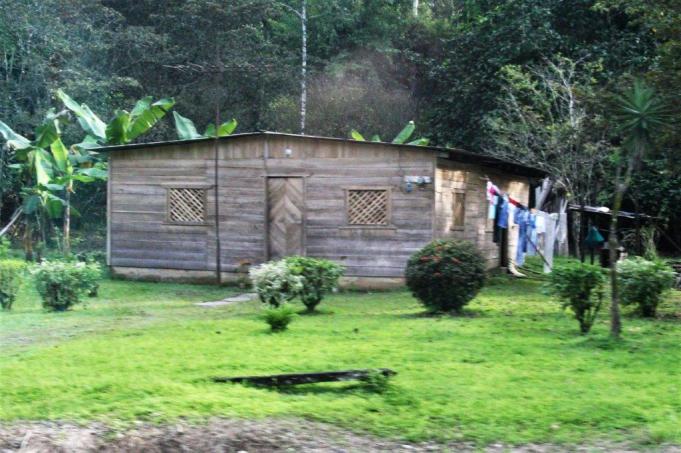 We returned to the ship a little before four pm and the captain set sail at 5.  The next day we made our second Panama Canal crossing in very different conditions than when we first made the trip in 2009.