It was a normal sea day between Devil’s Island and Trinidad.  We slept until 8am, breakfasted at the Lido Restaurant buffet, read on our verandah, walked 14 laps (3 1/2 miles) around the Promenade Deck, and, about two o’clock we had an ice cream cone and a cookie for lunch.  I went to afternoon Team Trivia while John read his book some more, we visited with some folks we had come to know, dressed for dinner, and went to the show or watched a movie after dinner before going to bed.

We docked at Port of Spain, Trinidad at 8 am under cloudy skies that turned to rain later in the day.  Port of Spain is the capital of Trinidad and Tobago.  It is one of the major shipping hubs in the Caribbean, exporting agricultural products and asphalt, along with buaxite from the Guiana and iron ore from Venezula.

There were not a lot of tour options available.  We chose to do the Port of Spain City and Cultural Show tour.  Basically it was a drive around the city with a stop at the botanical garden before stopping at a venue to see performances of Flamingo Limbo, Calypso and Steel Band, Indian dance and other musical offerings.  It was a good show. 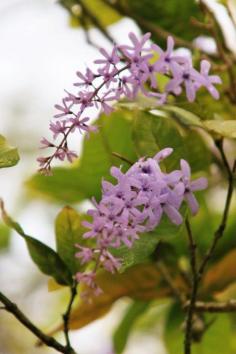 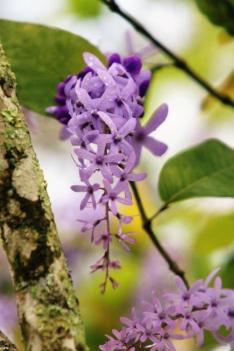 The Queen’s Park Savannah is Port of Spains largest open space, 260 acres of former sugar land that the town council purchased in 1817.  In 1818 the Botanical Garden was begun just north of the Savannah and is considered one of the oldest botanic gardens in the world.  There are over 700 trees in the garden that have been collected from all over the world.  Only 13% of the plants are indigenuos to Trinidad. 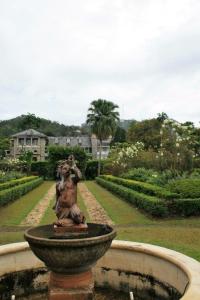 After we toured the botanic garden we were driven to a spot on the hill overlooking the city.  Port of Spain municipal area has a population of about 38,000.  The city’s urban population was estimated to be about 128,000 with 250,000 people coming in daily for work and shopping. 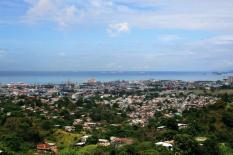 We were in port from 8 am to 6 pm and then set sail for Barbados.  Trinidad was not a terrifically exciting port of call.  I suspect we would enjoy the island a lot more if we flew down there someday and stayed for a week or so.  It is lovely tropical island.  We just didn’t see a lot of the things it had to offer that day.