We left the coast of Africa and sailed west for two days to St. Helena.  It was a formal night the first night out and to honour the diamond  mining of southern Africa, the theme was the Pink Panther – the famous diamond not the movie.  Everyone was asked to wear a touch of pink. 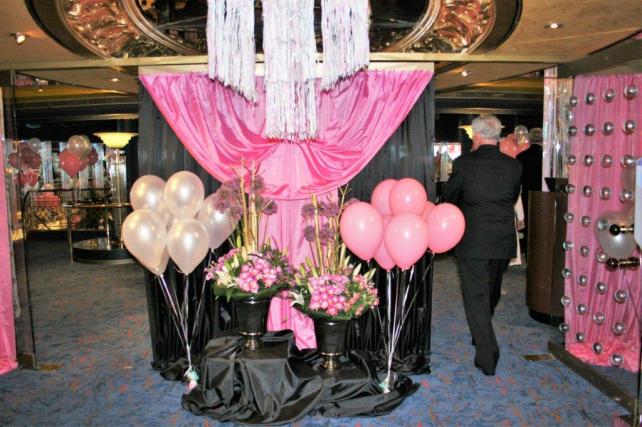 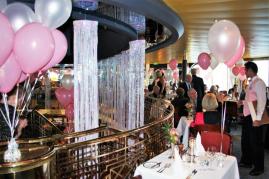 St. Helena is one of the most isolated places in the world, located more than 2000 km (122 miles) from the nearest major landmass.  There is no airport so the only access is by ship.  The island has a population of about 6,000 – mostly expatriate British – and is a British Overseas Territory; which is heavily subsidized by Britain.  Our guide said 70% of the population work for the government to support the other 30%.  The entire island is 122 sq km (47 sq miles) and potatoes and flax are the chief agricultural products.  Fishing is another main occupation but, obviously, tourism is not a major economic factor due to the remote location.

The capital is Jamestown, situated down a long narrow valley between two steep volcanic cliffs.  There are only two roads out of Jamestown, one narrow, steep, multi-switchback road on each side. 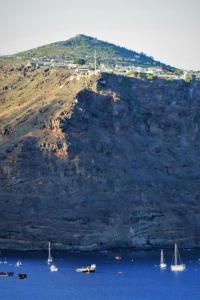 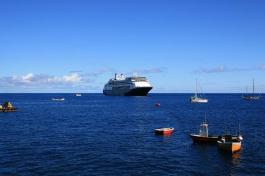 The various tours available on the island used every taxi and mini-bus available.  There were no formal guides; the drivers took us to the various spots and let us off to look around. Several spots had locals who would answer questions or explain some history.

St. Helena is most renowned as the ‘prison’ island Napoleon Bonaparte was exiled to after the Battle of Waterloo in 1815.  He spent the rest of his life there and died in 1821.  There is still controversy about his cause of death.  Some say he was slowly poisoned with arsenic others say he died of cancer.

We stopped half-way up the cliff to enjoy the view before being driven to Napoleon’s Tomb.

The walk to Napoleon’s tomb was about 1/2 mile.  He chose the spot himself and it was a lovely secluded glen.  His body was exhumed in 1840 and reburied near the Seine River in Paris. 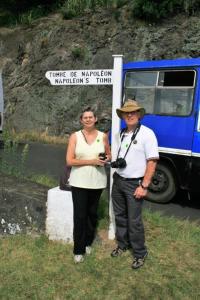 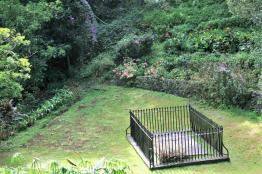 Longwood, the very nice nine-room house Napoleon lived in was a converted barn.  The house had a library and a billiard room which included the original cues used by Napoleon.  The surrounding gardens were filled with flowers.  Bonaparte was not in a cell.  He could travel anywhere on the island he chose; even have visitors.  He had staff to care for his needs, the house and gardens.  He just could not leave the island. 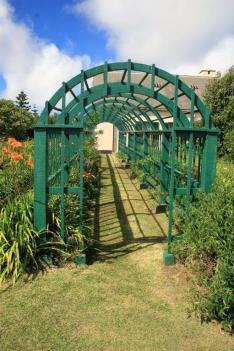 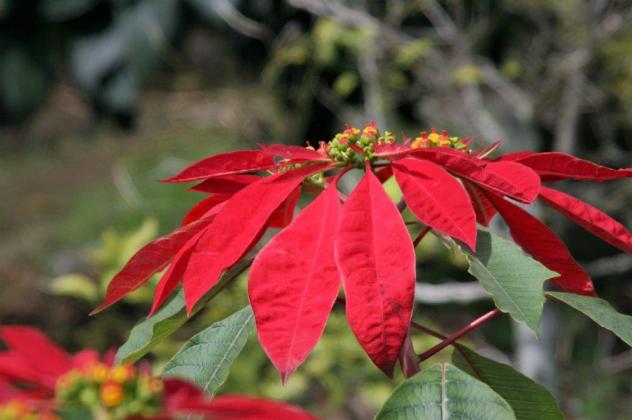 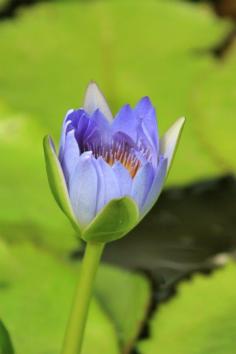 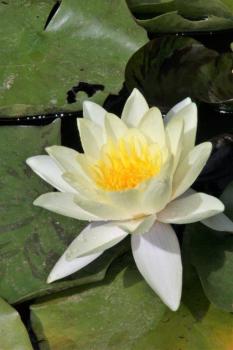 A gorgeous viewpoint called Sandy Bay overlooking a valley was our next stop on the way to Plantation House the home of the island’s Governor. 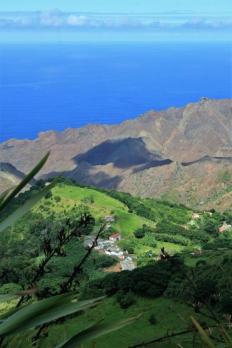 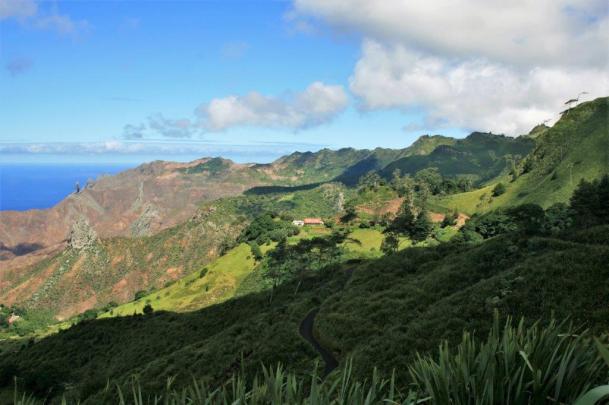 At Plantation House we got to meet Jonathon, a Giant Tortoise that was brought to the island in the early 1880s, which makes him about 150 years old.  There were five tortoise ‘roaming’ the grounds.  David is about 100 and the smallest, Myrtle was only 50.   Jonathon was busy eating and couldn’t really be bothered with us but David and Myrtle loved to be petted and scratched and would stretch out their necks to encourage us to find a good spot.  Emma and another female were in the far corner of the spacious lawn so we didn’t get to meet them. 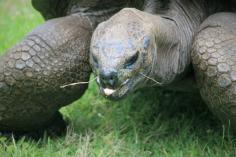 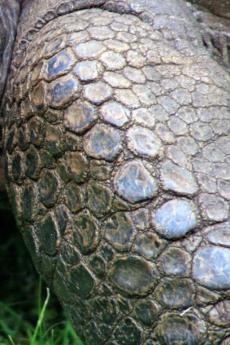 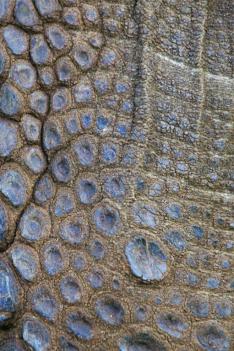 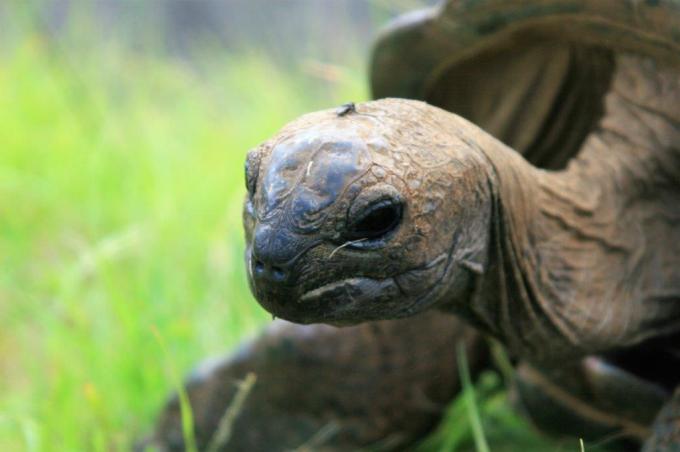 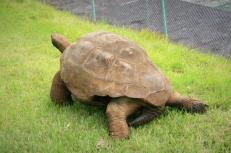 Our last stop was the top of the cliff above Jamestown where we were treated to a gorgeous view of the Jamestown in the valley and our ship anchored off shore. 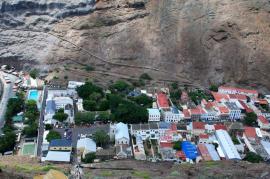 From here we had a decision to make: we could ride the taxi down the road to the town or we could descend the 699 steps of Jacobs Ladder.  Jacobs Ladder was built in 1829 and is Jamestown’s signature landmark.  It was a supply route to get goods up to the soldiers and residents living on the clifftop without having to use the long, narrow roads.  Orignally it was a inclined plane funicular tram pulled by donkeys but it was converted to the stairway by the Royal Engineers in 1871.  There were an even 700 steps until the bottom one was covered by asphalt when they paved the street.   The Ladder rises 924 feet with an 11″ average rise of steps.  You are 602 feet above sea level at the top.  Obviously, we chose to go down Jacob’s Ladder. 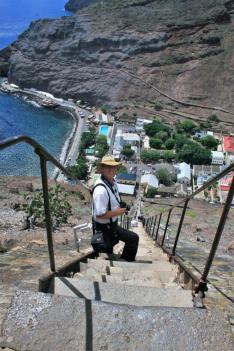 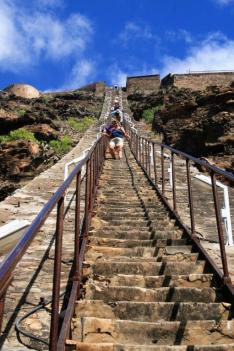 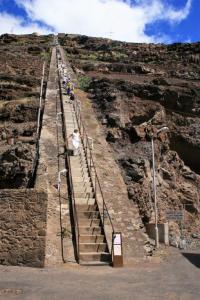 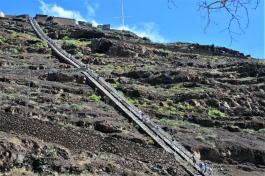 John’s legs were wobbling by the time we got to the bottom but we decided to walk up the street and see a bit of Jamestown before we took the tender back to the ship. 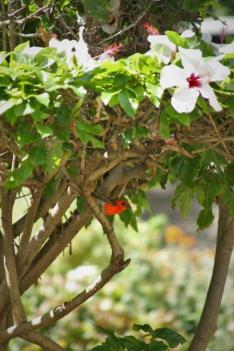 The last tender left the dock at 4.  At 2:30 we were heading back through town.  I, being somewhat OCD, did not like the idea of only going DOWN the Jacob’s Ladder.  To officially climb it, I felt, you needed to go UP and DOWN.  John had no intention of going up 699 steps so I set off on my own.  Another lady from the ship was wanting to climb as well so we went together and counted off 20 steps, rested, did 20 more, rested; all the way to the top.  She had one bottle of water which she drank quite quickly.  I had none.  At the top I was told there was a store around the corner where I could get water so I went to find some.  It was around the corner all right, and up a hill!  As if I needed that.  But I needed water.

Now there was that choice again:  take a taxi or descend the ladder back to town.  My companion opted for the taxi.  I opted to do the stairs AGAIN.  That made a total of 2097 steps on Jacob’s Ladder in the day.  In the Heritage Building at the bottom they print a certificate for you to prove you climbed all the steps.  I didn’t tell them I went down, up and down.

We never use the elevators on the ship.  We climb the stairs between decks.  Let’s just say the stairs were hard to do for the next couple of days.

We both really liked St. Helena and, if it wasn’t such a remote and difficult to get to place, we would be happy to return there.