We left Modesto at ll:00.  We only had about a one hour drive to get to our friend’s house and we were not scheduled to arrive until 4.  John had checked out the geocache map and located a series of caches along back roads in the direction of Mel & Kelley’s place.  We didn’t have a lot of luck with them, many were either too hard for us to find or were MIA, but we did locate eight.  The only photos I took were for distraction to all the motorists going by while John searched around the trees for the caches. 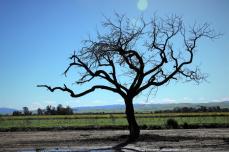 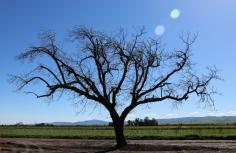 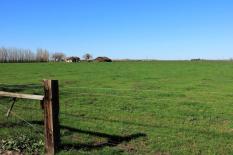 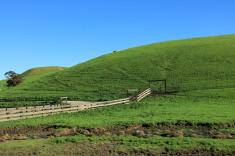 We arrived at Mel and Kelley’s a few minutes after 4 as planned.  They live in Discovery Bay, northeast of San Francisco.  It is a gated marine/golf community.  We met Mel and Kelley on the World Cruise in 2009 and we saw them again in 2011 when were were on the first leg of the World Cruise to Sydney, AUS and they were going as far as Singapore.  They stopped at our house a couple of years later and stayed overnight on their way through to Winnipeg to go on a tour to Churchill, Manitoba to see the polar bears.  We only share Christmas cards in between but when we were planning our tentative route home from Escondido I realized we would be going quite near their place so we got in touch and arranged to stay a couple of nights.  It was great to see them again.

Mel is the cook in the house and he made us great steaks for supper.  Kelley asked what we would like to do the next day.  She said she and Mel had made a short list of options for us to select from:  1) a trip to the Disney Family Museum at Presidio National Park in San Francisco near the Golden Gate Bridge.  “Yes,” I said, “We want to do that.”  I didn’t even need to hear any of the other options.  I found out later they were wine tasting or go to the redwoods.  Didn’t care.  Wanted to go to the museum.

Their house is on the golf course part of Discovery Bay and Mel walks out on the course every morning and does a few holes before coming back for breakfast and going off to work.

This is Mel’s bright purple golf cart with an actual Aston Martin insignia that Kelley ordered from England for his birthday so his cart ‘matched’ his gorgeous maroon Aston Martin Vantage soft-top convertible. 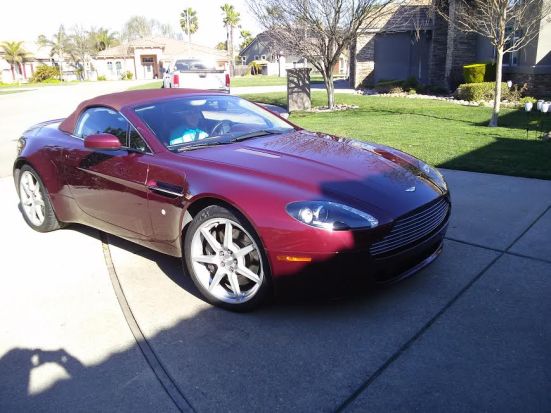 Before we left for the city Mel drove us down to the marina. They had considered buying right on the water, but opted for the golf course because Mel likes to golf more than he likes to go out in their  boat. There were hundreds of boats; some of them very large, expensive boats, stored three levels high in boat sheds and tied up at the dock.

The traffic was just ducky going across the Bay Bridge on a quiet Sunday afternoon.

We drove past many of the lovely Victorian houses on the way to the park. 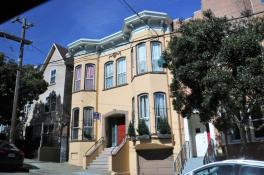 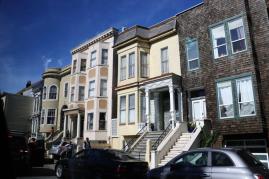 Presidio National Park is the site of a 200 year old military barracks.  Many of the buildings are now undergoing restoration.  The former officers quarters are now very expensive rental units.

The Disney Family Museum was created by Diane and Sharon Disney, Walt’s daughters.  They literally had a warehouse full of his awards, collections, memorabilia and career history.  They got a bit tired of all the stories that circulated about how Walt did this or that over the years so they bought one of the old barracks buildings at Presidio Park and turned it into a museum to display everything.

When we arrived in the parking lot Mel asked Kelley how much time he should buy on the meter and they agreed to start with three hours and add more if needed.  Well, I love museums and I love to read all the stuff on display but I thought that was a long time.  They laughed and said you will need it or more.  There are 10 galleries and lots of information and stories.

We were there for three and a half hours and didn’t begin to take it all in.  Kelley wanted to see the new Visitor’s Center (Presidio has just been made a National Park) before it closed so we hurried a bit through the last half so we would all have time to check it out.

I have included some photos of some of the most interesting placards and items.  There was so much to see and read.  We both had a great time. 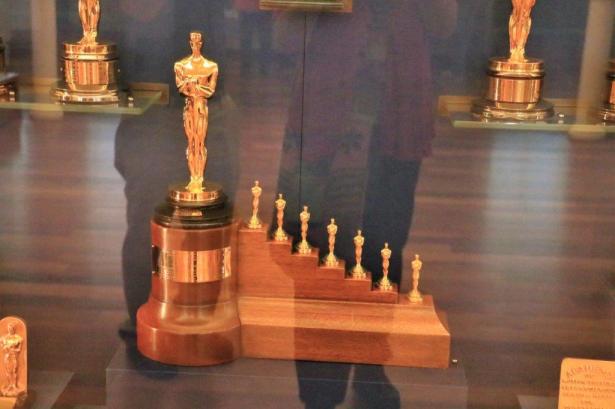 The unique Oscar Academy Award (his first) that he received for Snow White in 1937. 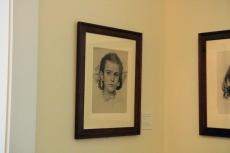 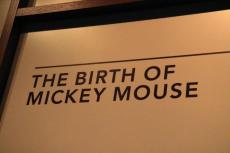 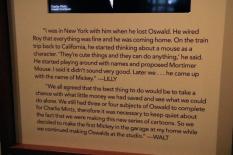 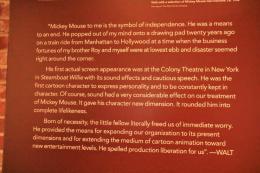 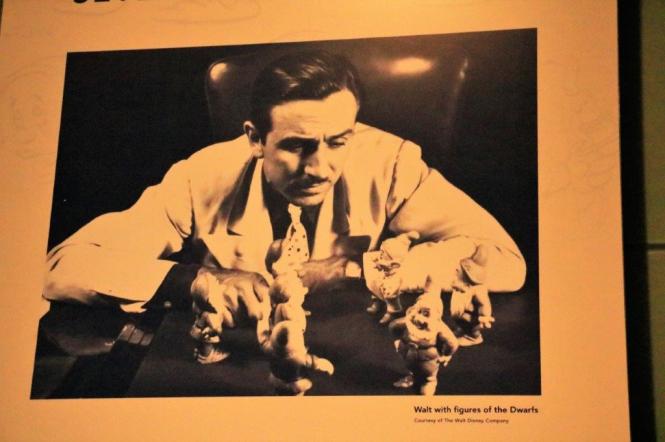 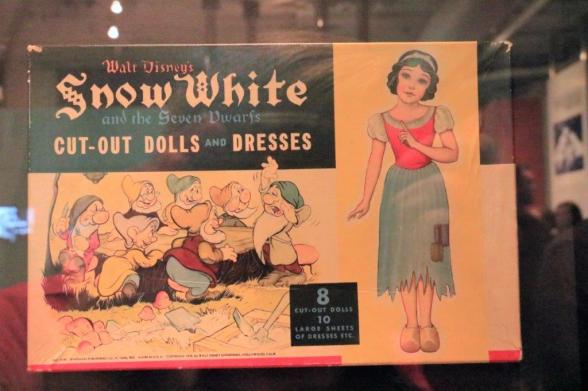 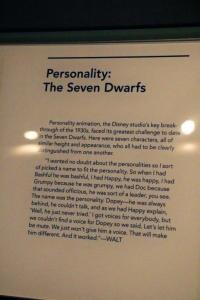 Walt loved trains and had this one specially built to run around the studio lot. There was a padded seat on the car behind the engine and several other cars so people could go for rides.

He also loved miniatures and had a large collection of many different things, not only furniture, but tools and other objects. 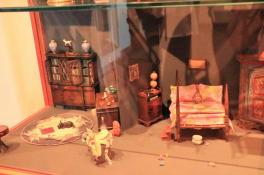 The concept drawings and model for Disneyland. 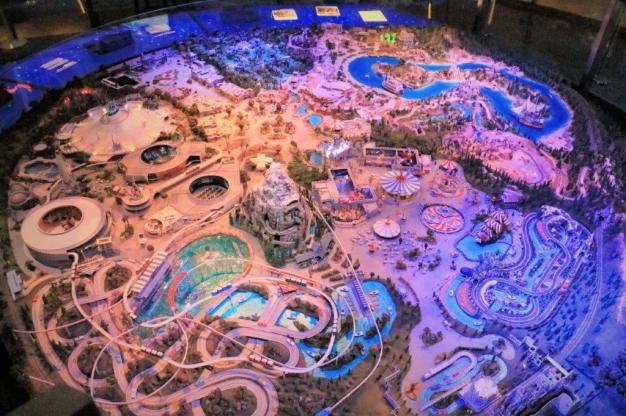 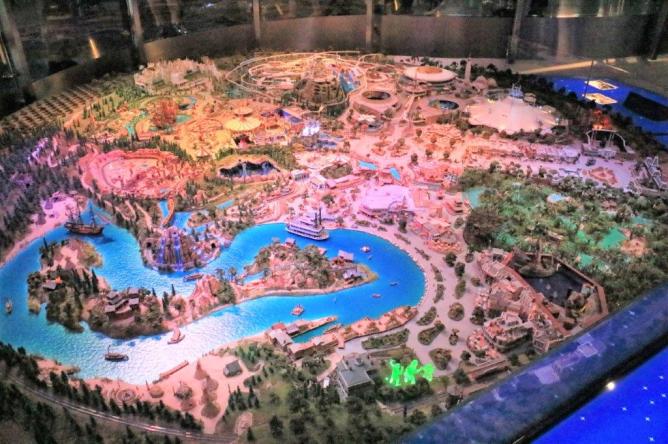 Walt Disney died at age 65 on Dec 15, 1966 from cancer and displayed on the wall were covers of magazines and newspapers from around the world announcing the news. 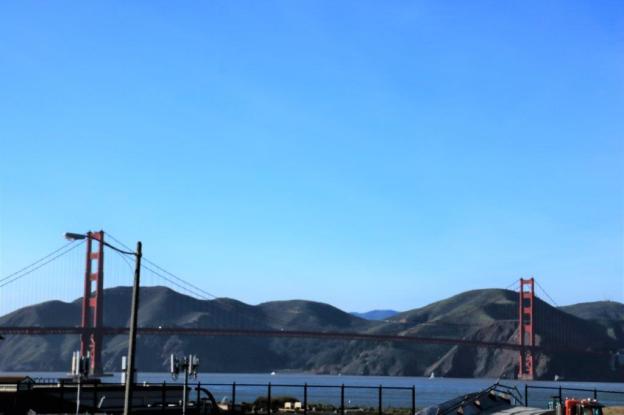 Mel drove us over to Lucas Films offices to show us the statue of Yoda from Star Wars that sits in the courtyard. 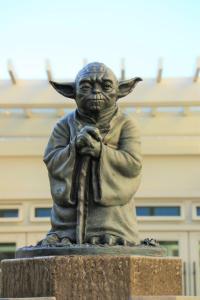 They had the costumes for a Stormtrooper and Darth Vader in the lobby but their photos didn’t turn out very well with all the glass glare.

Saturday, Feb 11 was Chinese New Year and San Francisco’s Chinatown had a big celebration with parades and street vendors.  The main street was still closed to motorists and Mel, who is Chinese, wanted to stroll around and have a look-see.  We walked for several blocks and then went to a restaurant for dinner. 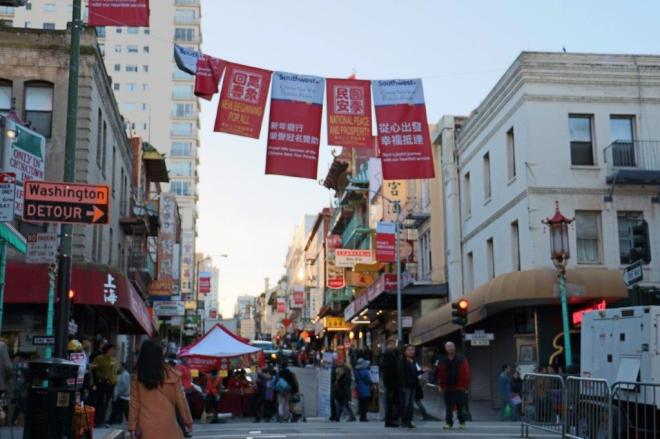 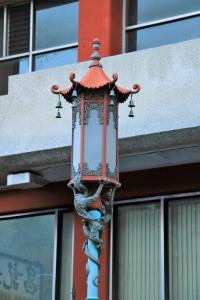 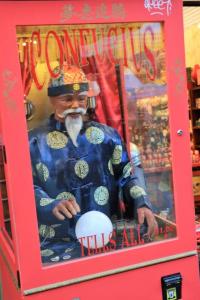 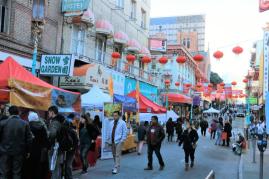 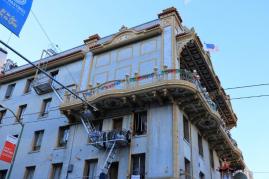 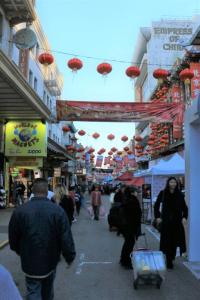 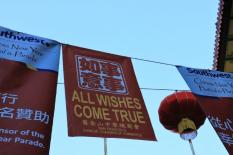 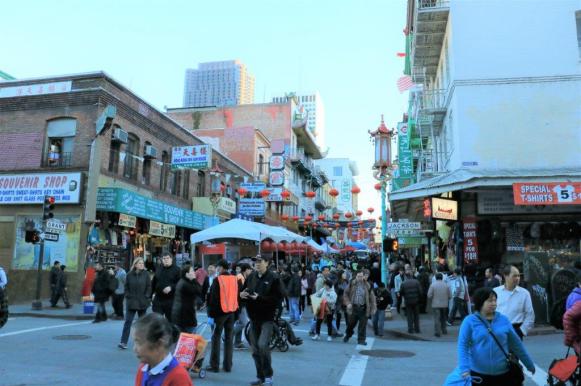 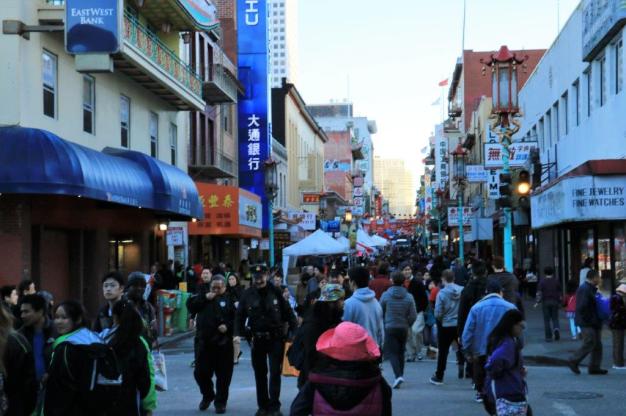 It was about 8:30 by the time we got back to their house.  We visited for another hour or so and then we all took our tired feet to bed.  What a great day.