2009 World Cruise – Our second day in Mumbai (formerly Bombay) began at 7 with an 8 am tour.  We were taken to see various places around the city.  It was just a 4 hour tour so we had the afternoon to relax and catch some rest after the long day the day before when we flew to Agra to visit the Taj Mahal and Agra Fort.

Our first stop of the day was a photo stop at the Victoria Terminus Railway Station which is now a World Heritage Site and is having restoration work done.  The station was built during Queen Victoria’s Jubilee year.  The first train left from the station in 1853 and over half a million commuters per day pass through its doors. Rail is the primary way to travel distances in India and the trains are packed to the gills.  Although it is illegal, many people still hitch rides on the roofs of the train cars. 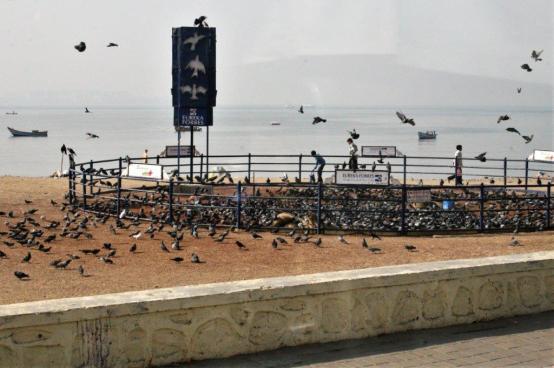 The most interesting stop of the day was to see the Dhobi Ghats – a huge outdoor commercial laundry facility.  The sink cubicle spaces are generational, meaning they get passed down from father to son.  The laundry work is a male occupation.  Often the men have a farm out in the country and sons, brothers or cousins will come into town  on a rotation to work in the laundry. 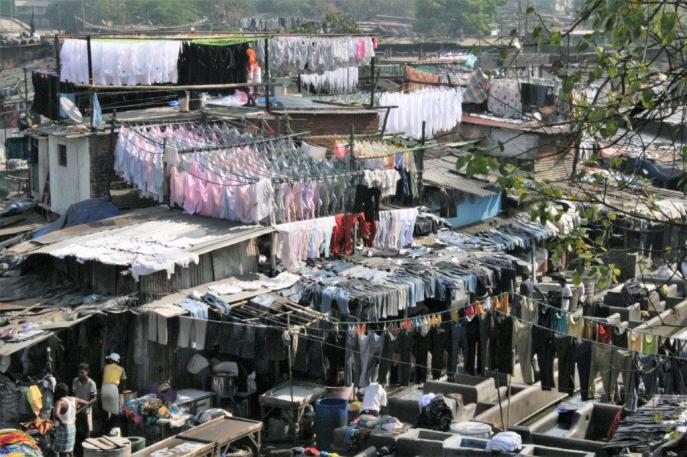 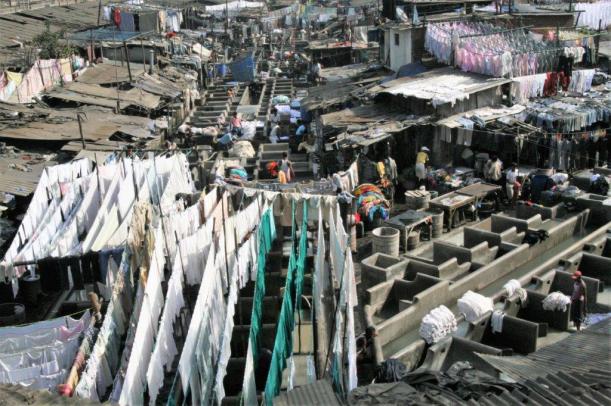 Laundry from all over Mumbai is brought here and soaped, soaked, boiled and beaten. They do the laundry for hotels and resorts, institutions like hospitals, factories, and private homes.  The men have their own private tagging system that allows them to hang laundry from different customers together but can be separated later.  As many men as are working in the laundry there are the same again going about the city collecting and returning laundry.  Everything is washed, dried, ironed, and folded and returned in 3-4 days.

The street vendors and beggars in India were very persistent and infringed closely on one’s personal space.  It was hard to witness the poverty and to see those who had been intentionally maimed as an infant so they could be beggars to help provide for the family.  Begging is an ‘honorable’ profession in many eastern countries and is extremely prevalent almost everywhere in India. 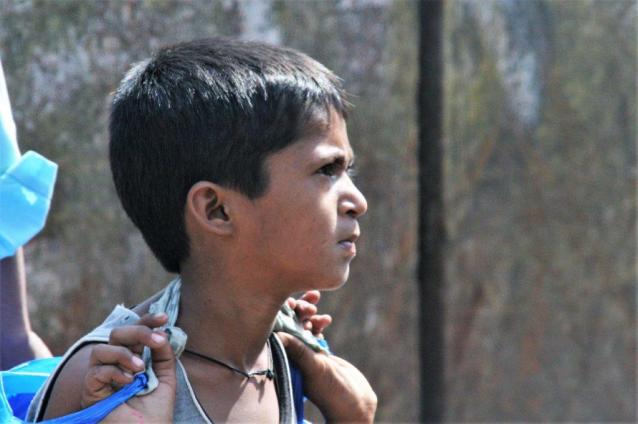 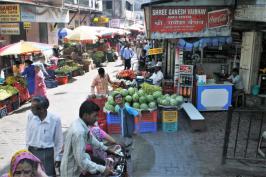 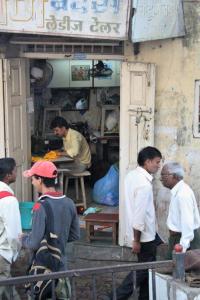 When we left the Dhobi Ghats we stopped at Mani Bhavan, the house where Mahatma Ghandi stayed whenever he was in Mumbia between 1917 and 1934.  After his death the owner of the house kept his room exactly as it was when Ghandi would stay including all of his books (about 50,000). The house is now a museum and memorial to the famous leader of non-violent non-cooperation where Ghandi’s life is portrayed in picture box dioramas, photographs and articles.

The Prince of Wales Museum was the next stop on our tour.  It is a beautiful multi-domed and arched building.  Unfortunately we only had a short time to look at a few of the exhibits.  I love museums and tend to wander around quite happily for several hours when I get inside one.

Our last stop was a short photo stop at the Gateway to India, the city’s most famous landmark; buiIt in 1911 it, too, is undergoing some renovations. 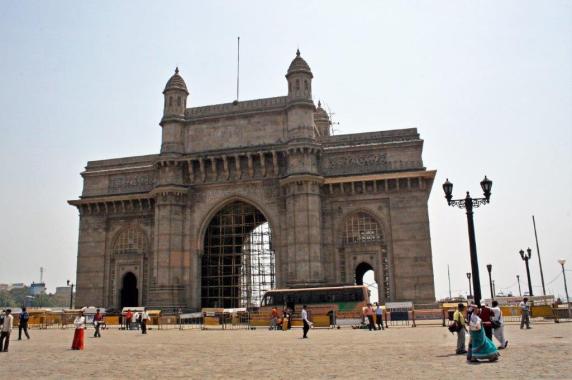 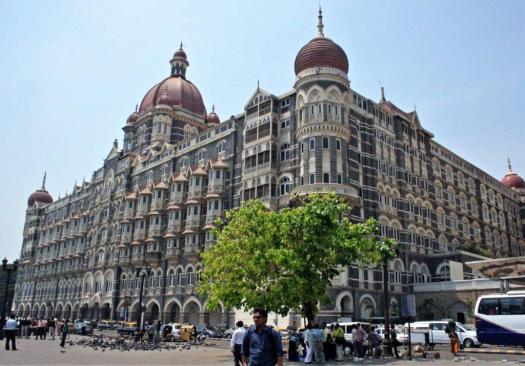 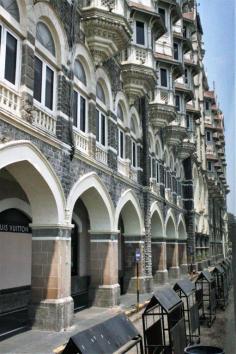 The Taj Mahal Hotel (photo on the right) that had been bombed the previous November.  If I remember correctly there were about eight attacks on various places in Mumbai that month.

We spent the afternoon resting and reading.  The next day was a sea day and was India Dress Night.  I had found a nice outfit at one of the shops at the terminal so I was suitable attired for the occasion. Elaine also wore a lovely emerald green sari.  I’m not much of a fashionista, but it was fun to wear different national attire as we traveled around the globe.