2009 World Cruise – Our day at sea between Vietnam and Malaysia got off to an early start with the captain coming over the intercom at 6:30 in the morning to say we have stopped to allow a fire boat to come from Ho Chi Min City (Saigon) and med-evac a person off the ship.  An hour later he announce the successful transfer of the person to the boat so they could be taken to the hospital and that the ship was on its way once again.  Nice of him to keep us informed, but I would have been content to hear about that later in the morning.  Of course, he had to announce it as there are always people up and about on the ship early in the morning and late into the night and they would be wondering why we were stopped and why the fire boat was alongside.  He better tell people right away or he would hear about it later.

The sky was overcast again as we docked in Kemaman, which is the capital of the state of Kauntan.  Malaysia is made up of 13 states and the Administrative District of Kuala Lampur (the country capital).  Kemaman has a population of about half a million people and was primarily known for its iron mining and the production of salted fish.  The discovery of oil in the 1980’s turned the area into a highly desired destination for migrant works.  Kemaman has the deepest port in Malaysia and has a liquefied petroleum gas export terminal managed by Petronas, the national oil corporation whose Petronas Towers in Kuala Lampur are among the world’s tallest buildings.  This gives the air around Kemaman a distinctive smell of sulphur.  The country is also ranked fourth in the world for the production of palm oil generating $10 billion a year, according to our guide (not sure if that figure is accurate, in US$ or Malaysian ringgit).

The ship was greeted by men and women in traditional dress and each woman leaving the ship was giving a rose.  Nice touch.

We had a 5 1/2 hour tour in Kemaman that began with a one hour drive out of town and over to Kauntan. 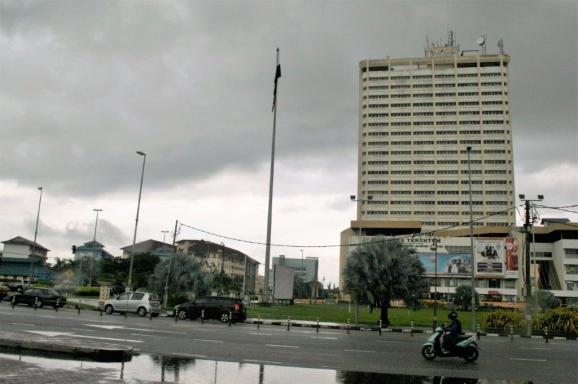 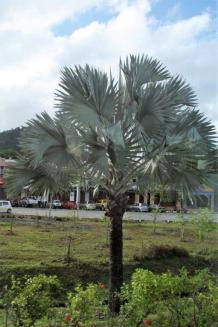 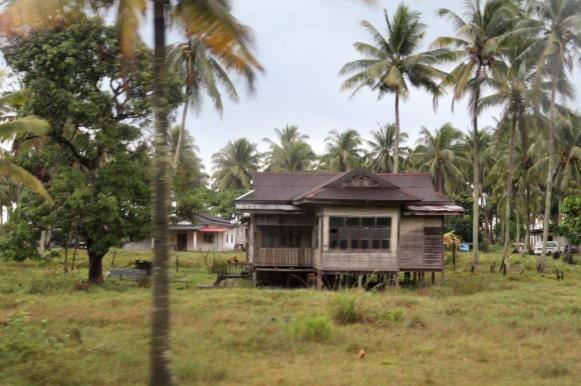 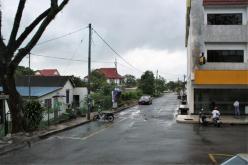 We took a riverboat cruise up the Kauntan River past many, many fishing boats and docks to a mangrove forest where we walked along the boardwalk – in the rain. 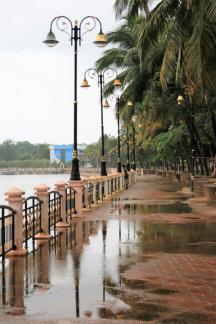 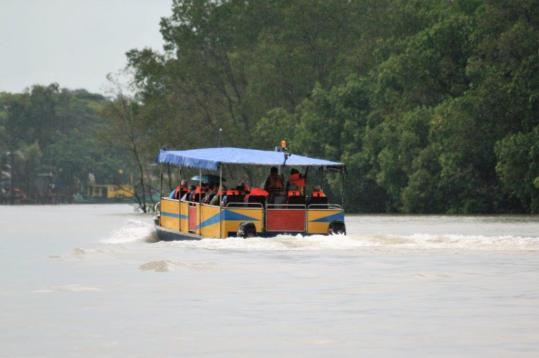 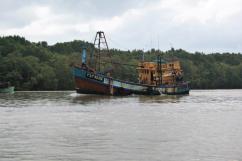 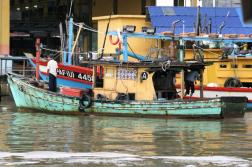 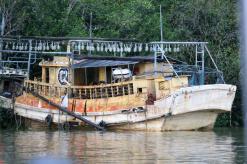 The Mangrove Reserve Forest is spread over 837 acres.  Even though you are among trees there is no ground.  Mangroves grow in water with multiple roots.  The mud lobster builds huge nests in the root masses.  The place looks pretty desolate, especially in the pouring rain as we saw it, but the various types of mangrove trees are used for many things.  One type is processed into a high quality charcoal. 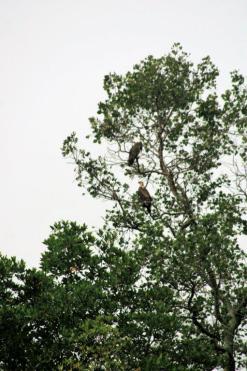 After we walked in the forest the boat took us back up the river, we boarded the bus and were driven through an upscale area of town and stopped briefly at the beautiful blue and white mosque Sultan Ahmed I State Mosque. 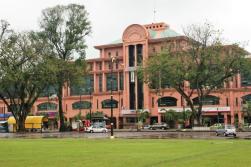 As we were leaving the mosque the rain that was on and off all day turned on with a vengeance and even the stalwart vendors at the pier packed up early and went home.  All aboard was 4:30 and the ship departed at 5 for the next-port-of-call; the island city/state of Singapore. 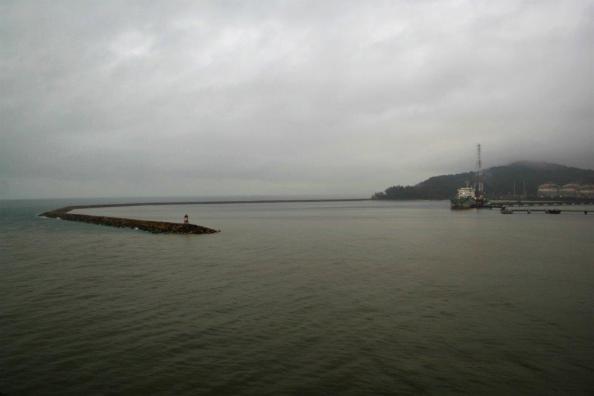