2009 World Cruise – Our tour in Shanghai was actually the kind we usually avoid.  It was called, “Shanghai – Old and New,” and essentially was a drive around the city.  It was nice to get an overview but other than the trip to the top of the Jin Mao Tower, it was a drive past city buildings and even though some of them are very nice; to me, in many ways, a city is a city is a city.  We generally  like to get out of the city and see the countryside or some historical site.  Nothing wrong with cities; they are just not particularly my thing.

Shanghai is the largest city in China and the seventh largest in the world and it has one of the world’s busiest ports.  The city sits inland quite a bit.  As a matter of fact we picked up our port pilot 55 miles out from our berth.  Shanghai port is situated on the edge of the Juangpu River.   We sailed up the the Chang Jiang River (better known as the Yangtze River) and then turned into the Juangpu to dock. The Yangtze River is 6380 km (3987 miles) long and is the longest river in Asia and third longest in the world.

Since we arrived in Shanghai the night before after returning from our four-day overland excursion, our first views of the city were the night lights from the ship’s deck. 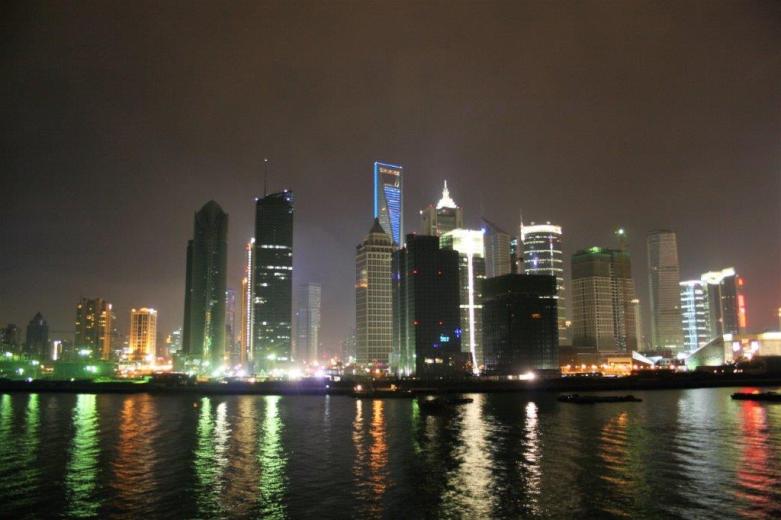 This the Oriental Pearl TV tower.  It sits near the harbour shore and can be seen from all over the place.

The first stop was the Jin Mao Tower, an office tower and hotel.  It has an open circular center and we went up to the 88th floor and looked right down the middle of the building to the hotel reception.  Cool. 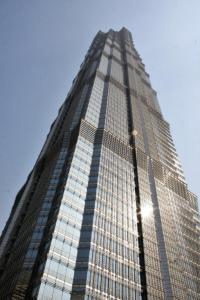 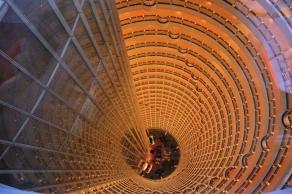 Other than being smoggy the city views from the tower were nice as well.  Our guide told us the city has grown so quickly the last few years that places she remembers from 8 years ago have completely changed with new construction. 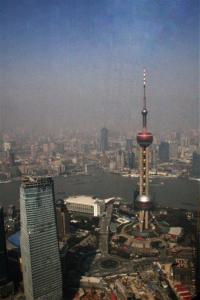 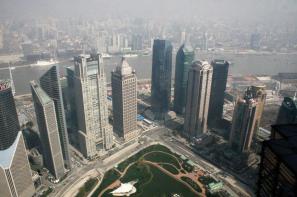 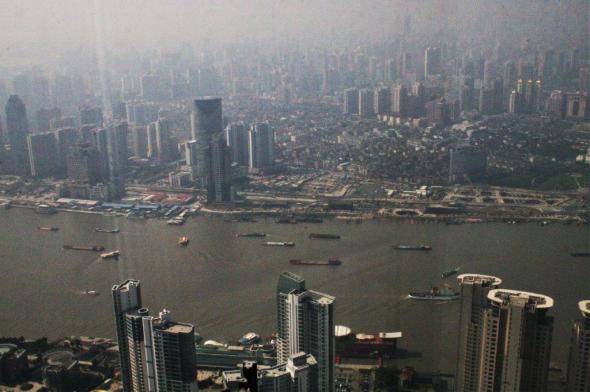 After driving around quite a bit we stopped at a park-like area to walk around.  It was pretty and the kids playing in the water fountain were cute. 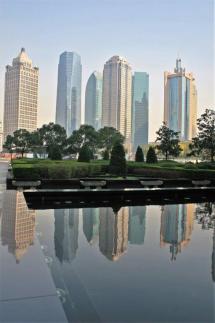 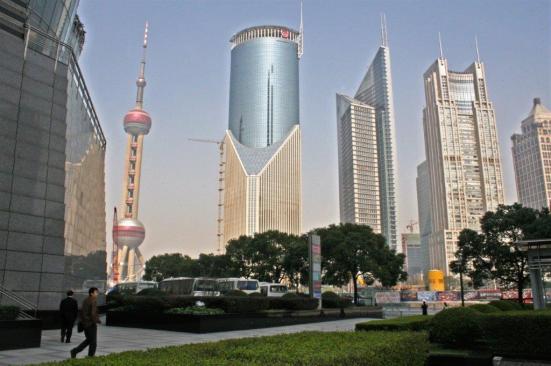 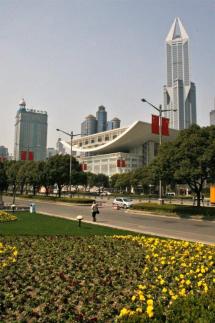 The tour was only 4 1/2 hours long so we had all afternoon remaining when it was done.  My friend Elaine said she had met a gal in the morning that promised to show her a good shopping spot – a big ‘knock-off’ bazaar.  Elaine wanted me to go with her to do some shopping, so we went to the street corner where Elaine had said she would meet the gal and, sure enough, there she was.  She escorted us down a few alleys to a store, but it was not the one she had promised Elaine so we found another girl.  She said  she knows the store and would take us there.  We wandered a merry long way through streets and across a bridge to a huge market (all Chinese; no English speaking vendors at all).  We finally gave up and the gal led us back to the original spot.

We chanced upon another couple we know – they were our neighbours in the cabin on the other side from John and Jackie – and Lesley had the correct address of the bazaar.  We took a cab this time and we entered a multi-story building crammed full of tiny shops, all hocking the same stuff and trying to get you into their store.  Elaine found a few things she wanted and spent all the money she had brought along so we returned to the ship.  All in all it was quite an adventure. 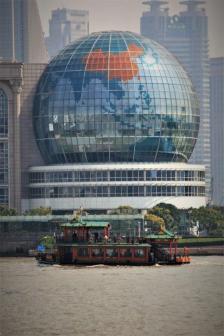 We had two days at sea after we left Shanghai.  Even though Hong Kong was the end of the second leg of the cruise, the first day at sea out of Shanghai was the official end of the first half of the trip.  I was glad of the rest after the four long days in China.  The whole time from Hong Kong through to Shanghai  was an amazing time and we both liked China very much when neither of us expected to.  It made me realize even more how wonderful this experience was, and what a great opportunity and blessing that we were able to enjoy.