A glorious, glorious sunny morning in Yarmouth and we enjoyed it almost all day, just a few smatterings of rain as we approached Bridgewater this afternoon. 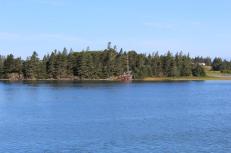 We had to visit the only provincial firefighter’s museum in Canada before we left Yarmouth.  John was a happy man wandering around all that antique equipment for over an hour.  I was impressed with the scope of their artifacts; not just apparatus, but leather buckets, old helmets and speaking trumpets, toys, cups and glasses, patches and badges galore, buttons, medals, you name it – if it was fire department related it was on one of the two floors in the museum. 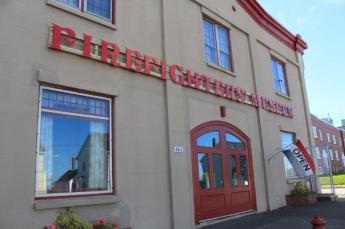 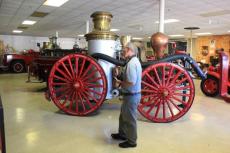 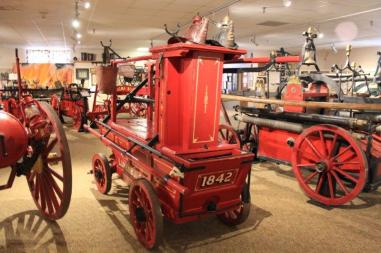 We left Yarmouth and made our first stop not too far out of town at Tusket to see the oldest surviving combination courthouse and gaol left in Canada.  There are older court houses and older gaols, but no other buildings that contained both. 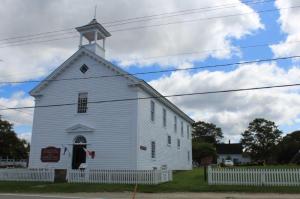 A young 6′ 4″ fellow guided us around the basement jail cells, ducking through every doorway so as not to bash his head; which he has done often he said.  There were 6 cells under the court room, one of which was for fellows incarcerated for unpaid debts and it had two bunks. The guard lived in the building and made the meals for himself and the prisoners.  The courthouse was used for Magistrates Court (the judge being an upright local man elected by the community) and Supreme Court (the judge having a law degree).  Supreme Court only happened once a year so if you committed a serious crime (murder for example) soon after court had recessed this year you would be kept in solitary confinement for the year until the judge made his circuit and returned to Tusket. 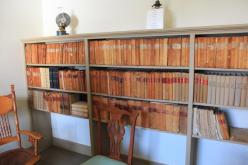 Our lunch stop was beside the bay at Woods Harbour.  John had some fun photographing a seagull sitting on a rock just offshore while I read my book for awhile. 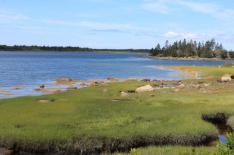 We stopped next in Shelbourne, which had a lovely old waterfront area with brightly-colored typical Maritime buildings.  There were, like many parts of Nova Scotia, a lot of shipbuilding companies here once upon a time.  They became quite famous for some of their racing yachts but are best known for creating the Dory.  This little flat-bottomed stackable boat became very popular with fisherman.  At one time a shipment of 28 railway cars full of dories was sent to Ontairo, the largest single shipment of boats ever in the country. 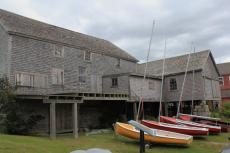 In Liverpool we had hoped to see the Sherman Hines Museum of Photography which housed not only photographs by the likes of Hines and Karsh, but lots of old photography equipment.  We found the building, but they had moved the museum to the Cultural Center which was not open on a Sunday.  Boo hoo.  I think that would have been very interesting. Nonetheless it was a very nice day. 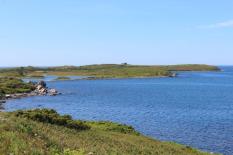