After breakfast we drove to the RCMP Heritage Center and Depot and toured the galleries, watched a series of interesting videos on the RCMP training regime, and took part of a walking tour around the Depot.  We were supposed to see the Seargent-Major Parade but it was raining – A LOT – so they moved it into the Drill Hall instead of holding it on the Parade Grounds as normal.  It was also a Graduation Day for Troop 21 and since there were three school groups with us on the walk-around there was not enough room for all of us and the family and friends of the cadets so we were unable to go in.  We did see them march into the Drill Hall so that was cool. 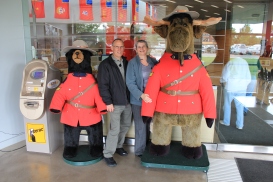 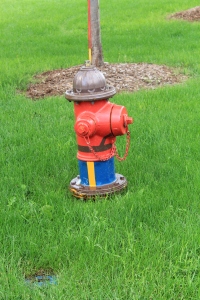 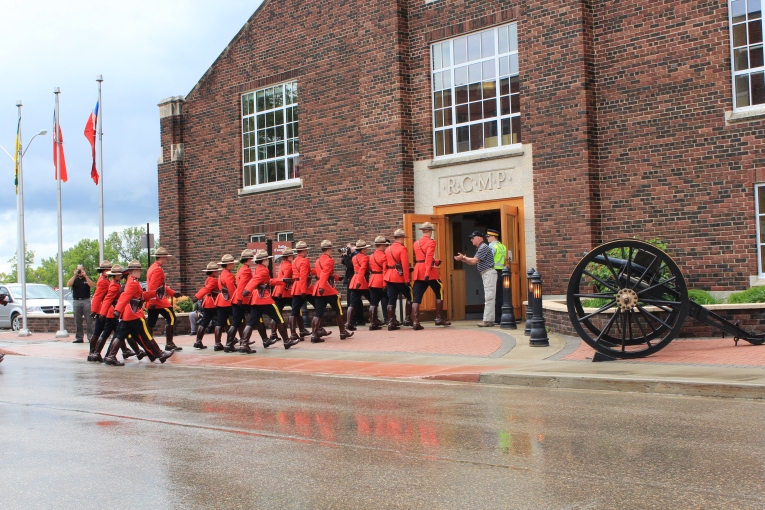 We left the RCMP Center and drove down the street to Government House which was the residence of the Lieutenant-Governor of the Northwest Territories from 1891-1905 and of Saskatchewan from 1905-1945.  It has been beautifully restored and turned into a museum of the period.  It was a real treat to wander through.  We had planned to tour the extensive gardens, but the torrential rainfall began again while we were inside and was only slowing down as we left. 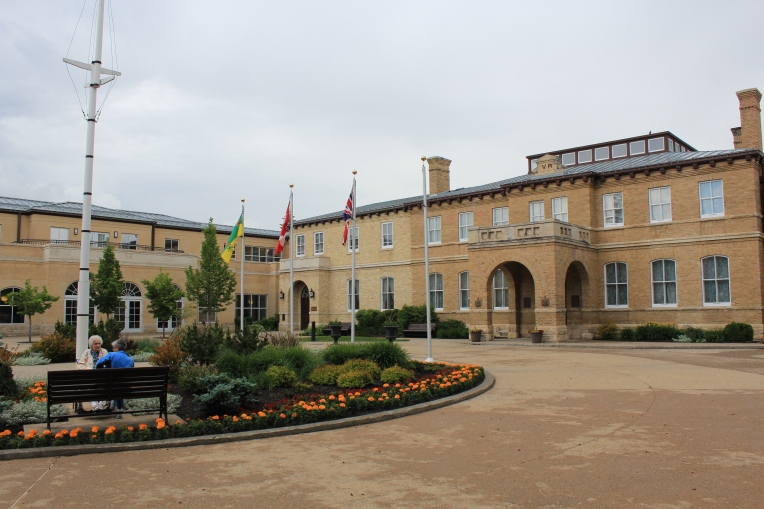 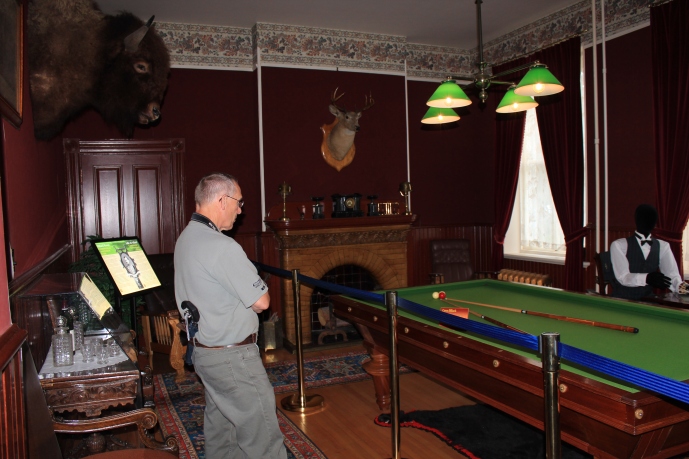 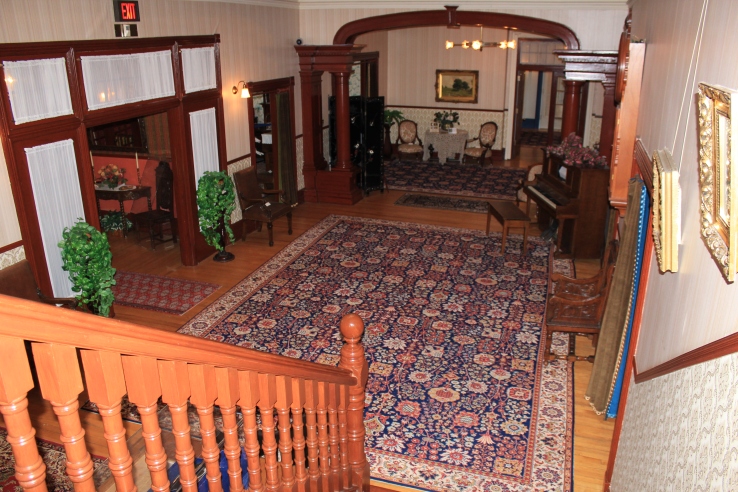 We next went to the SK Legislative Building, built between 1909-1910 and faced with white stone; it has marble from Ireland, Vermont, Cyprus, Italy, Quebec, and I think Sweden in the floors, pillars, and columns.  Beautiful, beautiful, building.  Our guide was a young fellow from Quebec so we got some tips from him on how to get around in Quebec City when we get there. 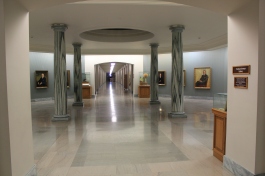 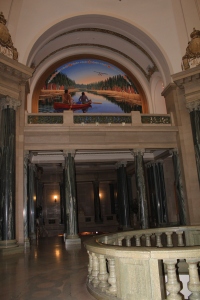 The rain had started again while we were inside – we had good timing on that all day – and stopped again as we came out so we were able to visit the nearby War Memorial. 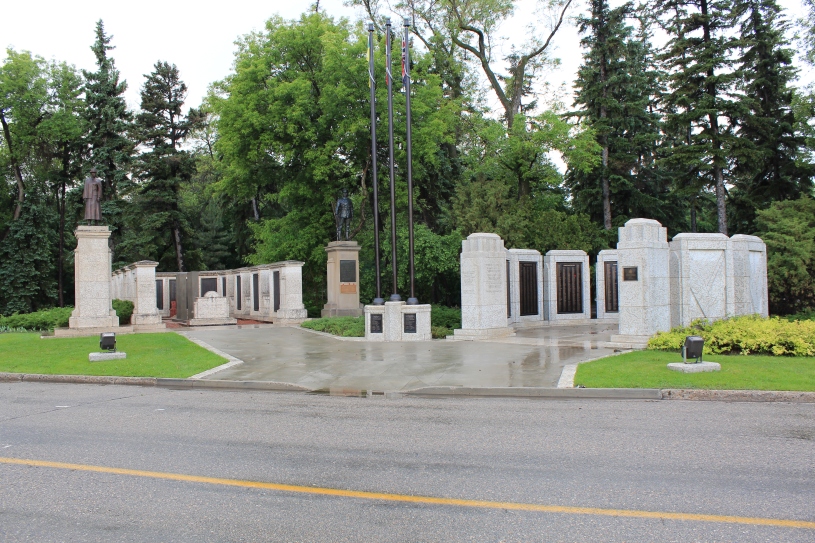 All in all it was a good, albeit wet day in Regina today.